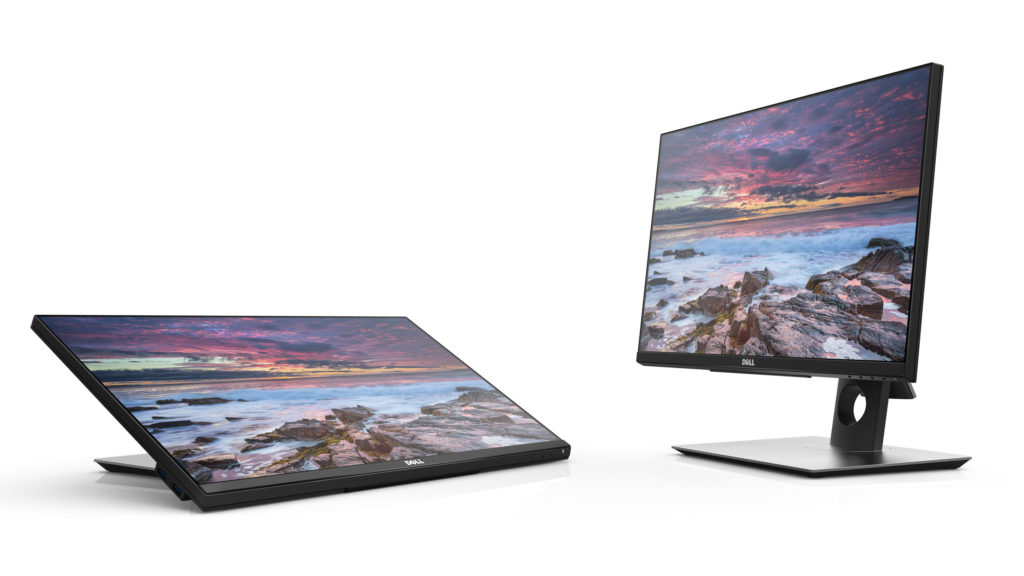 The Dell P2418HT packs 10 point touch sensitivity into a 1080p screen to recreate a niche of creative displays in an ever evolving market. Back in 2014, touchscreen monitors surfaced in the market due to the integration of the feature into Windows 8 and other applications. Sadly, it never caught on until today, when tablets and gadgets such as the Microsoft Surface Pro have begun to revolutionize the way editors and artists use the computer for their artistry. Dell foresaw a need for these devices and created a line of the segment, and that fact alone makes the P2418HT that much more intriguing. 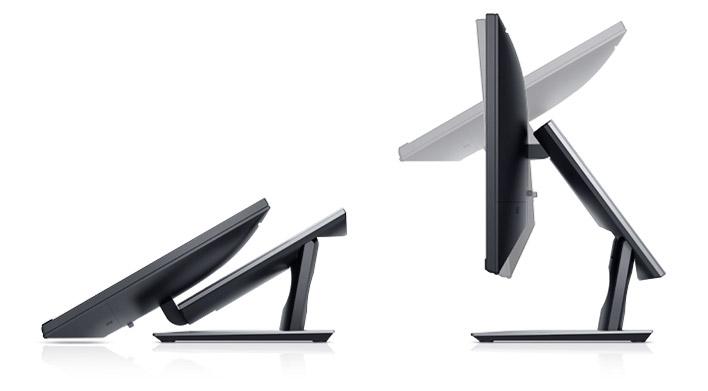 The Dell P2418HT sports the company’s well-loved aesthetic which looks clean and professional. The cabinet and stand are mostly in matte black except for the silver accents. The bezels sit at only a few millimeters on three sides except the bottom so the view space can be maximized. As far as new touchscreens go, this size is probably the smallest you can get.

Looks can be deceiving indeed if you think that this product is just like any other 24-inch display out there. What makes this product unique is the cabinet’s ability to fold down into your desk at an angle to mimic a drawing board, similar to the angle of the Surface Pro’s screen. This ability is enabled by the two-piece articulated design which the brand designed and Executed smoothly with a build quality we cannot question.

The upper arm swivels downward to allow the screen to come closer to the surface, creating an instant drawing tab which doesn’t lie flat, but still at a comfortable angle. The ergonomics may be tricky at first, and users might think that this would weaken the stability of the monitor, but Dell implemented this simple and cheaper mechanism perfectly. Of course, you can fully detach the armature and opt to mount the Dell P2418HT on VESA aftermarket solutions.

The Dell P2418HT does not come with built-in speakers, but it has a rich I/O layout for an entry-level touchscreen model.  On the back, you will find a DisplayPort, DVI slot and a VGA connector for legacy devices. There is a convenience outlet which includes the USB 3.0 slots on the left side edge, making it convenient to connect devices which can contribute to your productivity.

The Dell P2418HT features a 24-inch IPS panel with touch sensitivity, a 1920 x 1080 resolution, and 60Hz refresh rate. While the screen has 10 points of touch sensitivity, it does not have capacitive features which can detect how much pressure you are applying. You can use basic pens and your hands to work on your media at a hands-on level, but we think this model is an only a prelude to the upcoming Dell Canvas.

The IPS screen on the Dell P2418HT scored a contrast ratio of 900:1 at its max brightness which is fairly good as far as most IPS modules go. Blacks are deep and solid while the darker scenery is pleasant to view since objects are clearly visible thanks to this result. This performance provides excellence in grayscale levels, even if we hate to admit that we’ve seen better from other offerings from Dell.

Out of the box, colors are slightly skewed from their ideal points with a Delta E of 3.1, which is quite weak for an IPS panel. Thankfully, a score of 2.2 is within easy reach via slight adjustments in the color temps and the contrast slider. You can easily do this via the OSD, or you can select the included Standard mode which has decent accuracy for out of the box operation.

The Dell P2418HT’s screen uniformity is middling despite having the benefits of IPS panels since we noticed slight degradation at unusual angles. However, you can easily correct this since the product has an extra range of flexibility. This limitation might make the product non-ideal for presentations or client interaction due to having multiple viewers which is one of the many uses of touchscreen displays.

The Dell P2418HT is not a gaming monitor as suggested by its niche market and 6ms pixel response time. The company did, however, include a functional Overdrive feature which helps to avoid blurring and ghosting. Still, competitive players must look elsewhere if you want faster refresh rates and snappy pixels.

The Dell P2418HT is not as fast as a full-fledged gaming monitor like the AOC G2460PF, but our Battlefield 1 suggests that this model has an average response time which is sufficient for after-hours gaming, but sensitive and competitive users might have to look the other way. We also did not notice any annoyances with the touch sensitivity when pinching to zoom on images or selecting icons and options on the screen.

Finally, for something which requires physical contact, we are wondering why Dell opted to use a plastic layer instead of glass which is smoother and less susceptible to damage caused by unnecessary force. Even if the screen felt snappy when using fingers or a stylus, we believe that someone might eventually press or poke too hard and damage the sensitive panel inside.

The Dell P2418HT’s touch compatibility concept isn’t new, but the company’s design to integrate convenience and versatility via their robust mechanism’s design deserves an award. While this model cannot be treated as a full alternative to touch surface design products like Microsoft’s Surface Pro or Apple’s iPad Pros, we think the company is opening an interesting but highly specific niche starting with this product as the entry-level choice.

The existential question remains: What is the function of a touchscreen on a high-end desktop computer?  For manipulating text and graphics, a mouse is more precise.  As Steve Jobs noted, it makes little ergonomic sense to lift your hand from the keyboard to touch the monitor.  In their short video, even Dell seems to point out that touchscreens are a technology in search of a need.

Soon, we may see the company’s 27-inch Canvass which they previewed at CES 2017, and while that’s what we’re excited about, we can’t deny the durability, flexibility, and usefulness of this primary product. At the time of this review, the Dell P2418HT isn’t prohibitively expensive, unless compared to standard 24-inch offerings which may sometimes cost more or less a hundred bucks. Tests did provide acceptable image results, but for its price, we expected more.