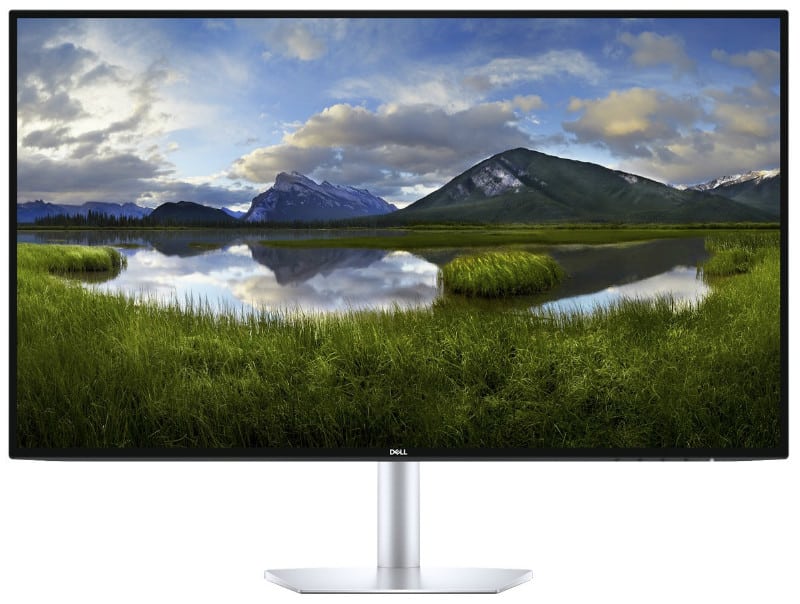 The Dell S2719DC aims to offer improved HDR and color performance over the Dell S2719DM which was decent but humdrum in HDR usage. This new model now includes a more powerful backlight system that allows the monitor to put out more colors along with a higher HDR600 certification. The Dell S2719DC should be brilliant for HDR games and movies enjoyment, but just how good is its HDR implementation that makes the product cost as much as a premium gaming monitor? 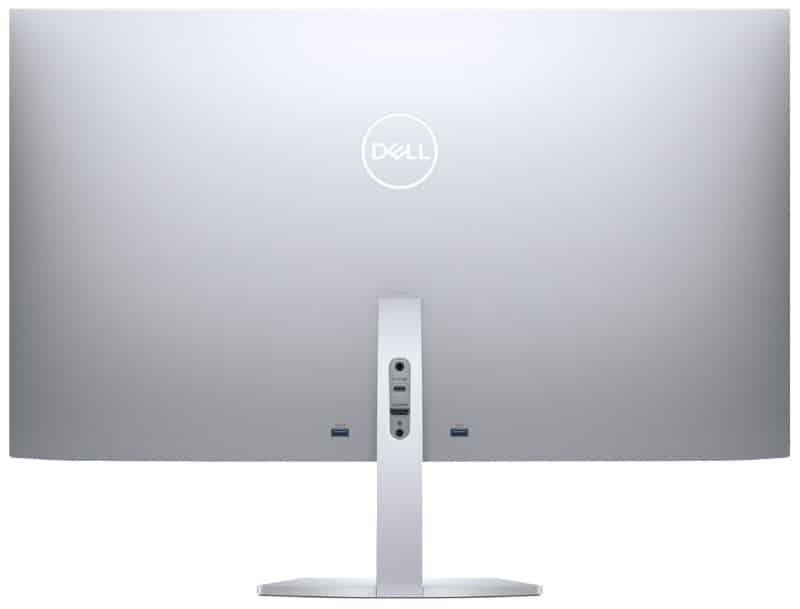 The Dell S2719DC incorporates its HDR-capable IPS screen into an ultraslim body with a matte silver finish all over. The front of the monitor doesn’t have bezels thanks to Dell’s InfinityEdge design which is in truth, a dual stage implementation. The firm’s use of aluminum on the chassis makes it a perfect match for MacBooks and XPS laptops for a clean, uniform look.

Aluminum panels also equate to excellent build quality for monitors compared to the plastics used on various models. The Dell S2719DC looks more elegant this way, plus the lack of plastic seams make it more durable and less creaky. It’s also a very nice touch that the monitor doesn’t wobble easily despite having a stand that has a small footprint.

The same stand design from the Dell S2719DM applies here which, unfortunately, still doesn’t include ergonomics beyond tilt. You are also stuck with the mechanism since there are no VESA mounting holes on the chassis. We guess that the monitor is too thin and the shell won’t be able to hold the weight once hung.

The Dell S2719DC is larger than typical desktop displays because its a 27-inch variant, but its proportions are actually modest. The chassis by itself is only an inch deep at the peak of its bulge, while the stand only eats up 6 inches of desktop depth. We also like how the upright is mounted towards the back of the footing which should enable users to push this monitor closer to a wall.

One of the selling points of the Dell S2719DC is its I/O layout which includes a USB-C slot along with an HDMI 2.0 port for video inputs. DisplayPort isn’t included since users are meant to utilize the USB-C connector’s DP Alt mode. The bad news that the receptacle only provides 45 watts of juice, so high-spec laptops won’t charge while in use.

There is also a pair of USB 3.0 slots and a 3.5mm jack for your speakers. You will need a separate pair for this model since it doesn’t come with built-ins. That matters less anyway since most speakers installed are underpowered and unsuited for entertainment purposes.

The Dell S2719DC boasts a 27-inch IPS panel with a 2560 x 1440 resolution, up to a 75Hz refresh rate, and a 5ms response time. The monitor is also HDR600 compatible for improved depth and colors for games and HDR media. This model aims to achieve its midrange VESA HDR certification with its improved backlight that has a 600cd/m2 brightness.

Colorimeter tests reveal that the Dell S2719DC does provide excellent imaging qualities for a mixed-use monitor. The display easily exceeds 100% sRGB and can reach 85% Adobe RGB for rich and vibrant colors. Accuracy out of the box isn’t perfect with a DeltaE 2.5, but its substantially better than what we’ve seen on other offerings.

You can calibrate the Dell S2719DC to get a tighter color accuracy score of DE 1.5, while gamma improves to 2.3 from its 2.4 reading. Contrast averages at 800:1 for both states so that blacks may look a bit grayish in some instances. Buying a colorimeter isn’t worth it for mixed or daily use monitors, but there is some benefit to it in this situation.

One disappointing aspect of the Dell S2719DC is its brightness which peaks at 420 cd/m2. That score is brighter than most we have tested and overpowering for daily use, but HDR 600 specifies a higher ceiling for HDR performance. The expected imaging upgrade is there, but a more complex backlight would have been excellent with the extended colors of the display.

HDR games like Hitman 2 and Monster Hunter World both present improvements in object and lighting details thanks to the Dell S2719DC’s HDR capability. Light blooming is present, while stark contrasts between objects are slightly more defined. However, the experience doesn’t come close to a display with a FALD unit like Asus PG27UQ.

Of course, that is an unfair assessment since the Dell S2719DC is a quarter of the PG27UQ’s price and specifications. Although this monitor cannot render true HDR imagery, we think its a “nice to have” feature which you can play around with. This capability is excellent for creators who want great colors and immersive casual gaming after hours.

The Dell S2719DC is also a FreeSync monitor with a range of 48Hz to 75Hz, but it is, unfortunately not yet one of the G-Sync compatible monitors on the market. It’s perfectly matched if you have an RX 590 or Vega 56 GPU which can handle games at 1440p while keeping frames above 60FPS. USB-C connectors also aren’t commonly found even on modern graphics cards, so a DP to USB-C adapter could be handy.

Motion is handled at an acceptable level with the Dell S2719DC, although there will still be some ghosting in fast-paced instances. The monitor’s extra 15Hz headroom can minimize this flaw, but some sensitive users will still be able to notice it. Setting the monitor’s overdrive function to it’s Fast setting helps a bit, but there are signs of very minor overshoot when applied.

However, what’s great about the Dell S2719DC for gaming is its very low input lag which only amounts to 5ms. This characteristic is comparable to E-Sports monitors, although the refresh rate somehow limits the display’s potential. But to be fair, there are a lot of story-driven which are well suited for this device.

Thoughts on the Dell S2719DC

The Dell S2719DC is a sleek and sexy display with a ton of potential for work and play. The screen is capable of great colors and balance, while its low latency and HDR functionality take care of games. The device is also great for basic content creation thanks to its more than reasonable color accuracy which enjoys an extended gamut.

But if you sum up the Dell S2719DC’s being, you will see several limitations which are deal breakers in today’s market. Some examples are the USB-C can only charge up to 45 watts and the tilt-only, no-alternatives stand. If you are willing to look past these flaws, then the Dell S2719DC could be the next vibrant display for your work and play setup.