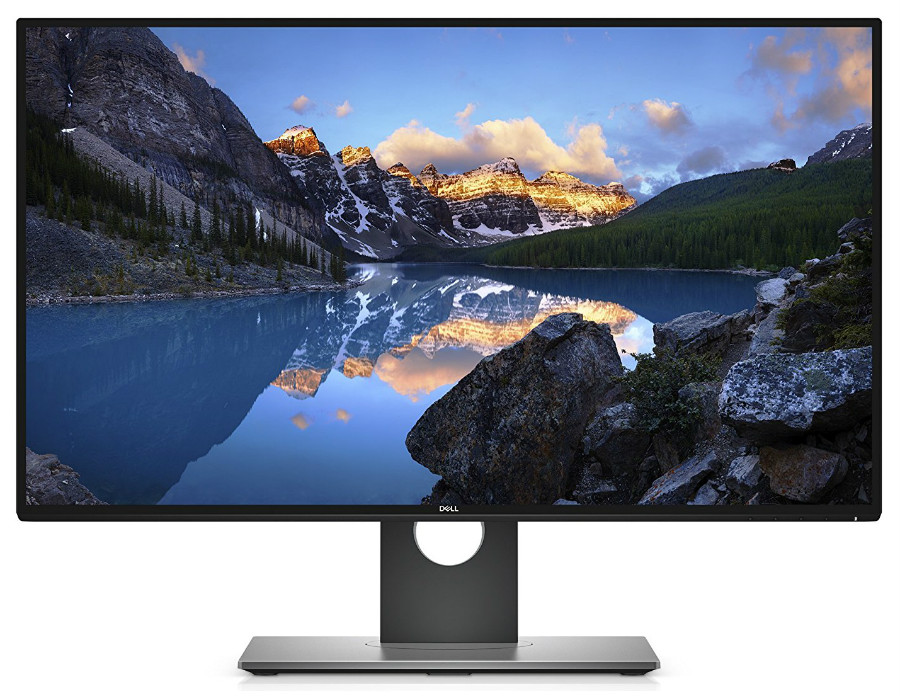 The Dell U2718Q aims to make 4K HDR visuals affordable while being a reliable, and good-looking modern display. The well-known brand is probably the most active in offering models of different shapes and sizes which are accompanied by the highly anticipated color standard which has seen little success. The Dell U2718Q’s enticing price makes it one of the most exciting products for the masses, but how does it stack against a market and technology base that has a lot of maturing to do before realizing its potential? 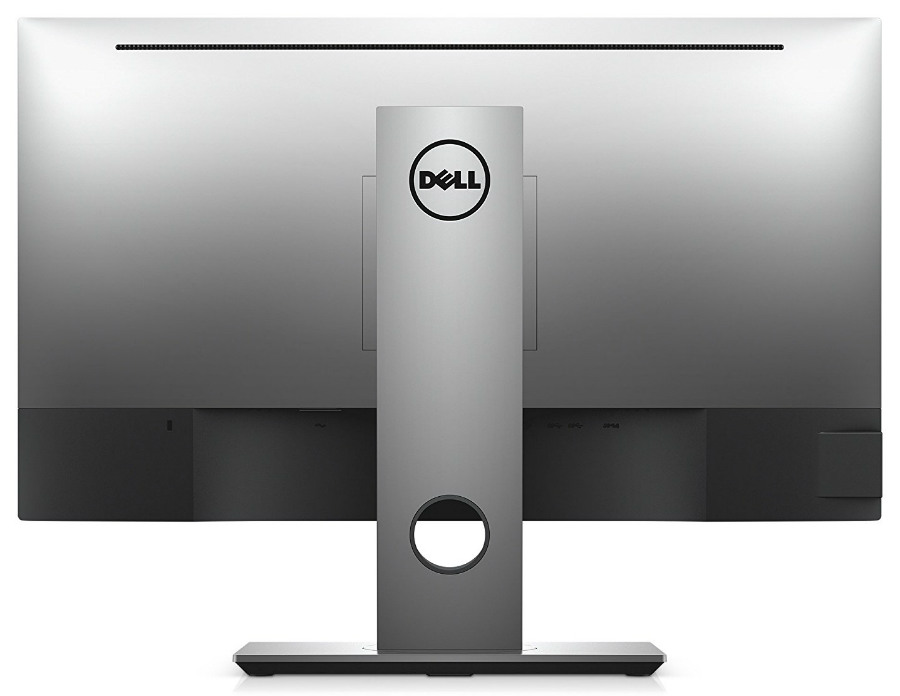 The Dell U2718Q upholds the brand’s key characteristics with a robust build and a minimalist design composed of a bezel-free face and a black and silver combo finish. Unlike its upmarket sibling, the Dell UP2718Q, this product is free from plastic strips on the face, although there still are panel borders. Every angle of the U2718Q emphasizes on sleekness, making it an attractive monitor that doesn’t overbear the environment it sits in.

From the sides, the Dell U2718Q is reasonably thin making it easy to flush mount on a wall, without sticking out that much. Modest dimensions are good and all, but this means that there is no full-array local dimming (FALD) installed here. That exclusion is already a big blow to the promise of this product’s HDR capabilities, meaning it can only offer a simulated implementation due to the hardware it’s been given.

On the left, there are two USB 3.0 slots built into a hub which serves as a convenience outlet for fast charging or USB interfaced peripherals. The Dell U2718Q has a well-equipped I/O panel which holds the rest of its connectivity options making it suitable for an all-in-one display. With it, you get DisplayPort 1.2, Mini DP 1.2, an HDMI 2.0 slot, and three more USB 3.0 ports for your accessories.

The company’s standard design applies to the Dell U2718Q’s stand, featuring a thin yet sturdy upright with a cable tidy hole, and a low-profile base. Flexibility isn’t an issue as well since height adjustments have a travel of up to 5 inches, plus you can tilt, swivel and pivot the screen. Construction quality is superb, but if you have a more suitable aftermarket option, you can quickly remove this mechanism to reveal VESA mounting holes.

The Dell U2718Q sports a 27-inch IPS panel with a 3840 x 2160 resolution, 60Hz refresh rate, and a respectable 5ms response time. A 350cd/m2 backlight is included, but we all know by now that isn’t going to cut it for HDR operation. Another peculiar spec on Dell’s list is a 1300:1 contrast ratio which should be taken with a grain of salt since our test reveals this to be inaccurate.

Dell also promised 99% sRGB coverage with a pre-calibrated accuracy of less than 2 DeltaE, which would make it an excellent monitor for designers. Our testing only revealed an actual coverage of 97% which isn’t too bad even with an IPS display. However, accuracy was disappointing at an average of DeltaE 2.5. The latter wouldn’t be so bad if it were due to oversaturation for HDR, but in the Dell U2718Q, this isn’t the case.

The company also dropped the ball in contrast, since we only found a contrast ratio which averages at 600:1, which is below average for monitors of this class. If the Dell U2718Q did better in this regard, it would add exponential improvements to the vibrancy and eye-popping output of the screen. Don’t get us wrong, to the average eye, images are still pleasant and life-like up to some degree, but having a monitor with a better rating would reveal these flaws to observant eyes.

The Dell U2718Q’s HDR implementation is only on a software compatibility level or emulated, rather than a hardware-supported one like on the Dell UP2718Q. Windows10 is already compatible, but upon turning on the option, we noticed that color reproduction suffered, since images appeared muted or washed out. This flaw isn’t the fault of the product, but we can point fingers at the limited compatibilities of the available software.

Gaming, on the other hand, showed some positivity since we did see some improvement in contrast and vibrancy in Mass Effect Andromeda and some other titles on the PS4 Pro. Input lag is also decent at 14ms, and throughout our gaming session, we did not notice any latency or delays. Sure, the 5ms response time and 60Hz refresh rate weren’t enough to avoid blurring, but users would have to look close to notice them.

The last exclusion we didn’t like about the Dell U2718Q is it didn’t include FreeSync, which by now, should be standard in all monitors with demanding resolutions. 4K would benefit the most from the tech since it smoothens out stuttering images and cures tearing, plus the input standards for this model are compatible anyway.

Thoughts on the Dell U2718Q

The Dell U2718Q is a decent monitor in its own right, but its flaws put it behind a lot of cheaper, and better-performing products. It’s only advantage is it has a functioning HDR compatibility, but even in that regard, options are limited. At this time, it’s still difficult to find content which takes advantage of the technology, and prospective buyers might need to wait longer.

However, if you want to test the waters of HDR, have a robust and reliable 4K display for your PC or 4K HDR-enabled console, then the Dell U2718Q is one of the better choices out there. This option is still cheaper and more responsive than an OLED TV for PC and console gaming, so it could be a good choice if you are willing to live with the risk of adopting early.