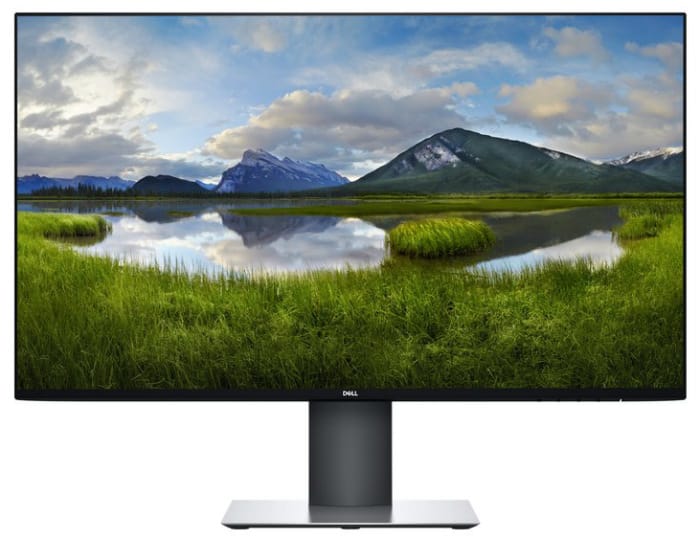 The Dell U2719D offers a 27-inch 1440p IPS panel with excellent color accuracy which makes it an attractive option for professionals and casual gamers. This new model upholds the UltraSharp branding by combining great image quality with an ultraslim, borderless design. The Dell U2719D is priced like a premium or even a 144Hz QHD monitor, but does is it well worth its cost? 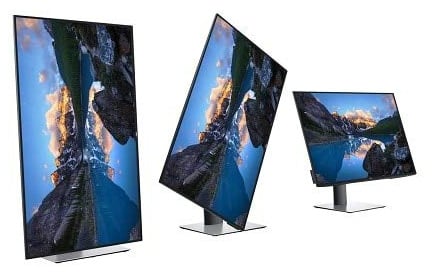 The Dell U2719D is one of the slimmest UltraSharp monitors to date thanks to the brand’s continuing commitment to minimalist aesthetics. The face sports the firm’s InfinityEdge concept which is in truth, a thinned out dual stage bezel design. The device retains its matte black and silver scheme which has always worked for varying consumer tastes in several regions.

Build quality and craftsmanship is fantastic as expected since the Dell U2719D doesn’t give off a cheap feel. The device has a nice weight to it and the plastics used do not flex or warp with minimal force. Every seam is cut nicely without any burrs and there are no signs of uneven seams on the edges.

The Dell U2719D is also noticeably slimmer than its predecessors, measuring only an inch and a half at its thickest point. This characteristic along with the reduced weight will make it easier to wall mount and more manageable when used with a monitor arm like the Kensington OneTouch adjustable monitor arm or something similar. It also looks aesthetically pleasing on an office desk due to the gentle curve of the bulge and the familiar color scheme.

What’s great about the Dell U2719D is you don’t need to spend extra bucks on an aftermarket stand since it already includes a very flexible unit. The mechanism provides height, swivel, pivot, and tilt adjustments which allow users to achieve the perfect view angle easily. This part is easily detachable if in case you prefer flush mounting or, as mentioned, an adjustable monitor arm.

The Dell U2719D also received an updated I/O layout like the rest of its siblings in the 2019 series. The panel includes DisplayPort 1.4 and HDMI 1.4 for video inputs along with a mini DP 1.4 for MST daisy chaining. We wish USB-C was included, but at least there is a total of five USB 3.0 slots with two placed in a hub on the side for your accessories.

What we immediately dislike about the Dell U2719D is its use of buttons for the OSD instead of a joystick. Most brands have adopted the latter for ease of use and a neat implementation. There is also an LED light which glows white when the monitor is in use or flashes when there is no signal from your PC.

The Dell U2719D sports a 27-inch IPS panel with a 2560 x 1440 resolution, 60Hz refresh rate, and 5ms response time. A contrast ratio of 1000:1 is also specified along with a 350cd/m2 backlight that is brighter than the recommended for daily use. The Dell U2719D isn’t an HDR-enabled model which we think is a good mood since it allowed the product to focus on improved image quality.

1440p displays are better suited when fitted into a 27-inch form factor since the crispness and clarity are well balanced. This mix is the current sweet spot for most users, although the market is now biased towards 4K UHD since not all content are coded for QHD.

The Dell U2719D provides excellent image quality thanks to a keen factory calibration treatment from the brand. The screen is able to produce 100% sRGB plus some slight extensions in some shades with an average accuracy of DeltaE 1.5 which is fantastic for a mixed-use display. You can tighten it down further by using the Standard preset, but it will drop the gamut volume to 99%.

The IPS panel in the Dell U2719D also showed strong performance in contrast, reaching all the way up to 1080:1 at around 40% brightness settings. Gamma tracks perfectly at 2.2 in all modes, ensuring visibility and grayscale rendering is always on point. Black levels are also satisfyingly deep, effectively reducing the grayish tint that’s distinct to IPS screens when viewed in darker environments.

The Dell U2719D is good to go right out of the box, but it could still benefit from minor tweaking using the Custom Color preset. Using the Standard filter is good enough for most users or as a basis for calibration due to its accurate sRGB representation. Take note that scores will vary between unit to unit especially on IPS panels since consistency is still a challenge for the technology.

The one thing that ruins the Dell U2719D’s greatness is its panel uniformity which suffers from deviations in both brightness and color. The test unit had as much as 16% brightness variance on the corners which affected color consistency. The screen stayed within DE 2.6 of the D65 standard except for the upper corners which reached DE 3.8.

The flaw is slightly noticeable if you look close enough or if you are working with a dark image. Some games like Apex Legends are unaffected, but darker titles like Space Hulk Deathwing look a bit washed out on the upper corners. But we won’t dismiss the Dell U2719D as a bad monitor easily since this limitation severely varies between unit to unit.

We’re surprised that the Dell U2719D is able to handle motion reasonably with its 60Hz refresh rate as the major handicap. We noticed a few grainy trails and ghosting on images when playing fast-paced games with stark color contrasts and varying lighting conditions. This setback isn’t devastatingly disturbing, but it is noticeable especially if you are used to 144Hz models.

We thought setting the Dell U2719D’s overdrive feature to its Fast setting could solve it, but sadly, that is not the case. Activating this option will clear the blurs up to some extent, but it will induce very noticeable overshoot. As such, we recommend leaving the monitor in its normal state to avoid these issues.

The Dell U2719D does not have FreeSync capabilities so you can’t enjoy buttery smooth frames with an AMD GPU or G-Sync compatibility. The model is clearly focused for semi-pro or mixed use, so gaming features aren’t included with the device. Input lag is limited to 6ms which is fantastic for a 60Hz QHD monitor, so a pleasurable casual gaming session is still a possibility.

Thoughts on the Dell U2719D

The Dell U2719D is an excellent IPS display for mixed use at home or the office, or even in editing and design using the sRGB color space. Dell’s factory calibration is on point, producing a display with great color consistency and accuracy. The screen has very low latency, although it doesn’t have gaming features such as FreeSync in its feature list.

Aside from the flaws mentioned above, the only reservations we have about the Dell U2719D is its premium pricing. You can get a higher-end display like a 144Hz QHD monitor for that kind of money, while some households and offices could go for a considerably cheaper option for everyday use. But if budget permits, the Dell U2719D is a fantastic option if you want a beautifully designed monitor with top-notched factory calibration.