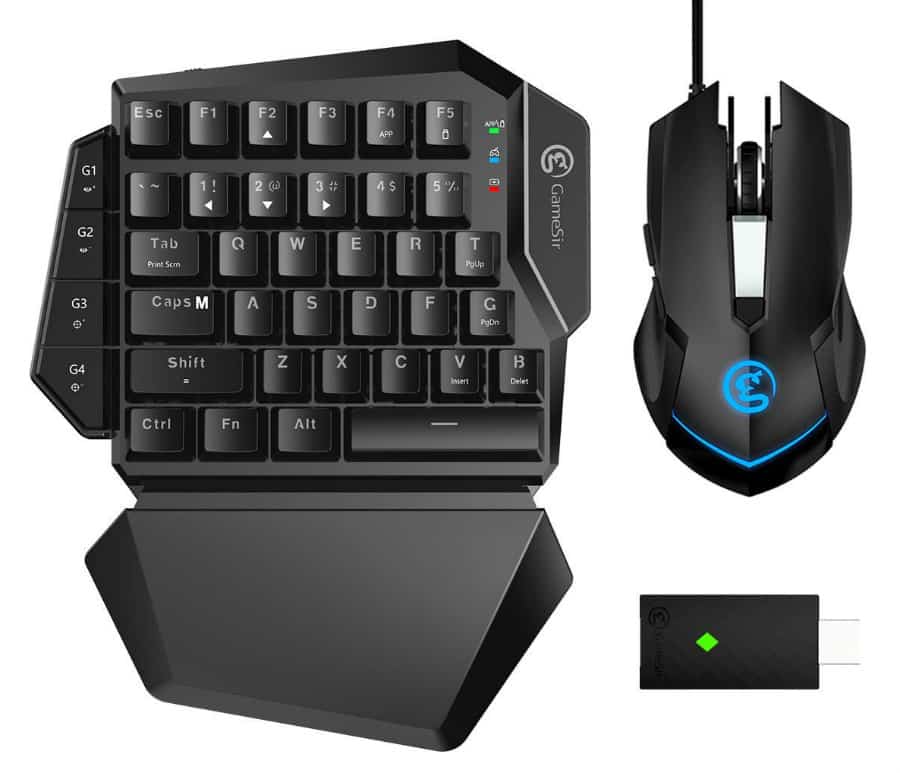 The GameSir AimSwitch VX offers a gaming-grade, space-saving alternative to full-sized keyboards without sacrificing essential features. Gaming keypads like this product are becoming more popular every day due to the addition of console gamers whose machines are now getting updates for compatibility. The GameSir Aim Switch VX offers superb specs for our favorite hobby on paper, but real-world performance and value needs to be put to the test. 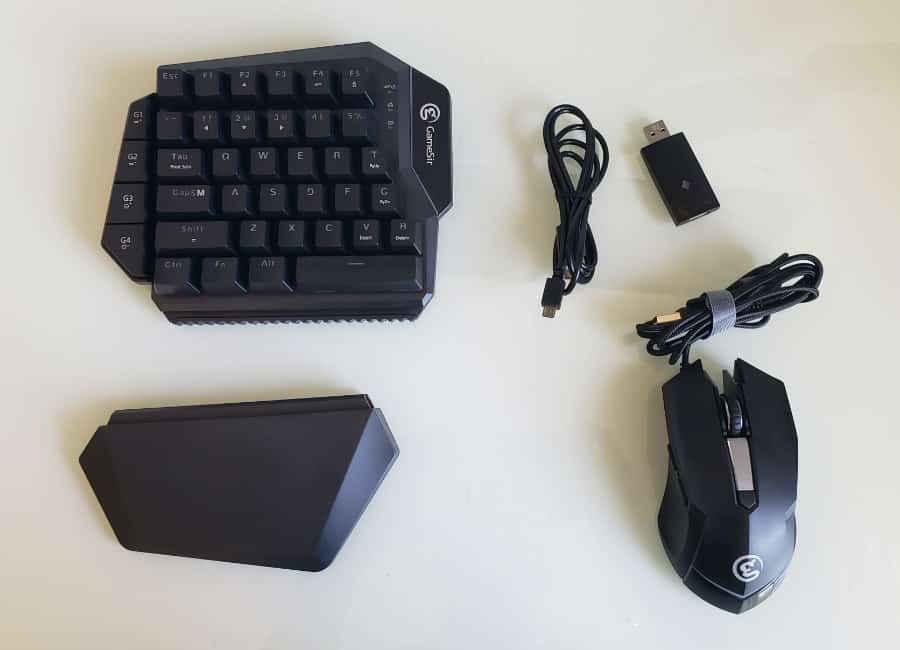 The GameSir AimSwitch VX looks well-designed with stealth-jet-like sharp angles and lines on both the pad itself and the mouse. The device includes a sliding wrist rest which you can push to the left or right, depending on how you sit in front of a desk. The combination of an attractive design that’s appropriate for modern gaming tastes along with the layout itself is very comfortable, even after long hours of use.

The layout of the GameSir AimSwitch VX is executed very well, putting almost every key within reach without making the user flex the wrist too much. The main keypad has 36 keys which may feel weird at first when compared to a standard keyboard, but it will grow on you eventually The sides have four programmable keys labeled as G1 to G4, which are meant to be used as a shortcut or macro keys for your favorite title. 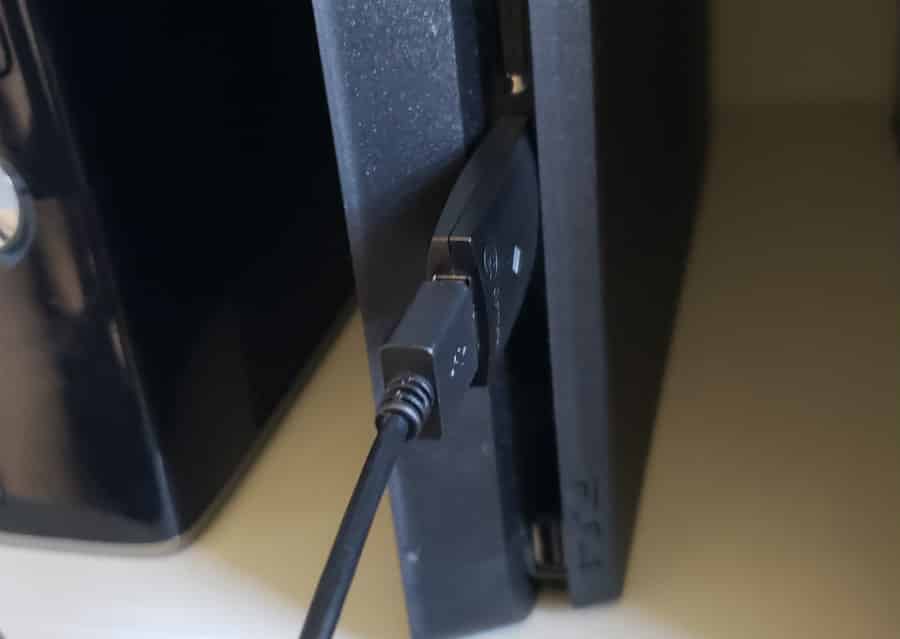 You will find a USB slot for the included mouse on the side of the chassis, along with a charging slot and a sliding power switch. The GameSir AimSwitch VX wirelessly connects to all gaming platforms using a proprietary USB dongle. We love that you don’t have to deal with more cables, but we wish the included mouse were wireless as well. 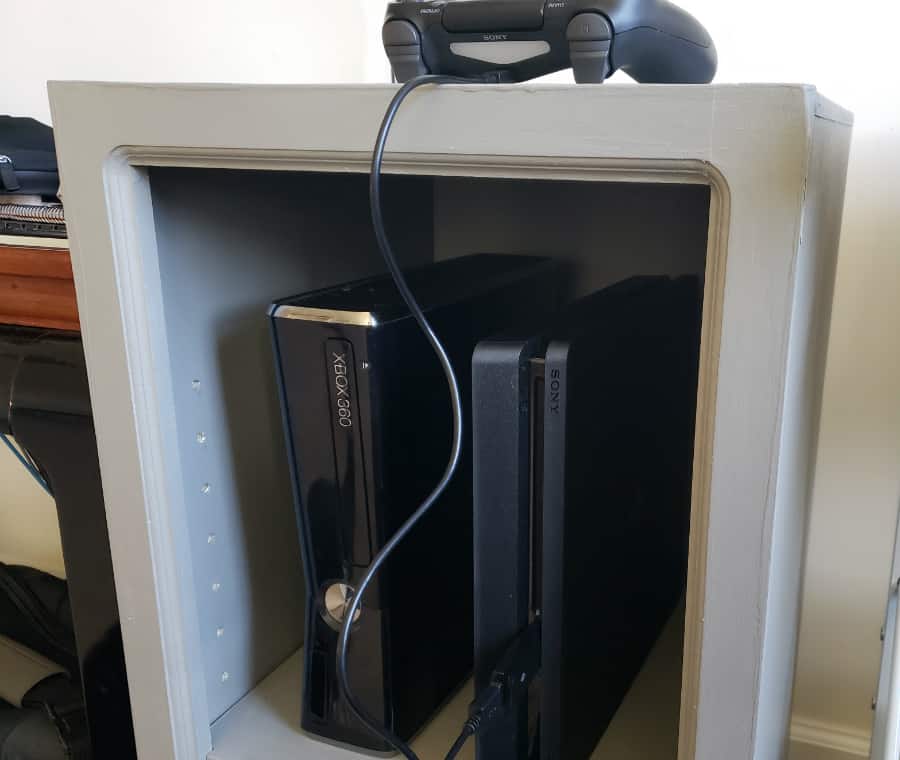 We love the solid build quality of the GameSir AimSwitch VX which doesn’t feel hollow like the cheapo products out there. The plastics are quite rigid, ensuring that there is no flex on any surface during extreme usage scenarios. The keys and their caps are solid and aligned giving us the impression that each one is meant to take the abuse from button mashing.

The keys on the GameSir AimSwitch VX are in fact, mechanical, offering clicky and tactile feedback (Blue keys) gamers love. They are also designed to outlast membrane types since there is a spring-actuated mechanism inside instead of smooshy rubber domes. This keypad uses TTC blue switches which are a less-popular OEM used by brands like Gamdias and Tesoro.

The familiar click and bum of the actuation point on each key is there which makes the TTC not that far-off from MX blues. However, the consistent smoothness and motion are incomparable, with the Cherry MX being better. Of course, the latter is more refined and expensive, but what matters here is the long-term reliability of mechanical keys.

But we’re perplexed as to why the keyboard doesn’t include LED Lighting which is very useful for gaming at night. We know most users would gladly pay a bit more cash for a bit more bling, or even RGB lighting that is customizable. The mouse, on the other hand, includes RGB illumination, but we feel that it’s pointless if the keyboard cannot follow suit.

We can’t compare these keys to high-end options like Romer-G or Razer Greens, but what matters most is the value of the product. Most of the GameSir AimSwitch VX’s asking price goes towards the cost of using mechanical keys instead of membranes. This gadget isn’t cheap, but the asking price isn’t unreasonable either, so we think the product offers excellent value based on the build quality alone.

But on the other hand, the included mouse for the GameSir AimSwitch VX isn’t comparable to the keypad which was excellent over all. The mouse doesn’t have the same solid-construction feel, plus the extra buttons feel squishy instead of tactile. So it’s a good thing that any USB gaming mouse will work with the Aim Switch VX, providing users with more options based on personal preference. 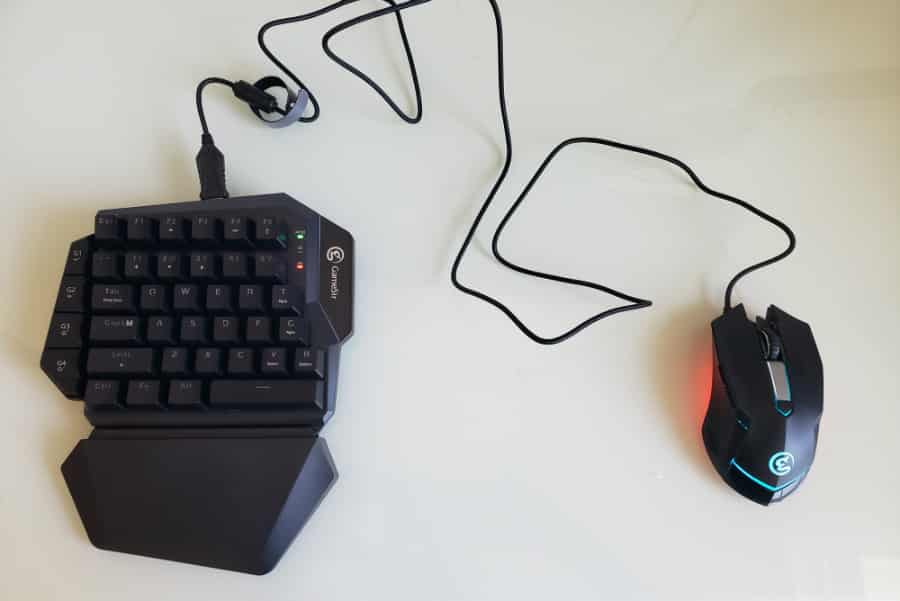 The GameSir AimSwitch VX is easy to use and should be ready to go in minutes for most users. The device is plug and play using its Bluetooth dongle, so you don’t need to exert a lot of effort to start gaming. However, the gadget requires a slightly different setup for PC and consoles like the Xbox One X.

The USB dongle works just like any other USB dongle on most Windows PCs, requiring you just to slot it into a free USB receptacle. Consoles, on the other hand, require a different path which is a bit strange since you need the device’s controller. The way it works is you need to connect the dongle to the console then connect its controller to the USB passthrough slot at the rear.

The GameSir AimSwitch VX transmits your inputs to the controller which acts as the dongle’s antenna, which is frankly, weird for us. We know that restrictions like these aren’t new to Sony, Nintendo, and Microsoft, but its a bit unintuitive for us. Only the PS3 doesn’t require its controller, but its an older console that doesn’t get the popular titles this gadget is designed for.

However, once you get through the messy affair of connecting the GameSir AimSwitch VX, it will work flawlessly. You don’t need to download any drivers or apps for the three consoles so that you can enjoy the pinpoint accuracy offered by this peripheral. Having the WASD and QWER keys are a godsend for console gaming, but the ability to point the crosshair with ease courtesy of the mouse is the more significant benefit for most users.

The GameSir AimSwitch VX is excellent for FPS titles, but adventure titles like Spiderman 2018 feel awkward on the device. Some in-game control inputs which require the Analog sticks are difficult to do with the keyboard layout, so you may find yourself switching back to the ole’ controllers.

The GameSir AimSwitch VX also comes with an app for your iPhone or iPad called G-Crux which works well without any fuss. This program lets you bind keys and set presets for PC and gaming consoles by pressing the F4 key. You can also update the gadget’s firmware using this method, which is handy in case new titles aren’t readily compatible with it.

Thoughts on the GameSir AimSwitch VX

The GameSir AimSwitch VX is a well-designed device that makes gaming a bit more intuitive and user-friendly. The mechanical keyboard and the mouse are fantastic for FPS games on consoles, providing users with more control and precision. We love the overall design and build quality of the device which is refreshing and attractive.

However, we can’t say that the GameSir AimSwitch VX is executed perfectly since there are a few limitations. The most prominent example is the included mouse could use improvements in the design, so users won’t need to switch to a more refined model. But we think that these minor complaints are forgivable since the GameSir AimSwitch VX doesn’t ask for a lot of cash, making it an excellent buy for multi-platform gamers.

Editor’s Note: Feel free to check out the GameSir AimSwitch VX’s official website by clicking this link. You can also check out the other unique gaming peripherals GameSir has to offer.