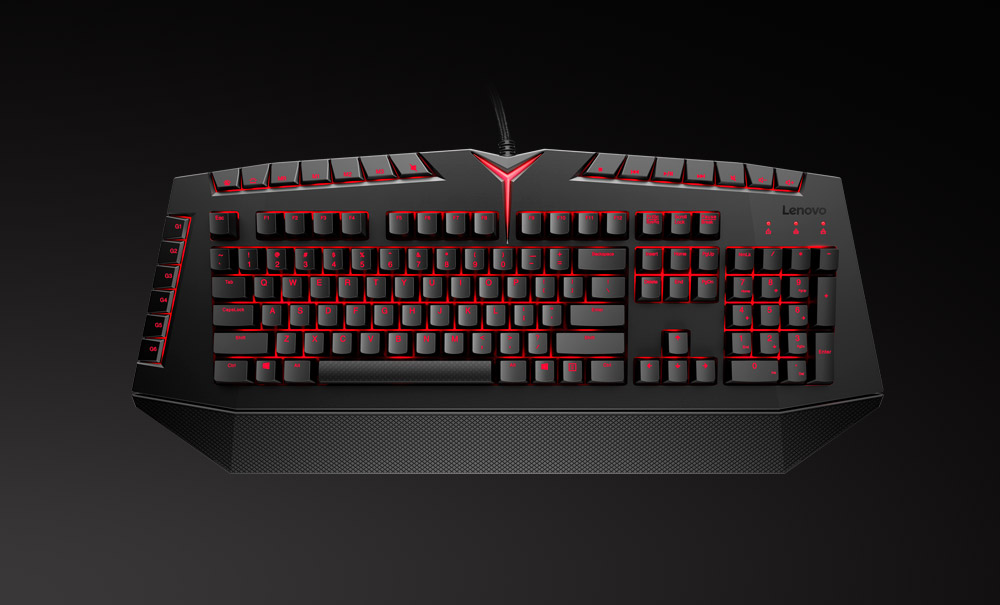 The gaming industry is on the rise, and with no signs of slowing down, computer manufacturers around the world have tapped into this ever growing market with loads of unique, customizable peripherals. Among that equipment, a gaming keyboard is of an essence to any hardcore PC gamer. So what defines an ideal gaming keyboard? At first sight, those flashy keys and other gimmicks might seem great, but the truth is that there is a whole range of factors that impact performance and usability. If choosing a good gaming keyboard has become a task for you, we are here to help. Here is everything you will ever need to know before making that purchase:

Many may not take this into account, but it’s very essential to decide on this upfront. You don’t really end up spending a lot of time on your average keyboards. A bit of browsing and typing maybe? But a gaming session lasts for hours. It is very important for you to stay comfortable and enjoy the experience. So it all comes down to the kind of environment you are in. Let’s take a look at how things pan out with each one:

Wireless keyboards – They are primarily of two types, one with the RF connectivity and the other with Bluetooth. RF connectors are the most widely recognized and work on 2.4 GHz frequencies, just like the cordless telephones and Wi-Fi web do. Why? Battery life. Let’s admit it; it is always better to sit back on your couch when you have large screen displays. Plus, nobody wants to be bounded by wires.

Wired keyboards – These generally connected to the USB port of a PC, and don’t require any extraordinary programming (except for some gaming keyboards), and are the most widely recognized keyboards available. While the benefits don’t really stand out – they are typically less expensive than their wireless counterparts and don’t require any batteries. Just simple fitting and play, no slack.

Depending upon your arrangement of the room and the space available, you can decide on what would fit your best. If you’re short on space and bounded by a small display, a wired one is good enough. Otherwise, wireless is the future.

It’s very important for gaming keyboards to be optimized; precision and accuracy are a priority for a smooth gaming experience. Even though mechanical keyboards were discarded with new membrane technology in the past, they have found their way back due to the accuracy and durability they were initially known for. There is a large variety available depending on the user requirements – they range from simple functions to complex ones that require supplementary software for added features. Here are some of the usual features found on a gaming keyboard:

Macro: In simple words, a macro is a software used to do repetitive tasks by customizing a series of actions with one command; essentially helping you save time. For example, a certain custom command which requires the player’s combination abilities could be done with a click.

Extra Keys: Think of those games that demand constant tapping and quick reflexes; they certainly demand a lot of effort. To minimize the sweat, many manufacturers include customizable keys in their products. The next time you want to quickly switch between a sword and a gun, all you need to do is tap that particular button instead of hitting those hard combinations.

Digital Keys: Something that adds to the overall ease of use are the LCD trackpad. Combined with the touch screen, it can be customized not only in function but also appearance wise.

Toggle Keys: This is a much-required function for the gamers, which doesn’t let the game be pushed back because of some computer function. For instance, all of us have faced the problem of “Start menu” in the middle of the game.

Add-On Functions: Along with the gaming functions, the new gaming keyboards have other multimedia functions, which could be used to control the volume or be used for facebook or twitter, making it very user-friendly.

Backlight: Gaming in the dark is no fun if you can’t see your controls – Few keyboards have inbuilt features to customize the backlight, for example, Steel series. This is one the common features which are easily available.

Key Switches – Do They Matter?

Of course, they do! These essentially determine the durability of the keyboard. They also make servicing easier. One could go further and even possibly state that they’re a decisive factor in the quality of a particular device. With rapid advancements, we now have three different types of key switches available:

Silicone Dome Switches: The most common and routinely used type, are the silicone dome switches which require a full-fledged press all the way down to the bottom. They also give a silent feedback thus making it difficult for users to perform quick strokes. In the gaming world, where speed is such an important factor (think of multiplayer online games or reaction based games) would suffer and they would not make an ideal choice.

Scissor Keys: Scissor keys are usually found in the keyboards or ultrabooks. In comparison to silicone dome switches, they are much faster due to the reduced travel distance. They give a uniform typing experience, producing a soft clicking noise. Though they last longer than the silicone dome switches, the problem with them is that the key heads easily hit the other key heads, which could be dangerous in a closely contested game. They are also difficult to repair and not that touch sensitive.

Mechanical Switches: Mechanical switches are probably the most recommended of the lot. They’re durable and easy to repair. Another benefit lies in programmable custom keys, thus saving money and effort. No extra input devices needed. It is a perfect choice for all sorts of gamers, especially the hardcore ones who deal with a variety of genres frequently.

Things are much simpler now – look for a keyboard that matches with the aforementioned suggestions. Let’s sum up – mechanical keys, wireless connectivity and loads of extra functional keys is what you should be looking at.