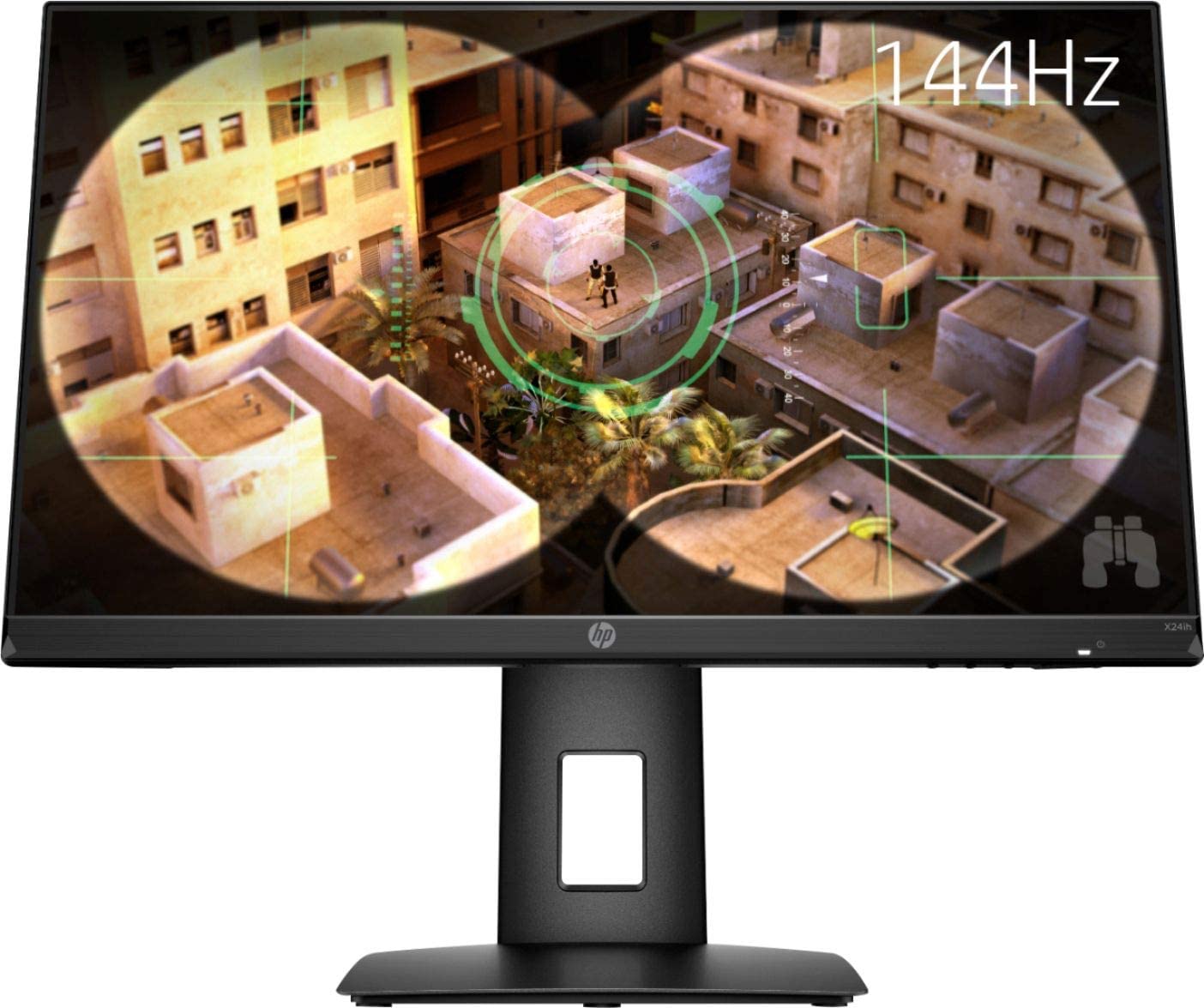 The HP X24ih offers a fast and vibrant IPS screen that’s great for gaming at a very attractive price point. It belongs to arguably the most competitive segment in the monitor market, so it has big shoes to fill in to get to the top spot. Let’s see if the HP X24ih can join the top ranks and if it’s a worthy upgrade for your battlestation. 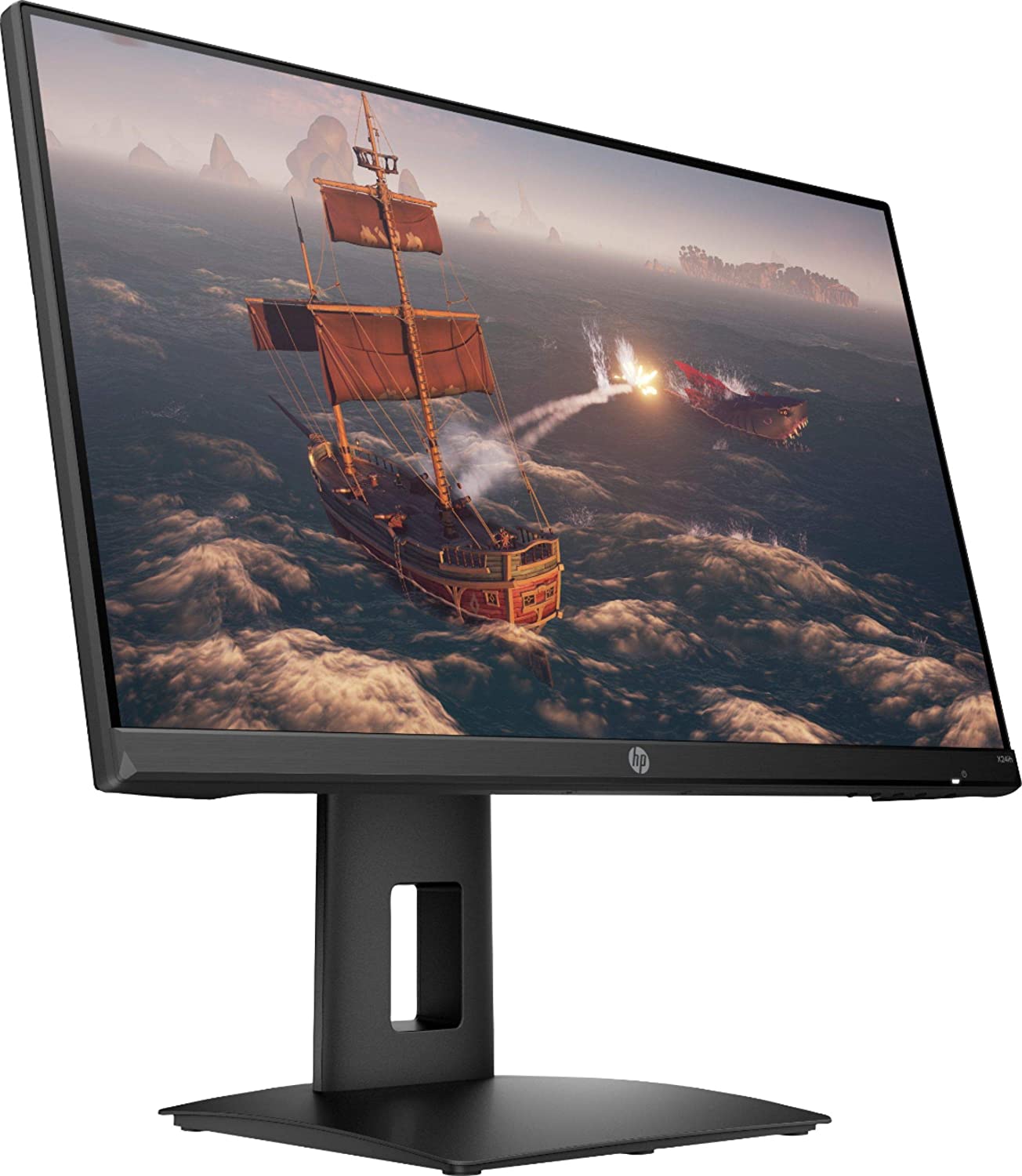 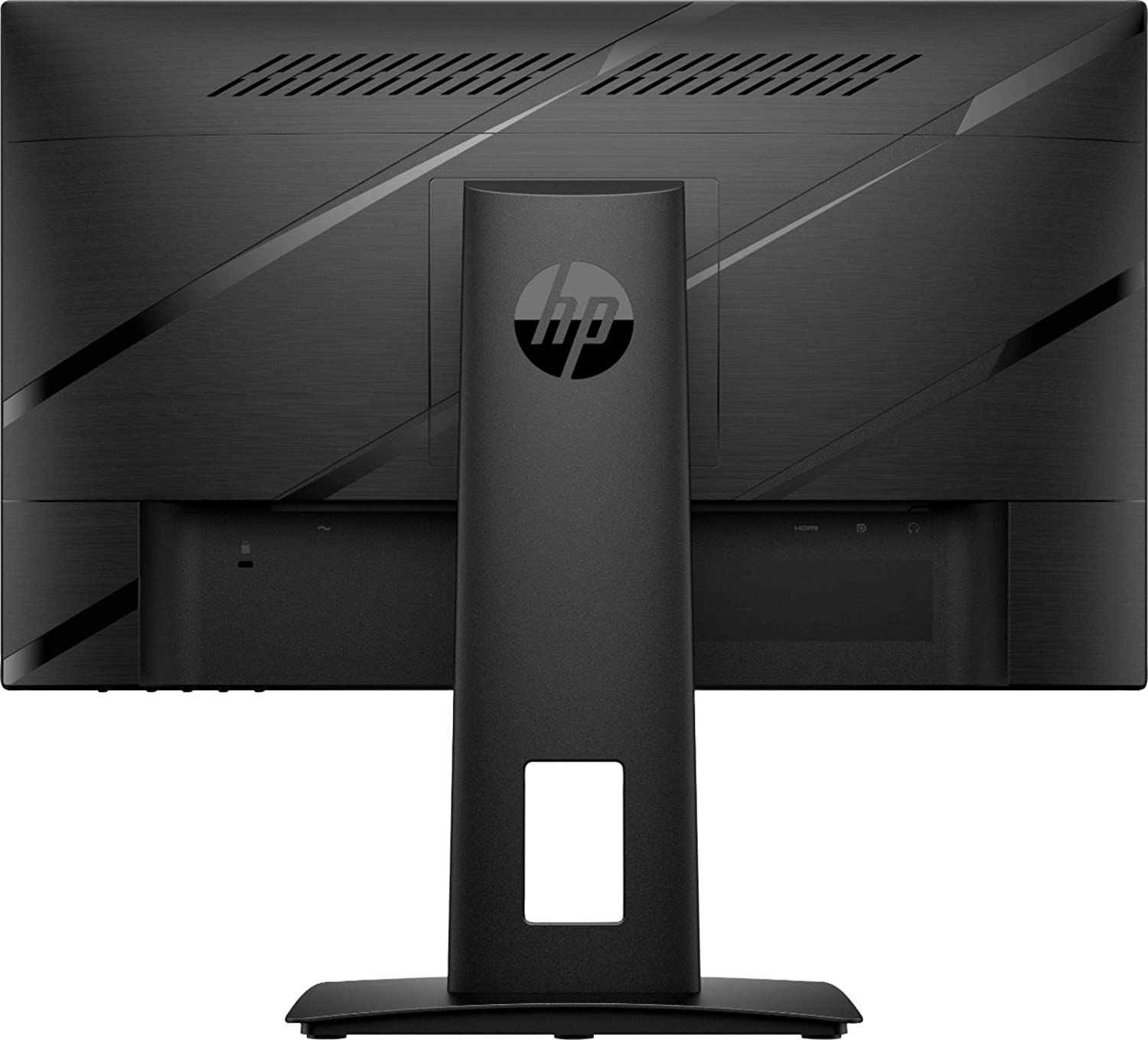 The HP X24ih doesn’t look too far off from an office monitor, so it won’t clash with your themed setup. The monitor has a matte black finish all over without the red accents and décor you’d normally see on an Omen gaming monitor. the display is bezel-free on three sides, but you will still see thin inner borders when it’s turned on.

The HP X24ih is one of the most compact monitors we’ve reviewed this year, but it’s perplexing that it weighs 13.45 pounds. But what’s great about it is it doesn’t take up a lot of space or depth from your desk. However, the base is slightly curving upward, so it’s difficult to place objects on it and expect it to stay there while you enjoy your games.

Build quality for the HP X24ih is great since there are no signs of defects or weaknesses even if it’s a budget monitor. The extra weight we mentioned might be due to extra reinforcement on the chassis, so you’d know that it’s quite durable. We also didn’t notice any wobbling from the stand so you won’t get dizzied by a shaking screen while playing intensely.

One downside of the HP X24ih that’s still persistent on budget monitors is its OSD button layout. It’s not a big issue for many users, but tiny buttons are always more confusing and time-consuming to use versus joysticks. Most users won’t mind, but those who like to tweak and calibrate their settings regularly will not like it.

The HP X24ih’s stand isn’t as flexible as its competitors since it only offers tilt and height adjustments. The latter is what matters most since it will allow the monitor to cater to different heights and seating positions. You can also swap it out with a VESA mount, but that’s only necessary if space is limited or if you want more flexibility for a multi-monitor setup.

The HP X24ih’s connectivity layout is simplified to help lower the total price in the market. But don’t worry since it includes DisplayPort 1.2 and HDMI 2.0 which frankly, are all you will ever need to use it. There is also a 3.5mm audio output jack for headphones, but it’s mostly useless unless you are using the monitor for console gaming.

The HP X24ih doesn’t have speakers, but that’s ok since omitting them most probably helped lower the price. its target audience will also most likely have gaming headsets anyway, so the built-ins won’t see any use. However, they do come in handy for productivity, but even, we feel like it’s too much to ask for at this price point.

The HP X24ih sports a 24-inch IPS panel with a 1920 x 1080 resolution, 144Hz refresh rate, and a 1ms boosted response time. The backlight is listed at 350 cd/m2 while the contrast ratio sits at 1000:1 like most IPS panels.  This model doesn’t put emphasis on special features like HDR, but it promises vibrant color and fast response times.

24-inch 1080p monitors are still closely regarded as the universal standard for competitive gaming and productivity. It’s not too sharp to cause eye-strain for some users while gamers can consistently enjoy high framerates. Some may consider 1080p monitors to be obsolete, but you have to give them credit for their staying power in the market.

The HP X24ih renders 100% of the sRGB gamut with some extensions so it looks vibrant and alive in both games and movies. The default deltaE average sits at 2.35, so it looks balanced and ready for use outside the box. The screen looks a bit cooler than tuned sRGB monitors for editing, but it’s not disturbing or noticeable in games.

Calibrating the HP X24ih improved its dE average to 0.64, making it suitable for editing work. Doing so will correct the color temperature, but a colorimeter was used to straighten it out however, it’s not worth the cost of a colorimeter since this monitor is mostly for gaming, so we can only recommend going through it if you already have the gadget on hand.

The HP X24ih reached 355 cd/m2 at 100% brightness, but its contrast is dismal at 905:1 at 60% brightness. It works great in well-lit rooms, but it can look washed out when used at night due to its limited contrast. This limitation is common for IPS panels, but recent releases like the BenQ EX2510 or the AOC 24G2 are better in this regard.

Panel uniformity for the HP X24ih is decent overall since there were no considerable backlight leaks on the corners. However, its black uniformity could use some improvements since there are clouding issues on some of the screen’s quadrants. This aspect varies between every unit, so it’s entirely possible to get a better unit from retailers.

The main strength of the HP X24ih is its pixel response time which did not produce blurring or motion artifacts during tests. It looks smooth and clear at its maximum refresh rate, so there is no need for backlight strobing or similar solutions. However, the monitor also has an overdrive, but we recommend staying at the Level 2 setting since anything higher will induce noticeable overshoot.

The HP X24ih is a FreeSync gaming monitor, but it also works flawlessly with Nvidia’s G-Sync Compatible mode. This duality is always nice to have since you don’t have to ditch the monitor if you want adaptive sync while switching to the other brand. Input lag is at 4ms at 144Hz, so there is no need to worry about delays while gaming.

Thoughts on the HP X24ih

The HP X24ih is a decent pick for budget gamers who want a fast and decently vibrant IPS gaming monitor. it doesn’t offer wide gamut coverage, but the 100% sRGB output and the good default accuracy should be great for gaming. Motion handling is its most impressive aspect, so competitive gamers won’t need to worry about blurring and ghosting.

However, the HP X24ih isn’t free from limitations since it is a budget gaming monitor. it lacks a few creature comforts which are forgivable, but its contrast ratio needs improvement especially for gamers who play at night. It’s a decent buy at the $200 price point, but similar options like the aforementioned AOC 24G2 will still be better.