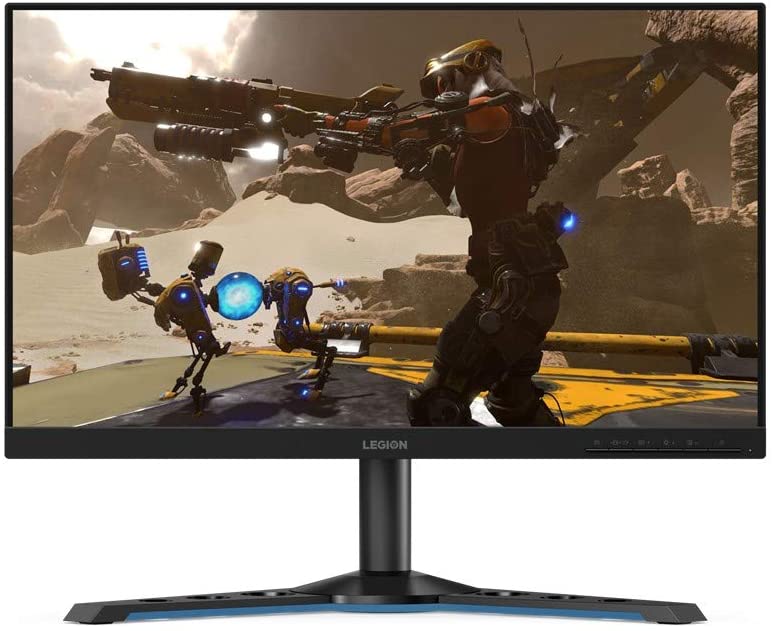 The Lenovo Y25-25 is the brand’s front runner for its 1080p monitor line up in the Legion series of gaming products and peripherals. The brand’s gaming monitors have always been reasonably priced with a great performance where it matters most. The Lenovo Y25-25 looks like a great buy at its more or less $300 price point, but let’s see what it has to offer on the technical side of things. 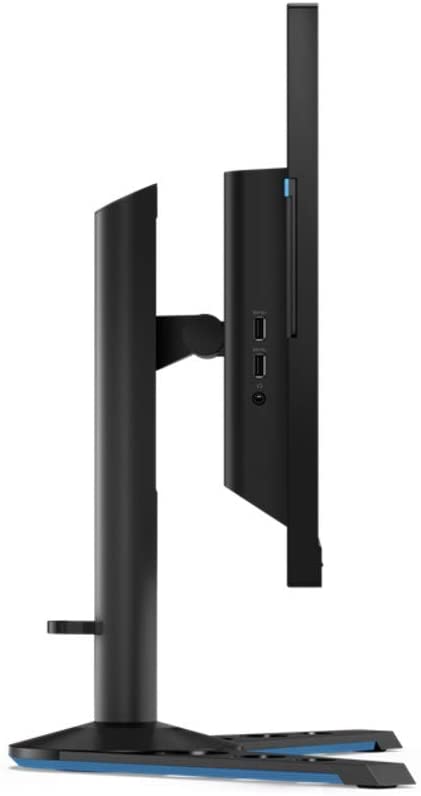 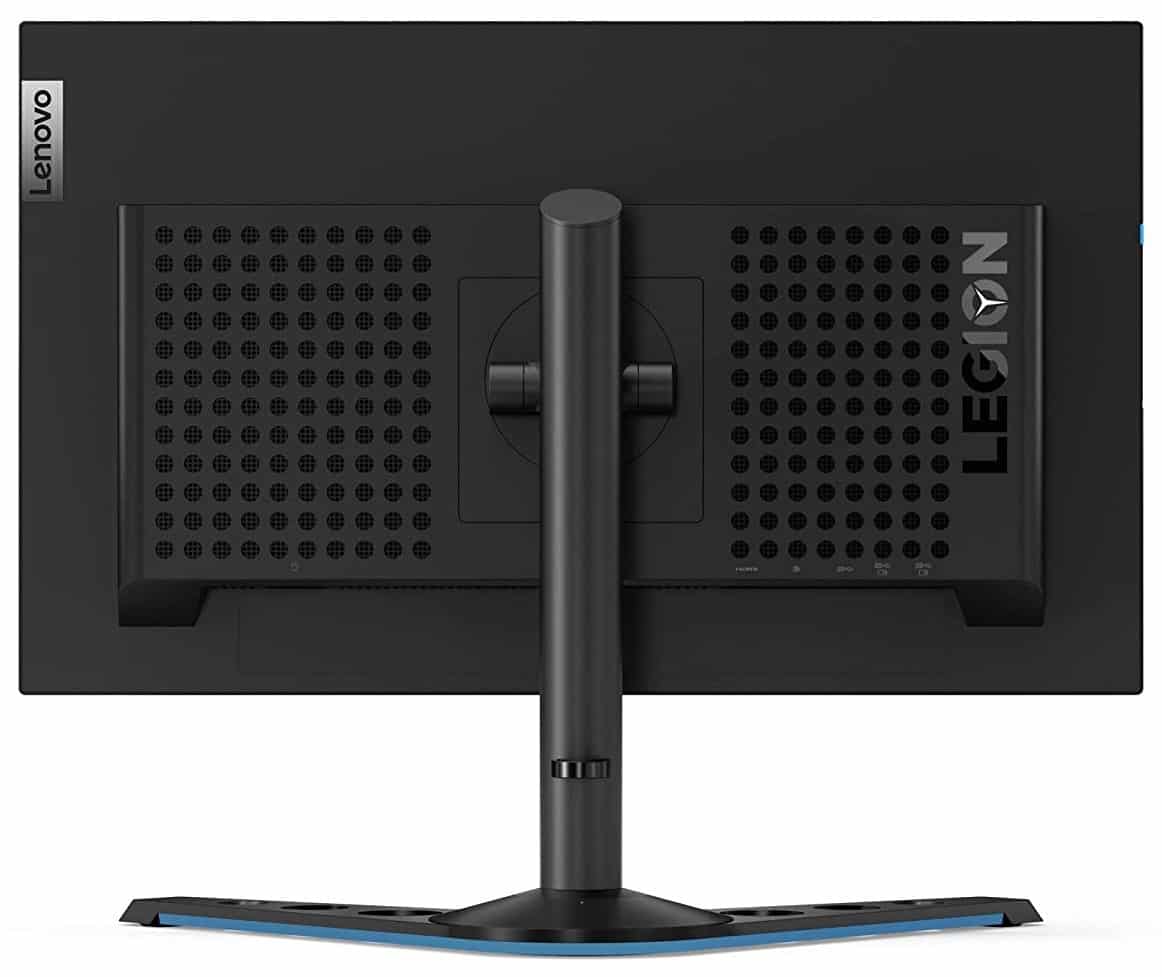 The Lenovo Y25-25 has a simplified overall design which is quite common for Lenovo’s product line ups to make them look more sophisticated than gamer-centric.   The monitor is finished in matte black with blue accents which you won’t readily find on most gaming monitors. The display is bezel-free on three sides so users get the feeling that the screen is bigger than it is in person. 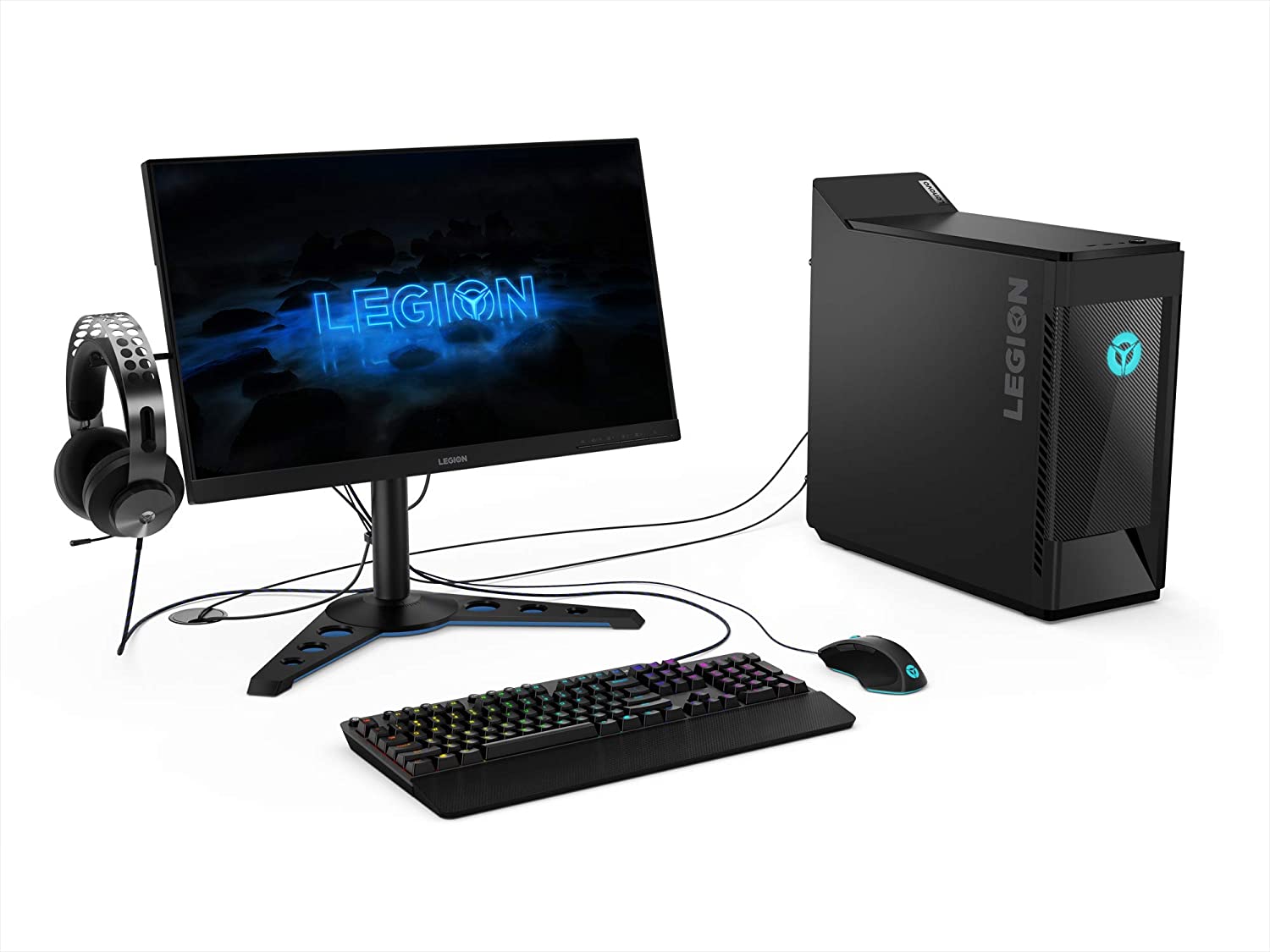 The Lenovo Y25-25 isn’t bigger than your average joe monitor at work or home, but we think that its massive stand is overdesigned compared to what it’s holding. The monitor needs almost ten inches of depth, while the wings of the base take up more than a foot of horizontal space on your desk. It’s always good to have a stable monitor, but Lenovo could have designed something more practical even if they wanted to add an aesthetic flair to the product.

Don’t get us wrong, we do love the industrial look the Lenovo Y25-25 is going for even if we’re not a fan of the base. We’re also glad that the device comes with excellent build quality like most of the Lenovo products we’ve seen. The plastics used feel durable and there is no annoying wobbling on the monitor so you’ll be pleased to have it on your desk.

One thing that feels out of place on the Lenovo Y25-25 is its use of OSD buttons instead of a more convenient joystick. It is great that the layout is labeled and located at the front of the bottom bezel, but it’s still easy to press the wrong button, especially in the dark. Thankfully, Lenovo’s Display Control Center app will help you get through the OSD quicker if you want to adjust common settings or use some of the monitor’s features.

The stand included with the Lenovo Y25-25 offers tilt, swivel, pivot, and height adjustments, so getting the perfect viewing angle is readily doable. You also get a cable tie at the rear of the pillar for easy management so you can make your setup as neat as possible. You can also swap this part out for a VESA mount, but it’s only necessary if you need to save space or if you are building a multi-monitor setup.

The Lenovo Y25-25’s connectivity layout offers DisplayPort 1.2 and HDMI 2.0 for video inputs, along with a four-slot USB hub and a 3.5mm jack for headphones. That’s all you will ever need for a PC and a gaming console like the PS5 on the side. It could use another HDMI slot for those with both next-gen consoles, but that’s too much to ask if you consider the monitor’s reasonable price.

You don’t get speakers with the Lenovo Y25-25, unlike the upper range variant of the Lenovo Y27-Q which has it on the base. We think it is fair that there are none included since this monitor is quite affordable for a 240Hz variant. Its also a known fact that its intended audience will most likely have headsets instead to help them focus in competitive gaming sessions.

The Lenovo Y25-25 sports a 25-inch IPS panel with a 1920 x 1080 resolution, a 240Hz refresh rate, and a 1ms response time. The backlight is rated at 400 cd/m2, while the contrast ratio is listed at 1000:1 like most IPS panels. The monitor also carries DisplayHDR 400 certification, but its improvements to the image are negligible so we reckon most won’t bother using it.

25-inch or more accurately, 24.5-inch monitors are still the perfect choice for competitive gaming since its still the universal format for professional gaming events. It’s also easy to get high framerates in 1080p, so gamers have more options in which GPU to use for their chosen focus. It is not as sharp as a 1440p or 4K display, but at least you won’t need to adjust or use scaling for productivity purposes.

The Lenovo Y25-25 covers more than 100% of sRGB and around 82% DCI-P3 which is decent for a high-refresh gaming monitor. But what we loved about it the most is that it is very accurate out of the box with a deltaE average of only 0.76. That’s fantastic for a monitor that isn’t branded for color-critical work but take note that it could vary between every unit.

Calibrating isn’t necessary, but you can squeeze out more performance from the Lenovo Y25-25 if you have a colorimeter. The lowest possible color dE with the help of the gadget had an average of 0.41 which is fantastic for a gaming display. However, most gamers will be happy with the display, but some common settings like the backlight need to be adjusted.

The backlight on the Lenovo Y25-25 didn’t reach its specified max output since it only reached 349 cd/m2 at 100%. The contrast ratio reached as much as 1140:1 at 50% backlight, so black luminance was a bit better than some IPS panels we’ve handled. It can still look grayish when displaying black images, but that’s common with IPS monitors.

The Lenovo Y25-25 sample showed great panel uniformity with no noticeable backlight bleeding or clouding issues. There was a slight backlight variance on the top of the screen, but it isn’t noticeable while gaming. Take note that this aspect varies between every unit, so there are better and worse specimens out there.

The Lenovo Y25-25 is practically blur-free, so you won’t need to worry about distracting smudges or trailing on the screen. Setting the overdrive to its modest setting helps in correcting the already very minor persistence, so maxing it out which induces overshoot isn’t necessary. This kind of performance is now common with the Fast IPS models we’ve seen in recent times.

The Lenovo Y25-25 is a FreeSync monitor, but it also works flawlessly with Nvidia’s G-Sync Compatible mode. Both GPU brands have compelling options for high-refresh 1080p gaming, so its always nice to have the option to use VRR no matter which GPU brand you use. Input lag is just around 3ms at 240Hz, so there is no need to worry about de-synced instances or delays while gaming.

The Lenovo Y25-25 is a fantastic gaming monitor when it comes to speed and image quality. We like how fast it can go to reduce blurring and input lag, while the IPS panel used offers impeccable color coverage and accuracy. We like the minimalist-industrial aesthetic design as well, although the stand looks and feels overdesigned for a 25-inch monitor.

The worst characteristic of the Lenovo Y25-25 is its very limited HDR performance which we know many will ignore. It’s a great buy at its current price point, and there are only a few better options in the market now.