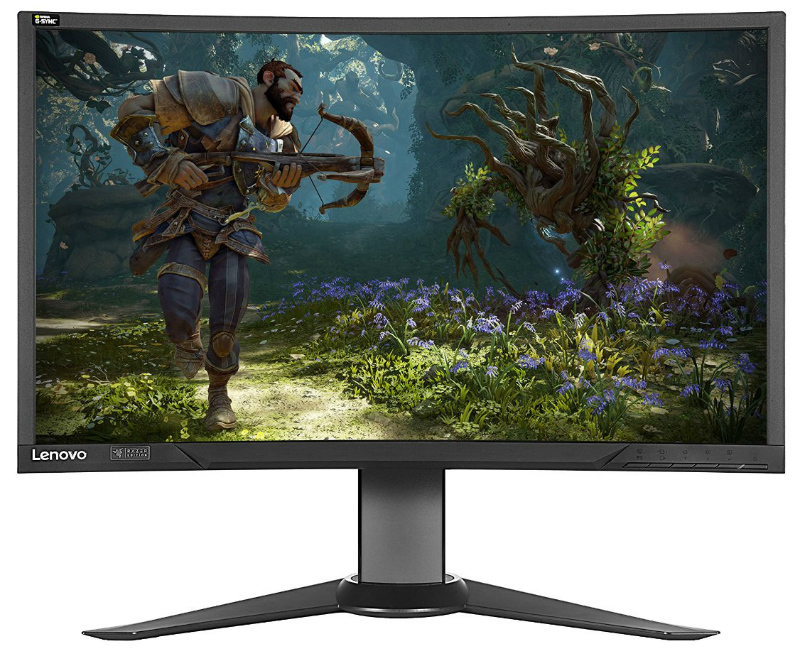 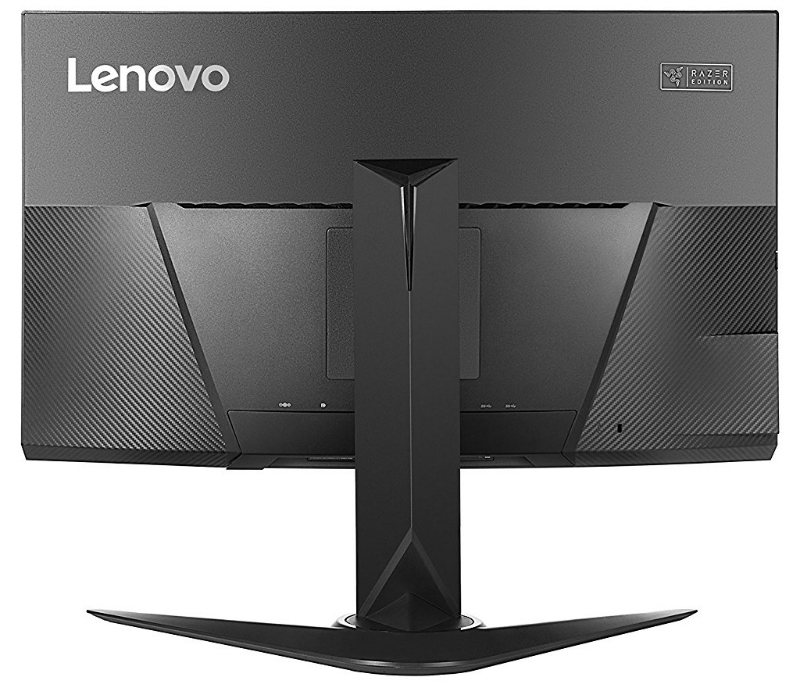 Along with the current trends in visual products today, curved monitors has also risen in popularity for a batch of users who want the promised immersive capabilities of these types of products. From the rise of the first curved TV sets from Samsung and LG, it was natural for PC peripheral brands to follow suit with their respective brands to bring that level of immersion to a desktop level. Lenovo is betting on their latest release, the Y27G 27 inch monitor to take a slice from the curved display cake. Sporting a VA (Vertical Alignment) panel capable of 144hz and a 4ms response time, this puts a standard 1920 x 1080p resolution in a sleek and curved 27-inch frame coupled with the benefits of Nvidia’s G-Sync. This product is released with a wallet-ripping $650, and we go to see if it warrants and deserves the price tag.

Design and Features of Lenovo Y26G

Out of the box, the Lenovo Y26G looks fairly stunning. Featuring a curved 27″ monitor with thinner than most bezels and beautiful details lining the bottom strip, where it also holds the thin line of OSD buttons. At the back panel, some of the highlighted features can be seen. The texture is in matte black, plus a cable hanger for most of the wires including your headset line if ever you choose to attach it here. There is also a lighting feature on the back (on the RE or Razer edition) that is designed to work with Razer’s Chroma Technology, a proprietary programming for RGB led accents found on their new peripherals. This extra is a strange addition and a poor effort on adding a selling point, in most homes this decoration will not see actual exposure to the user. Not to mention it further adds $50, a steep price for something so trivial. Although on a grander scale such as those in events, these would look beautiful but useless.

The stand’s design overall exudes a simple yet sophisticated flair, and at a glance may seem a bit similar to the ones Asus ROG monitors have. The ergonomics of the stand provides a relatively good range of adjustment, but when compared to competitor offerings they seem to be limited at best. You also cannot rotate the display since this adjustment is of no use for a curved monitor. Although on a positive note, alignment feels smooth and sturdy enough to hold the screen in place. The mechanism also detaches from the cabinet at a press of a button to reveal 100 x 100 VESA mounting holes for aftermarket options. The OSD in the product is also rather lackluster, both regarding ease of navigation and content. Going through the submenus is a chore since it is quite sluggish and confusing at times. There are no labels, and the selection process is an archaic style of navigation found in products from the yesteryears. Lenovo could have programmed a more intuitive menu for a product that attempts at a sophisticated stature.

The Y26G offers a rather limited set of connection options, mainly due to the G-Sync module installed in this unit. The product only has a DisplayPort and a lone HDMI slot for signal input, four USB 3.0 slots, and a headphone jack. A single upstream and downstream receptacle can be found on the rear, and the rest of the USB slots are located on the left side of the bezel for convenience. There isn’t anything particularly interesting in this aspect, as is such in the case of monitors with G-Sync. There are also no built-in speakers in the product, even if this is a rarely used asset, still at $650 they could have at least included a fitting pair. From a physical standpoint, the package only relies on its curved screen and Chroma capabilities, but the benefits are subjective.  In my humble opinion, a curved screen at this size offers little to no immersive benefits as is mostly promised, and the Chroma lighting is a $50 waste. The advantages of a curved display only become apparent in wider or larger scale products, such as TVs in the 40 to 60 range. But this is all subjective as there could be some users who may find this enticing for their setups.

Despite having a 27″ screen, the Y27G still only offers a 1080p resolution. By today’s standards, that is considered lackluster since most 27″ competitors offer at least a native 2k resolution for this size. Still, in my opinion, gaming at FHD on this scale still provides an excellent gaming experience at the expense of some details. The panel for the screen is a VA type, so viewing angles are slightly better from top to bottom. Also, on another positive note, this product offers an amazing color performance, which covers approximately 128% of the sRGB color space, but with a limited color accuracy of 4.2 Delta-E. This fact does affect performance on working applications such as image editing, but on a gaming scale, this is quite good. Colors and effects in most games tested with the screen look vibrant and the little explosive details can be clearly seen.

Lenovo also included gaming presets in the menu, but these presets are mostly of no use for all types of games. Both the FPS1 and FPS2 options give the total image either a red or blue tinge and RTS and Game2 mode just made the picture darker and duller. The Game1 preset did offer a little improvement in color, further emphasizing vibrancy but at the expense of some over saturation. We recommend for you to either stay on the default or if you know your way around tweaking color settings, adjust the options according to your preferred taste. Contrast performance can also be considered amazing when compared to most TN panels, mainly due to the 3000:1 ratio and the VA panel which highlights these advantages.The Y27G also sports an excellent average brightness of around 270cd/m2, which is actually quite good for most modern monitors. The monitor is flicker free, so it uses a DC power source to control the WLED backlighting instead of a PWM controller.

The YG27G also offers G-Sync capabilities for variable refresh rate performance. Apart from subtle ghosting and blurring, it does quite a good job of stabilizing the picture when the frames drop by a little. When switching it off and relying on solely the monitor’s 144hz refresh rate, it did not present a big gap in performance. But in games that play in the high 140s in frame rates, you may not need G-Sync at all. The additional $200 Nvidia enforces on its certified products could be spent on a higher video card if you are building a new system with this monitor. Or you can save the money since $200 is not an amount most of us can afford to spend.

The Lenovo Y27G is a beautiful piece of hardware at a glance. Despite the lacking in the features aspect, the product still pulls a decent show of performance from its specs and the factory’s calibration. With a little tweaking, you can get amazing color performance compared to the dismal output of its presets. The inclusion of G-Sync also promises improvement in varying framerate situations, but the need for it is subjective. Most of Nvidia’s current mid to premium cards can max out popular games at 1080p with high framerates, so the feature may become redundant for most owners. Spending the extra $200 or so on this feature might as well be a waste. It could be put to good use by adding it to your budget for other parts or upgrades.

Bottomline is, this product, while being physically stunning, is a disappointing purchase for $600 to 650$. There are better 27-inch monitors for slightly less money, with a higher native resolution, a more intuitive OSD, and lesser useless bling. The curved screen does not offer a significant advantage over conventional displays at this size, although while that opinion can be objective, 1080p on this size makes it too expensive to charge the SRP.