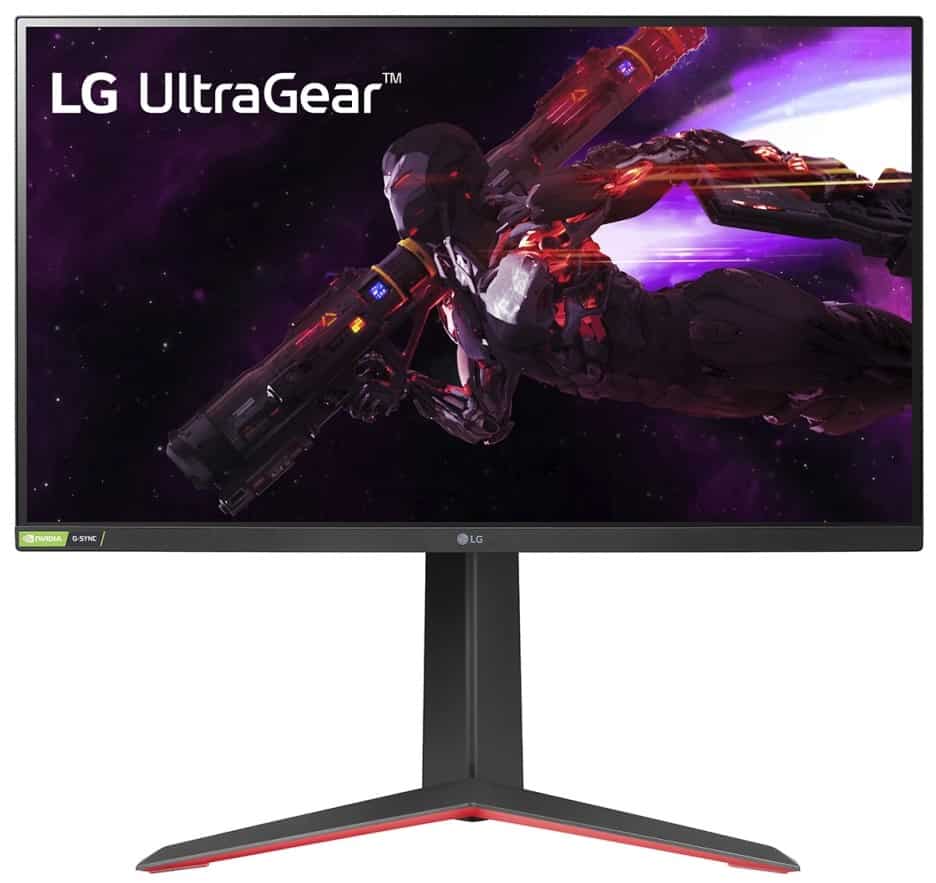 The LG 27GP83B-B offers today’s sweet spot in gaming specs and capabilities in a well-designed premium package. It’s the first 1440p upgrade over the previous releases such as the LG 27GL83A-B with improvements in image quality thanks to its Nano IPS panel. Let’s check out of the LG 27GP83B-B is a worthy upgrade or if it’s merely just as good or worse than the previous generation. 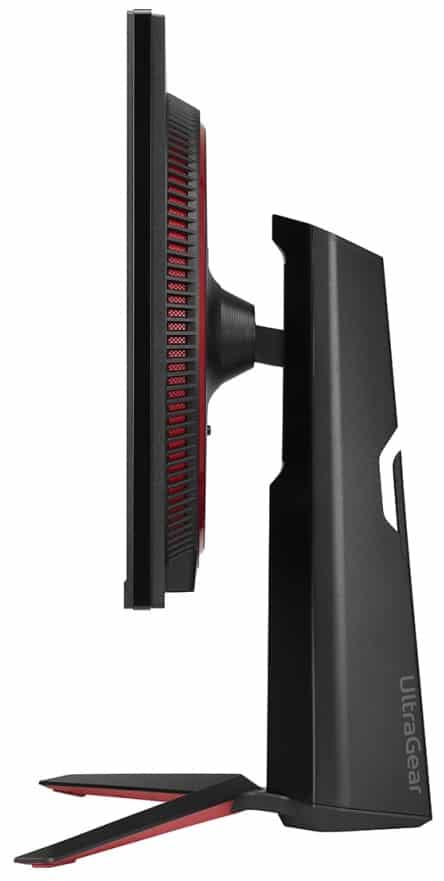 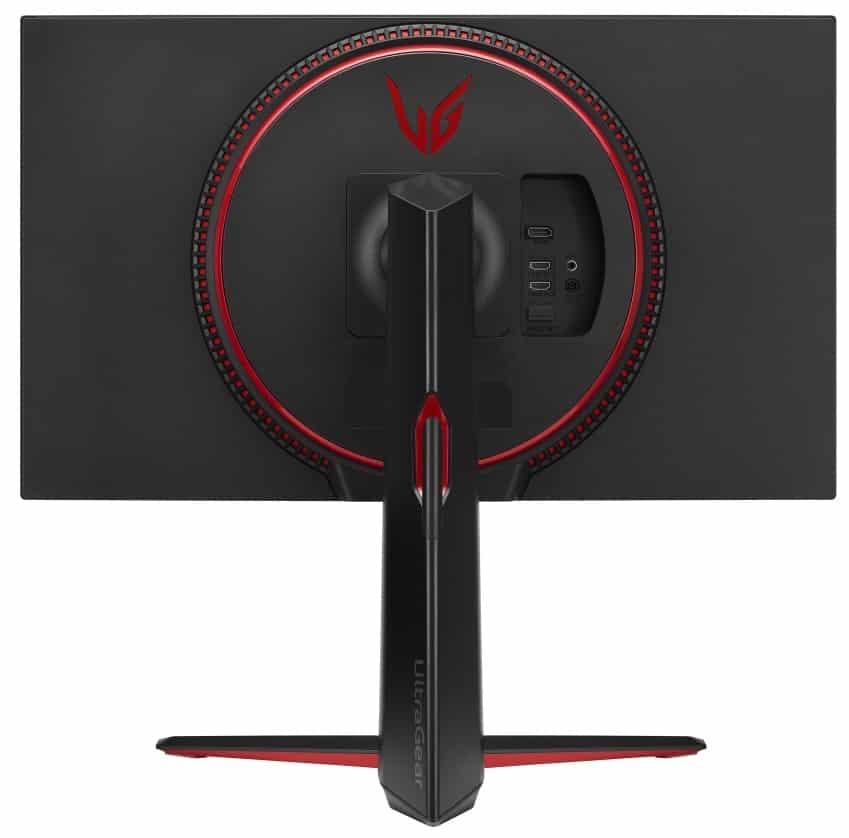 The LG 27GP83B-B is an UltraGear monitor which has a distinct aesthetic that separates it from the rest of the pack. The monitor has a matte black aesthetic with red accents on the stand and at the back, so it doesn’t look too gaudy like other offerings. The display is bezel-free on three sides so you can appreciate more of the screen while gaming.

The dimensions on the LG 27GP83B-B grew a bit so rearranging your setup might be necessary if you have a narrow desk. It needs almost a foot of depth, leaving you with less room for keyboards with wrist rests among other things. It’s not too heavy at 13.9 pounds so you can safely place it on glass surfaces without worrying about breakage in the future.

Build quality for the LG 27GP83B-B is great since there are no wobbling or cosmetic issues on the device. It uses a lot of plastic, but that’s ok since the panels are thick enough to withstand flexing and some accidental bumps. Each part is made with precision, so there are no gaps or sharp edges that would ruin the beauty of the product.

The LG 27GP83B-B has an OSD joystick located under the LG logo for easy access and quick navigation of its menus. We like that you don’t have to reach behind the monitor to access it, plus it’s not prone to wrong presses. This monitor is also compatible with LG’s OnScreen Control feature for even more convenience and functionality.

The stand included with the LG 27GP83B-B offers tilt, pivot, and height adjustments which enables comfortable viewing angles. We’d prefer it if this monitor would swivel so it can be used as a peripheral monitor on the side. You can use a VESA mount if you want better flexibility, but that will add more cost to your upgrade. 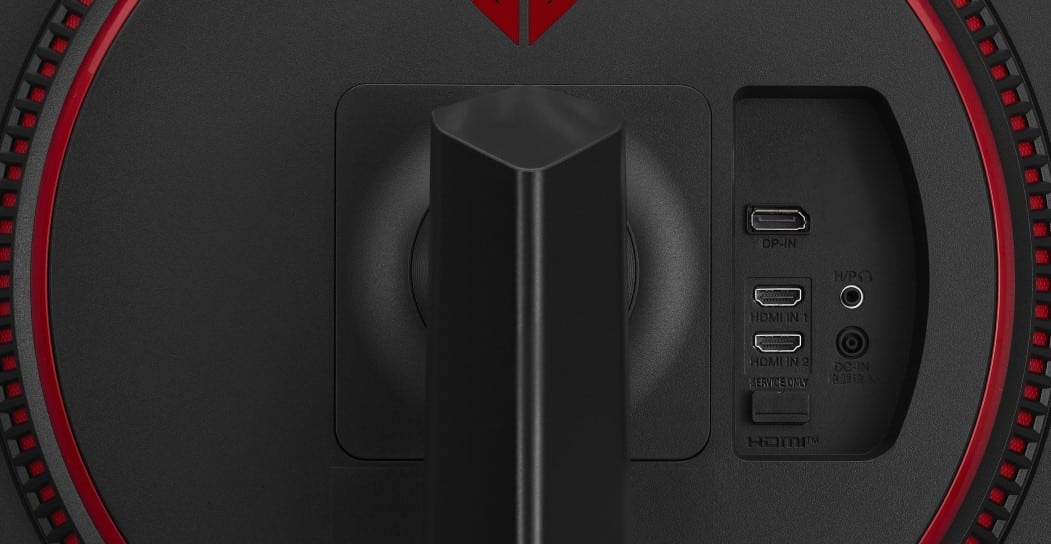 The LG 27GP83B-B includes DisplayPort 1.4 and two HDMI 2.0 slots for your PC and gaming consoles. There is also a single USB 3.0 port, but its meant for servicing the monitor instead of speedy transfers. You also get a standard analog port, although we know that this one doesn’t get used a lot since the motherboard’s ports will always perform better.

Unfortunately, you don’t get speakers with the LG 27GP83B-B since it’s quite slim, and omitting it helps reduce the overall cost. They don’t get used much for gaming anyway since they usually don’t have the power for thumping audio. Still, it would be nice to have a decent pair for sitting back and watching videos or for conference calls for those who work from home.

The LG 27GP83B-B boasts a 27-inch Nano IPS panel with a 2560 x 1440 resolution, a 165Hz refresh rate, and a 1ms boosted response time. The backlight has a 400 cd/m2 max rating while the contrast ratio is listed at 1000:1 like most IPS panels. This model has HDR10 compatibility, but it’s not certified under VESA’s standards such as DisplayHDR 400.

1440p monitors are great for all-around use since they are an instant upgrade when it comes to sharpness plus more space to work with. Games will look better with cleaner lines and more details even if your graphic settings are lower than 1080p. Productivity also gets boosted with more space so you spend less time alt-tabbing between programs and applications for work.

The LG 27GP83B-B renders 100% sRGB with some extensions and around 92% of DCI-P3 for vibrant gaming. The monitor misses its claimed 98% DCI-P3 coverage, but this is still within acceptable margins. Default accuracy isn’t perfect with its deltaE average of 2.68, but most users will not notice the color errors at this point.

Calibrating the LG 27GP83B-B with a colorimeter reduced that dE average to a fantastic 0.65 which puts it in the prosumer category. However, colorimeters aren’t cheap, so we don’t recommend them for the monitor’s primary audience. It already looks good anyway after a few minor tweaks, so most will be happy with it.

The LG 27GP83B-B reached 375 cd/m2 in SDR, but it peaked at a blinding 490 cd/m2 when HDR is active. However, it has a dismal contrast ratio of only 821:1 at 60% brightness, unlike other Nano IPS monitors that are already in the market. This monitor, like most IPS variants, cannot produce deep blacks so some dark scenes will look grayish or washed out.

Panel uniformity for the LG 27GP83B-B sample could use some improvements since there were some backlight leaks along its edges. This resulted in some clouding issues which are most noticeable in dark scenes and black images. Take note that this aspect varies between every unit, so there are better ones out there.

What’s great about the LG 27GP83B-B is its excellent pixel response time which reduces blurring to almost nothing. You need to set its overdrive higher than the Normal setting since anything higher will induce overshoot. It’s a fast monitor so it’s highly suitable for competitive gaming with E-Sports titles like Warzone.

The LG 27GP83B-B is a FreeSync Premium monitor, but it’s also certified for Nvidia’s G-Sync compatible mode. It’s nice to have the freedom to choose between the two since both brands are continuously offering compelling options for 1440p gaming. Input lag sits at 4ms at 165Hz, so there will be no delays while vigorously gaming.

The LG 27GP83B-B is an attractive option for gaming since its fast, vibrant, and has excellent viewing angles. It also has a robust and functional design, although it lacks a few creature comforts that you will find with its competitors. We also like the fact that LG goes to lengths to certify its monitors with VRR compatibilities so that question doesn’t linger on a gamer’s mind.

However, the LG 27GP83B-B’s weak contrast might dissuade the meticulous enthusiasts from going with this model. Most IPS monitors have this limitation, but it’s worse on this model compared to something like the Asus VG27AQL1A. It’s a decent buy, but you have to live with that issue which is bothersome if you play a lot of games with nighttime scenes.