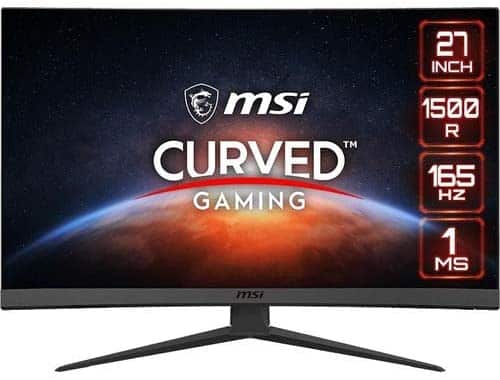 The MSI G27C6 is an easy-to-own monitor with the right specs that are needed for competitive gaming with smooth visuals. It uses VA instead of the currently more popular IPS panel, so it offers more contrast that results in richer dark scenes and better nighttime performance. Let’s check out if you should pick the MSI G27C6 over its enticing IPS counterparts like the MSI G271 based on its performance. 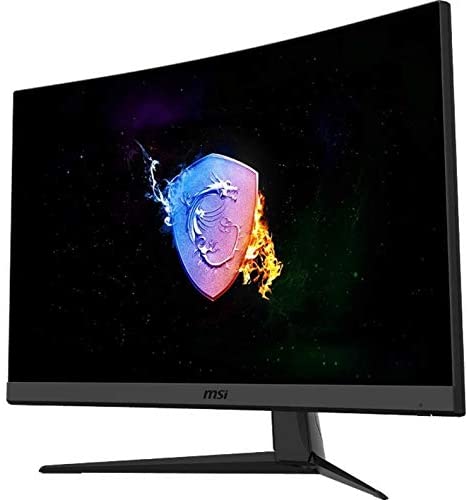 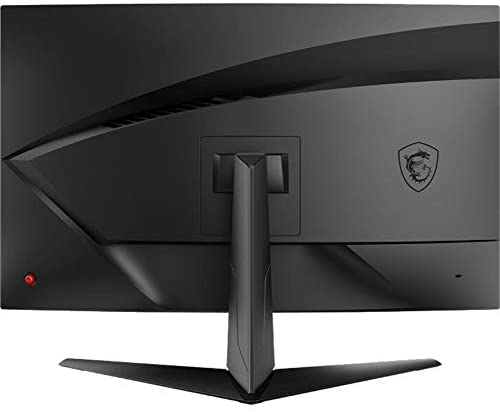 The MSI G27C6 adopts a less aggressive aesthetic compared to its premium siblings which have RGB and decorative features. The monitor has a matte black chassis that makes it easy to mistake it as an office variant if it weren’t for the dragon logo. The display is bezel-free on three sides, but you will still see inner borders when it’s in use. 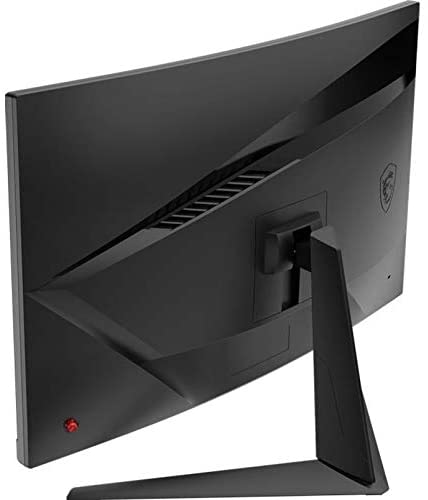 The MSI G27C6 isn’t the sleekest monitor in the market, but it doesn’t take up a lot of space due to its design. It needs almost nine inches of depth, but the base that’s shaped like a plane’s tail doesn’t need a whole chunk of your desk. It’s lightweight at 11.77 pounds, so it’s easy to move around if you re-configure your setup often.

Build quality for the MSI G27C6 could use some improvements since the plastics used feel a bit thin and cheaper than older models. The stand also allows some wobbling, so it can get irritating if you type heavily or if you accidentally nudge your desk or the screen. The overall fit and finish of the monitor aren’t great since there are gaps, so we think MSI dropped the ball this time around.

What’s great about the MSI G27C6 is it includes an OSD joystick which is normally found on more expensive monitors. It’s easier to use and quicker for hot swaps and micro-adjustments, so it’s a big bonus over buttons which are common with budget monitors. Other monitors even include remotes and software implementations, but we’re happy with this one for daily use.

The stand included with the MSI G27C6 only offers tilt, adding more reason for owners to want a VESA mount instead. Its base has a wide reach, but the weakness in the attachment point adds some wobbling to the monitor when it’s in use. Thankfully, it’s VESA compatible, but getting one if you don’t have it yet will add more cost to your upgrade.

The MSI G27C6’s connectivity layout is pretty standard for budget monitors, but we can’t complain here. It includes DisplayPort 1.2 and two HDMI 1.4 slots as backups for secondary devices such as gaming consoles. The latter is limited to 144Hz, but 120Hz with the new consoles needs at least HDMI 2.0.

The MSI G27C6 also has a 3.5mm jack for headphones, but it doesn’t have built-in speakers in the chassis. That’s fine since its intended audience will most likely use more immersive options anyway, but built-ins now have use since work from home users have grown exponentially. However, it’s unfair to ask for additionals if a monitor is already quite cheap, especially if it carries a high-performance display.

1080p screens aren’t well-received for productivity since their pixel density is loose compared to what’s ideal. Text won’t look sharp if you sit close, but the good news is that legibility will be slightly better for most users, especially those with anything less than 20/20. Competitive gaming, on the other hand, is fantastic on the monitor since it’s easy to run high framerates while visibility is quite excellent.

The MSI G27C6 offers 100% sRGB and around 87% DCI-P3 coverage which is decent for a budget gaming display. Default accuracy has a deltaE average of 2.77 which is reasonably good for gaming, but lacking for professional use. However, that isn’t an issue since this monitor is designed to cater to entertainment purposes, so gamers will be happy with it or after applying a few manual tweaks.

Calibrating the MSI G27C6 reduced its dE average to 0.98 which is fantastic for a budget monitor. this makes the monitor for content creators who want a gaming monitor that can perform when it comes to editing or designing tasks. However, you are going to need the help of a colorimeter to achieve this, and those don’t come cheap.

The MSI G27C6 managed to punch beyond its brightness and contrast specifications, reaching as much as 305 cd/m2 and 4068:1 respectively. It gets decently bright for daytime use, but it doesn’t look washed out or grayish when it’s used at night. The monitor works great with games that have dark scenes, but we recommend some adjustments to avoid black crushing issues in some instances.

The MSI G27C6 is also prone to uniformity issues even if it doesn’t use IPS tech since it’s a curved display. The sample showed some backlight bleeding at the top and bottom edges of the screen which in turn added some clouding in dark scenes. Take note that this also varies between every monitor due to tolerances, so there are better units out there.

The MSI G27C6 doesn’t perform as well as other budget VA gaming monitors like the Gigabyte G27F when it comes to pixel response time. You need to use the Fastest level of its overdrive to minimize the smudging that becomes more apparent in dark scenes. This limitation is common on VA monitors, but many offerings have already overcome it with effective boost implementations.

The MSI G27C6 is a FreeSync monitor, but it also works with Nvidia’s G-Sync Compatible mode. This duality is essential in today’s gaming monitor market since both brands have almost comparable GPU options for every budget and tier. Input lag is limited to 4ms at 165Hz, so there is no need to worry about delays while gaming.

Thoughts on the MSI G27C6

The MSI G27C6 offers the bare essentials of a gaming monitor at a very attractive price point. It has a vibrant VA panel with decent gamut coverage and superb contrast, plus its G-Sync and FreeSync compatibility. It doesn’t have all the creature comforts, but at least it includes an OSD joystick that’s usually reserved for more expensive models.

However, we think that there are too many compromises with the MSI G27C6 that you need to live with, such as its limited motion handling. This is understandable for low-end monitors, but many have already improved their performances to make them more attractive. It’s a reasonable buy at its price point, but we’d rather spend a bit more cash for something better.