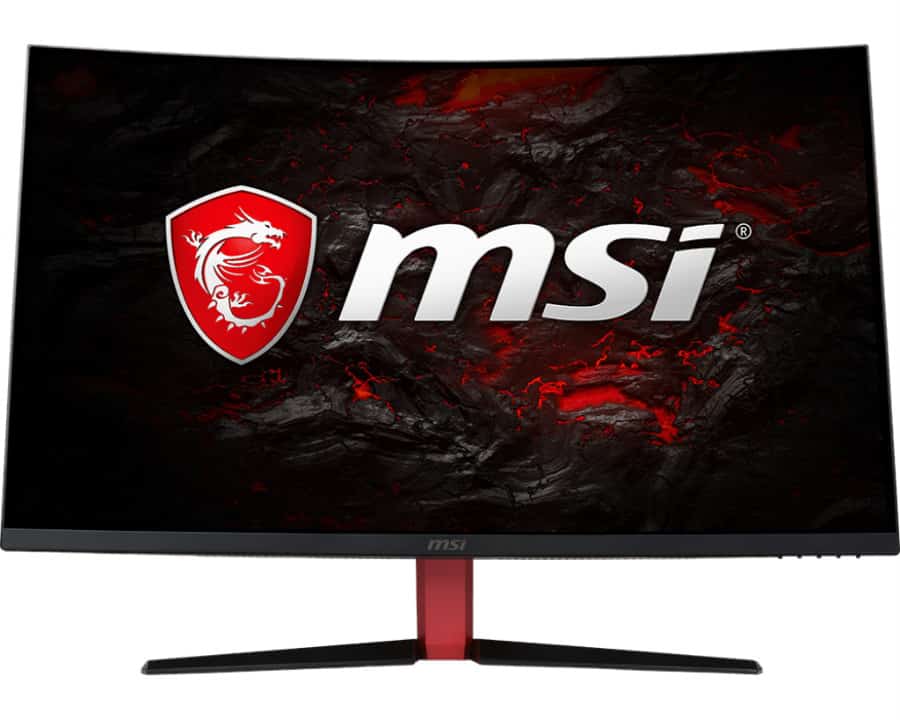 The MSI Optix AG32C provides a 165Hz refresh rate coupled with FreeSync for competitive gamers who want a bigger screen with a reasonable resolution. This new model is the next step for MSI as they attempt to conquer a slice of the gaming monitor arena by offering affordable, yet high-performing displays for the masses. The MSI Optix AG32C’s only immediate downside is its low pixel density which doesn’t sit well, but its bold design and target market value should impress its intended audience. 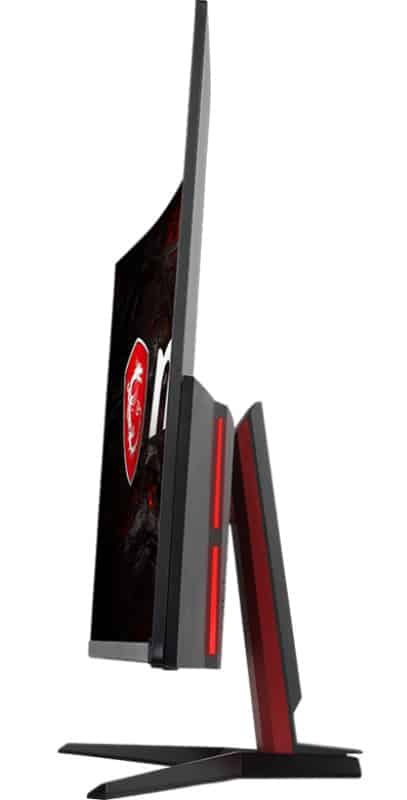 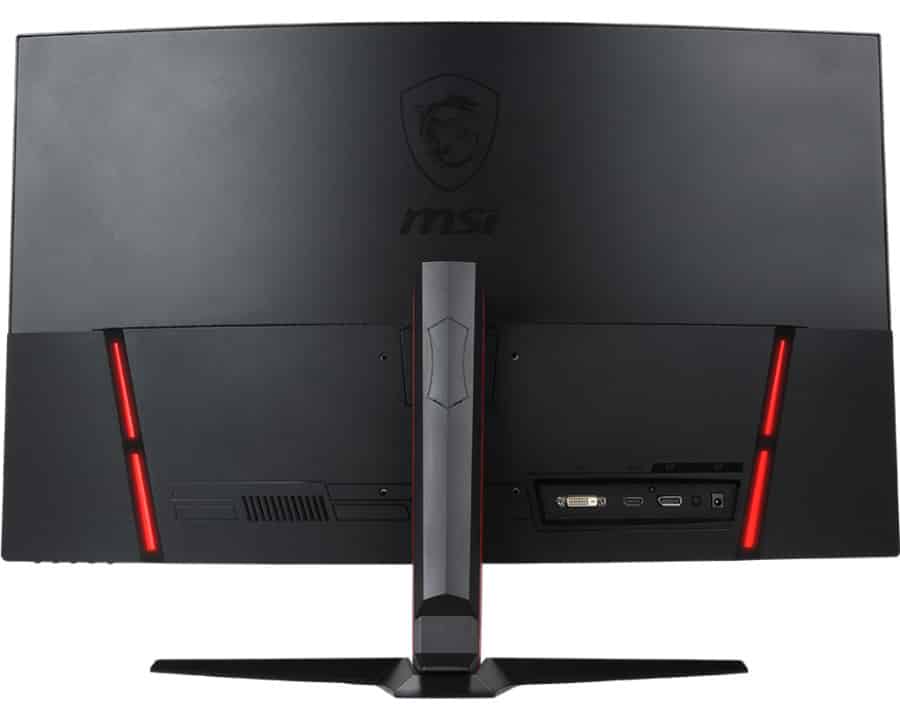 Despite its budget-oriented nature, the MSI Optix AG32C sports an attractive design which encompasses a minimalist chassis with a bold black and red scheme. What we immediately love about the appearance of this product is its bezel-free face which maximizes the infinity edge effect on bigger screens. Panel borders will be still visible, albeit at reasonable thicknesses which are unnoticeable at this size.

The cabinet’s proportions are thin with a minimal bulge positioned towards the bottom half of the rear. This part is accentuated by four red LED strips which are mostly decorative, but could also add bias lighting effects for eye comfort. We like how MSI’s designers used red accents discretely since only the front part of the stand’s upright is colored while the rest of the product is in matte black.

The MSI Optix AG32C’s pricing, seemingly endless screen and its 1800r curvature make it a good candidate for a triple monitor surround setup. However, the cost-cutting to achieve this bracket gives way to the products glaring flaw; its good looking, but stiff stand. There are no ergonomic options for this mechanism, and although it is removable, VESA mounting will require a separate adapter since there are no holes punched into the chassis.

Connectivity is limited as well since you only get DisplayPort 1.2, HDMI 2.0, and DVI for signal input. There are no speakers, USB slots, or even 3.5mm jacks to complement the monitor’s functionality, but all three display connectors should be capable of 1080p output at high resolutions. But the good thing is, this simplified layout allows users to connect gaming and media devices such as a console and PC, plus a video player.

The MSI Optix AG32C features a 31.5-inch curved VA panel with a 1920 x 1080 resolution, 165Hz refresh rate, 1ms response time. Users should take the latter with a grain of salt since its next to impossible to have a pixel transition time of only 1ms for VA panels. But what’s brilliant is the screen’s speed which puts it next to high-end G-Sync monitors like the Asus PG278QR, which achieves 165Hz naturally via an overclock.

Color reproduction on the MSI Optix AG32C should be excellent as well since the VA module used is capable of 110% sRGB or 85% NTSC and a 3000:1 contrast ratio. This rating indicates that colors are oversaturated enough while blacks should be thick and oily to increase the effect of games and movies. We would like to test how accurate the shade reproduction is, although based on experience, a little over vibrancy does wonders for colorful games like Overwatch.

The most prominent limitation of the product is its low pixel density of only 68.84, although don’t be too quick to judge the outcome. Its common knowledge that 1440p  or even better, 4K is more suited to products of this size, it would be snobbish to instantly dismiss the MSI Optix AG32C as an unsuitable gaming display. Low resolutions on big screens have always found its specific use in shooters where players try to enlarge objects for easier target acquisition.

This treatment has been done since the early days of Counterstrike, so we couldn’t see why this formula can’t be used at this age where such titles are highly popular. Gamers with impaired visions can also benefit from this method since it would be easier to read text and discern objects in a particular image. 1080p is still plenty for most games, and it’s a fact that professionals rarely even use QHD or 4K monitors for optimized frame rate performance.

165Hz at 1080p is doable for a lot of midrange video cards, but the MSI Optix AG32C comes equipped with FreeSync to help with tearing and stuttering in intense sequences. Functional range is unspecified at the time of this writing, although we guess that it is at 48Hz to 165Hz. While most would like the latter to start at 30Hz,  it would rarely be needed for a 1080p unless you are using a low-end GPU or an IGPU.

Thoughts on the MSI Optix AG32C

The MSI Optix AG32C mixes high-end performance we have seen in monitors twice its price with a budget-friendly price tag. The 31.5 and 1080p formula only works for a specific market, but the success of its sales are still definite since it is suitable for midrange machines built for E-Sports titles such as MOBAs and FPS. Its extensive gamut coverage and deep contrast are welcome advantages for gaming as well for their added effect on environments and effects in titles.

The only thing that holds us back from recommending this model is its non-existent ergonomics and limited functionality, which you have to live with unless you spend the extra for adapters and mounts. We are waiting to see if we can acquire a review sample of the MSI Optix AG32C, although if you are interested, you can already pre-order this gaming monitor via our favorite retailer.