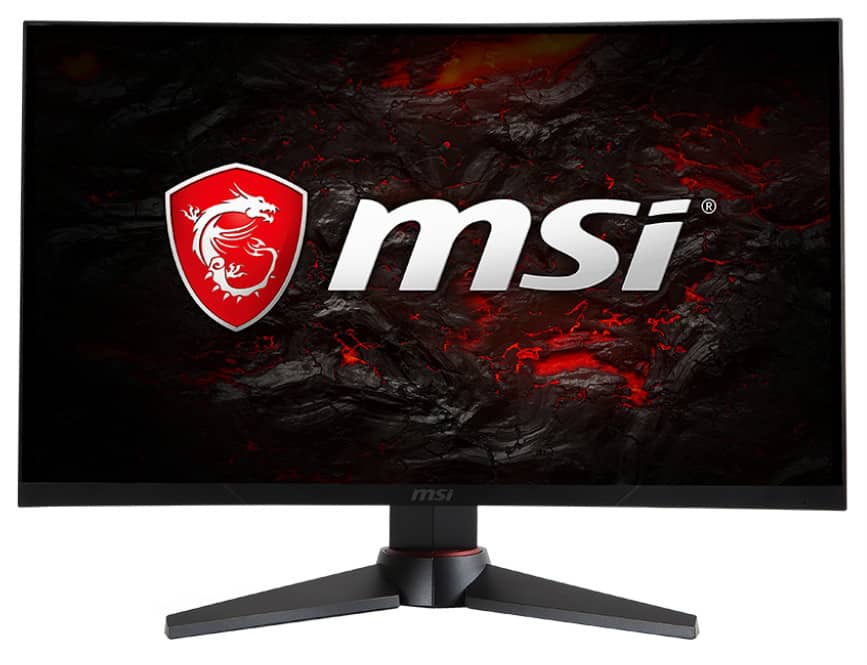 The MSI Optix Mag24C is one of the brand’s latest 144Hz monitors for E-Sports fanatics who want a high refresh rate mated with the advantages of a VA panel. This new variant now sports a brand new aesthetic and series of functionalities which makes it more competitive in the market than its somewhat bland predecessors. MSI is flexing its muscles to conquer a category of the gaming component market it has yet to master with its latest creation: the MSI Optix Mag24C. 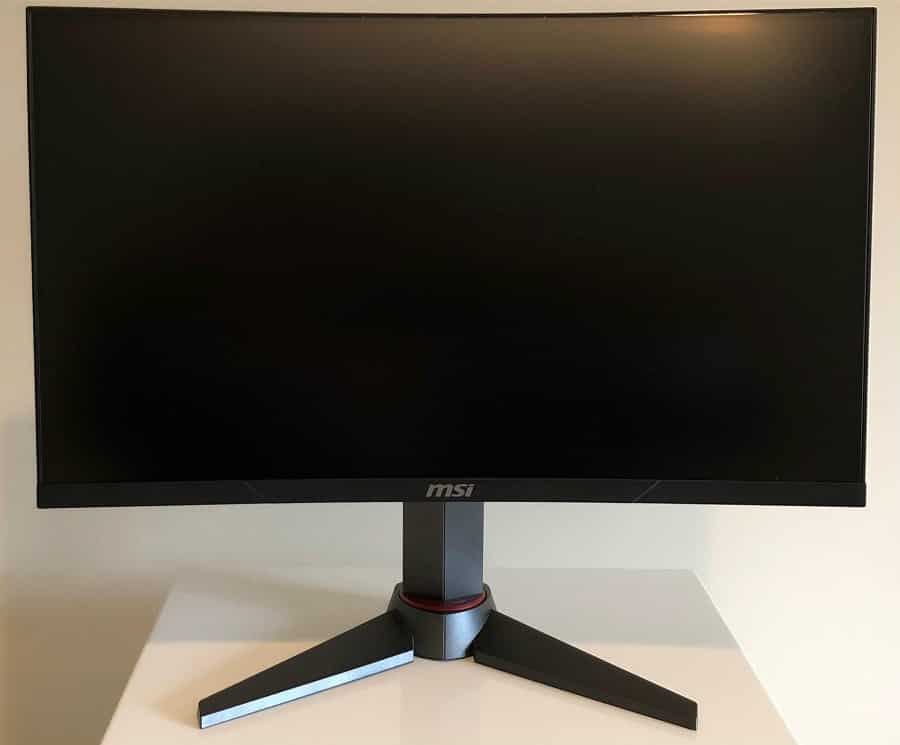 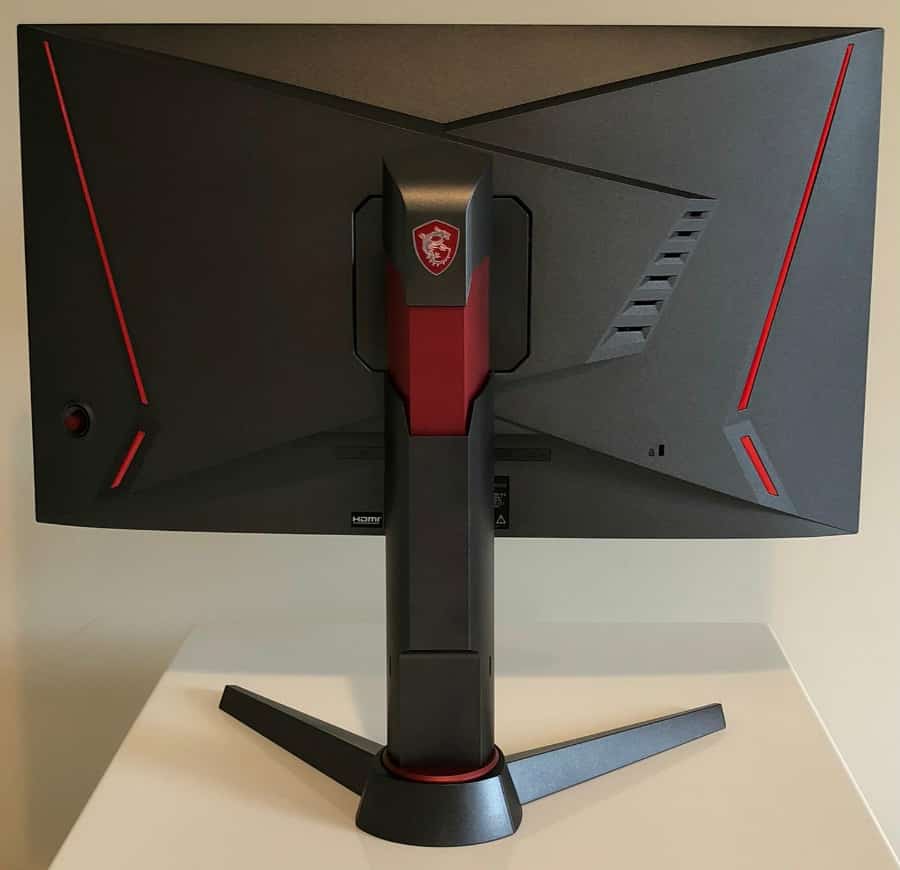 I must say that the all-new MSI Optix MAG24C is looking meaner than the firm’s previous generation of gaming monitors. The sleek, matte black design with clean lines somehow resembles the Asus MG series of monitors, although MSI tweaked the aesthetics to match their branding. The 1800r curve is less noticeable than on a larger model, but at least you get to enjoy most of the screen that only has super thin borders. 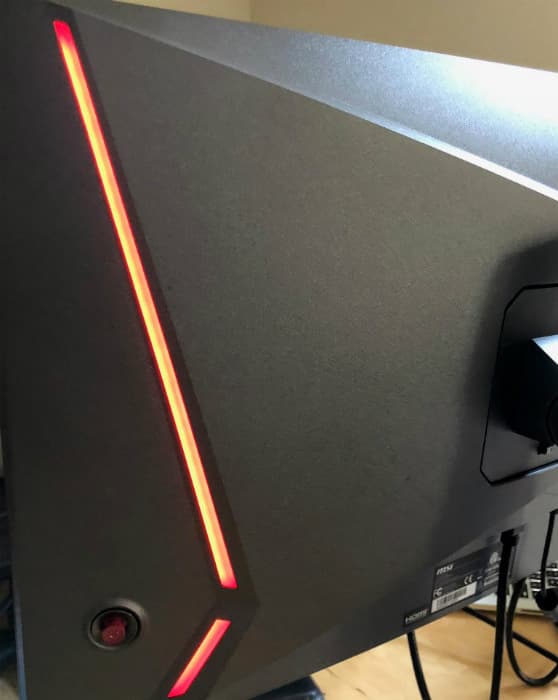 The rear of the MSI Optix MAG24C’s chassis has a hint of subtle aggressiveness with its clean, angular lines and red LED strips. The light is bright enough to provide bias lighting effects for users, although we wish that you could change the LED color to match different builds. At least MSI was thoughtful enough to add this finishing touch to a reasonably priced model, unlike with other brands where extras add a hefty premium.

One of the most significant upgrades for the MSI Optix MAG24C and the rest of the MAG monitors is the addition of a fully-ergonomic stand. The previous variants only offered tilt, but the MAG monitors now come with height, tilt, and swivel. The Y-shaped base provides superb stability and robustness to the display, but it can also be removed in favor of VESA mounting solutions.

Connectivity features on the MSI Optix MAG24C are reasonable at best since there are no valuable extras such as USB slots. You do get DisplayPort 1.2, HDMI 1.4, and DVI-DL for video inputs so that you can connect multiple devices such as a gaming PC and a console like the PS4 Slim. All of the monitors in this series feature the same layouts, except for the 1440p variant since it utilizes HDMI 2.0 to support its full refresh rate.

With that being said, we can safely say that the MSI Optix MAG24C is one of the best options if you want an affordable gaming monitor for a triple monitor setup. The curvature, flexibility, and design of the product are ideally suited for arrangements like this, plus they won’t cost an arm and a leg. It’s also worth noting that the product feels light and not as solid as other 24-inch monitors, but the quality is there despite the budget-friendly nature.

The MSI Optix MAG24C sports a 24-inch curved VA panel with a 1920 x 1080 resolution, 144Hz refresh rate, and a boosted 1ms response time boosted by MPRT. A high contrast ratio which is specified at 3000:1 can also be expected, along with a 250cd/m2 backlight which is acceptable for a monitor of this size. VA screens have become popular in recent times due to the extra vibrancy, deep blacks, and excellent grayscale performance. 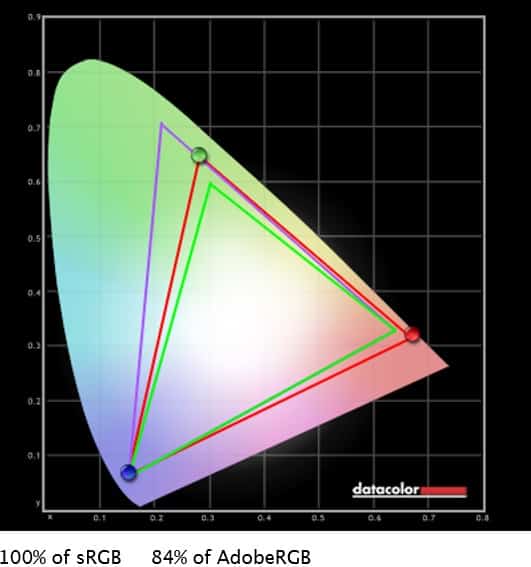 Testing the MSI Optix MAG24C with our Datacolor Spyder Elite 5 reveals that there is some merit to the statement above. The sRGB coverage exceeds 100%, equating to more or less 84% Adobe RGB and easily reaching the 110% representation MSI promised on the packaging. This aspect produces the right amount of color-pop gamers love, especially for cartoony titles like Overwatch and Fortnite.

One downside of the extra vibrancy is its effect on accuracy, where the MSI Optix MAG24C scored a Delta E of 3.0. Professionals or color grading fanatics should look elsewhere, but for casual uses, the difference is mostly unnoticeable. The deviances deepen some colors in the red and green ranges, essentially pumping up the eye candy in some circumstances.

Contrast isn’t as high as we expected at 1300:1 which is a bit low from the claimed 3000:1. Gamma is also limited to 2.3 after calibration, although that isn’t detrimental to the primary purpose of the monitor. The effects it applies deepens the vibrancy and the noire effect in titles such as Vermintide 2 which relies on such qualities to portray a gritty story.

Panel uniformity for both brightness and color are superb as well for a curved display. The brightness uniformity on the corners of the screen maxed out at 15% at reasonable settings, while color uniformity is steady at Delta E 2.1 from the ideal D65 setting. For the most part, it was difficult to notice flaws during the gaming part of our testing.

The MSI Optix MAG24C felt good and comfortable to play on for several hours which is probably due to the eye-popping visual candy and the low blue light emission. We had no way to test this capability, but it was easy on the eyes to stare at the screen for an extended period. Most monitors are tuned to lessen strain since gamers tend to use them for four hours or more.

There was also less blurring and ghosting on the MSI Optix MAG24C’s VA screen, and you had to look harder to find any. We noticed some slow pixel transitions when the action started to pick up, but otherwise, there were little to no disturbances to annoy the nerds. MPRT does have a tangible benefit for VA panels meant for gaming, but it still doesn’t appear as fast as a solid TN panel.

AMD GPU users get more mileage with the MSI Optix MAG24C since it is FreeSync-compatible with a functional range of 30Hz to 144Hz. Adaptive-Sync isn’t extremely necessary at 1080p gaming, but stabilizing frames to avoid tearing and stuttering when dips happen is always a valuable capability.  Users also get crosshair overlays and MSI gaming center integration for better gaming and functionality control of the brand’s gaming peripherals.

Finally, the MSI Optix MAG24C posted an input lag average of 6ms which is brilliant for a product made for competitive gaming. Motion and control input to screen transitions felt fluid all the time, so the delays in reaction times were caused by our mechanical skills.

The MSI Optix MAG24C is an excellent monitor due to its reasonable pricing and superb performance. The monitor isn’t as accurate or as fast as similar models which cost fifty to a hundred more, but it remains competitive due to its practicality and attractive design. The curved screen isn’t as beneficial as it would be on a larger model, but it makes this gaming display perfect for a surround setup that doesn’t rip your budget apart.

The aesthetics on the MSI Optix MAG24C is another upgrade if you look at the previous variants which were too dull and less functional. The company is quickly catching up to its established competition, and we cannot wait for the next products they come up with it. If you are on the market for an affordable 144Hz monitor, the MSI Optix MAG24C should at least make it to your shortlist.