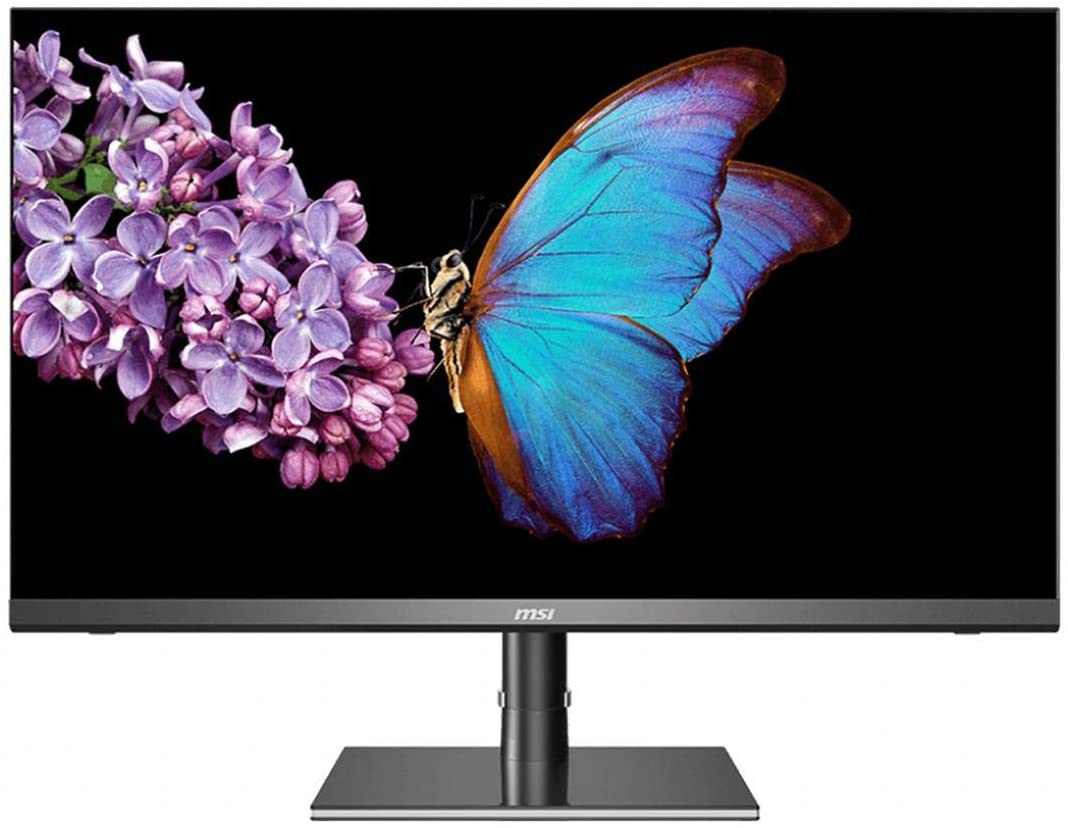 The MSI PS321QR combines two monitor niches into one premium piece of kit that is meant to impress both gamers and designers. This means that it packs all the sought-after features such as wide gamut coverage, pre-calibration, and smooth visuals rolled into a package that looks clean and sophisticated. The downside with the MSI PS321QR is that it isn’t cheap, but let’s check out if it’s well-worth your hard-earned cash. 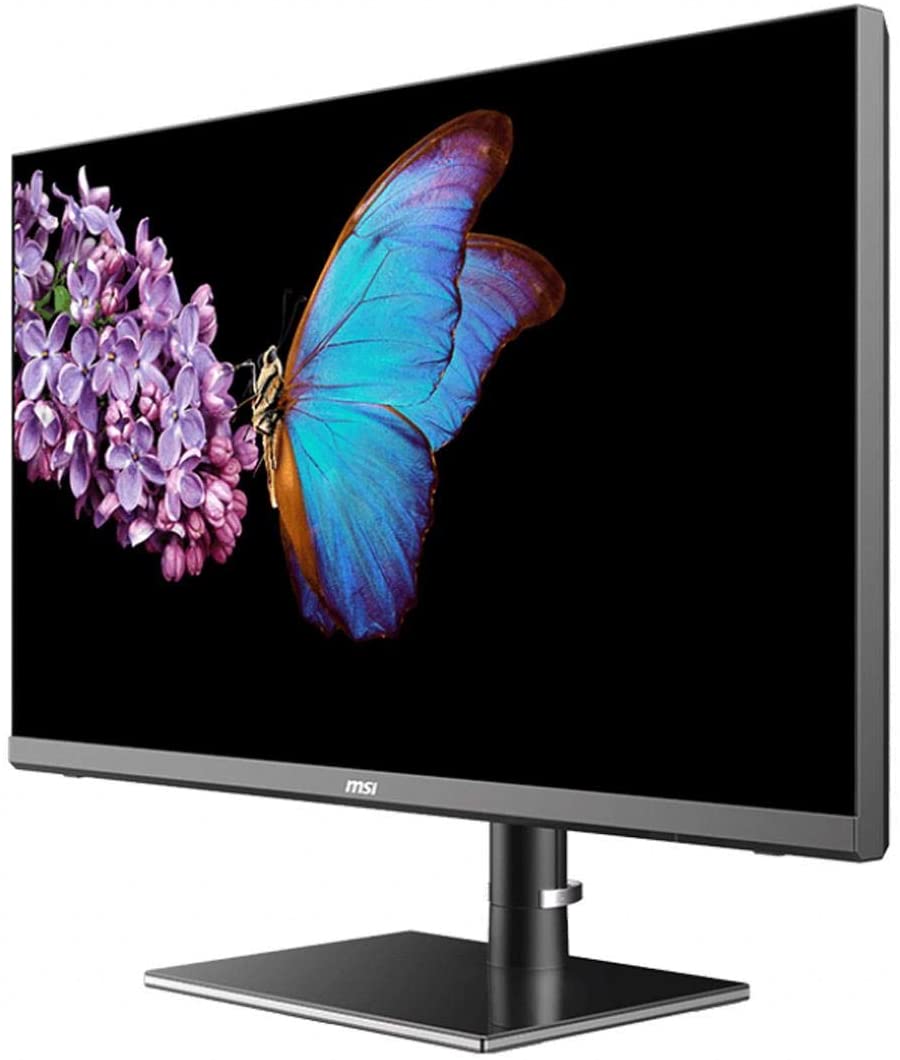 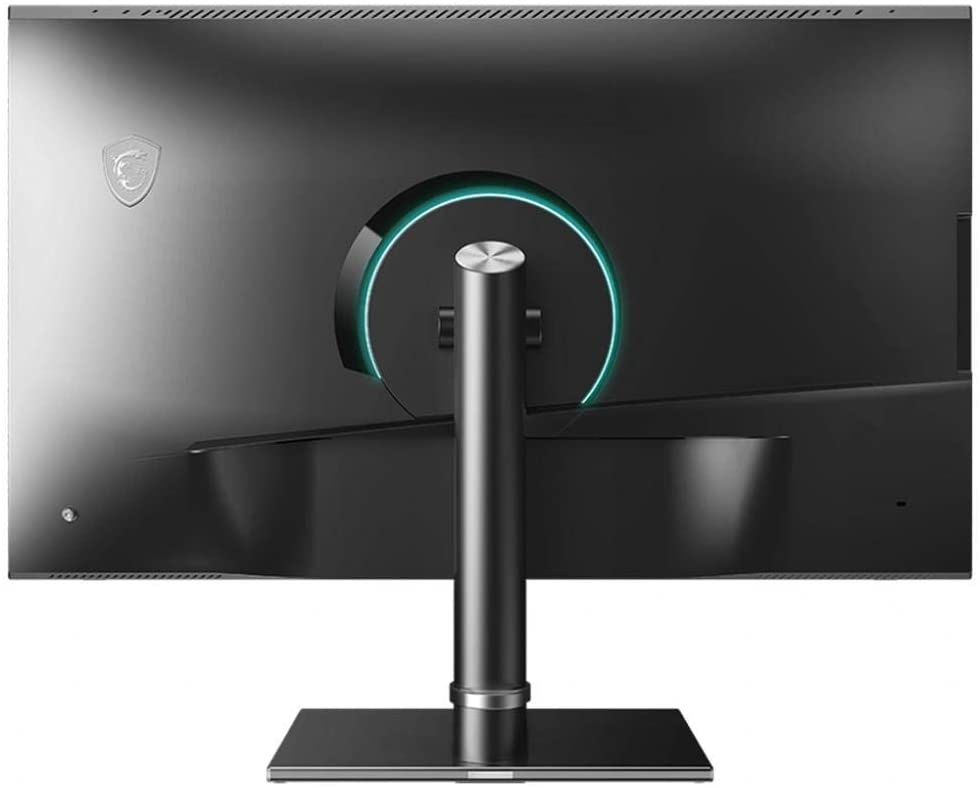 The MSI PS321QR sports a cleaner and simpler aesthetic compared to its gamer-centric brethren so it’s easier to integrate into a gaming setup or a professional studio. The monitor has an all-black exterior that’s easy to maintain and will not clash with other hardware. The display is bezel-free on three sides, but you will still see inner borders when it’s in use. 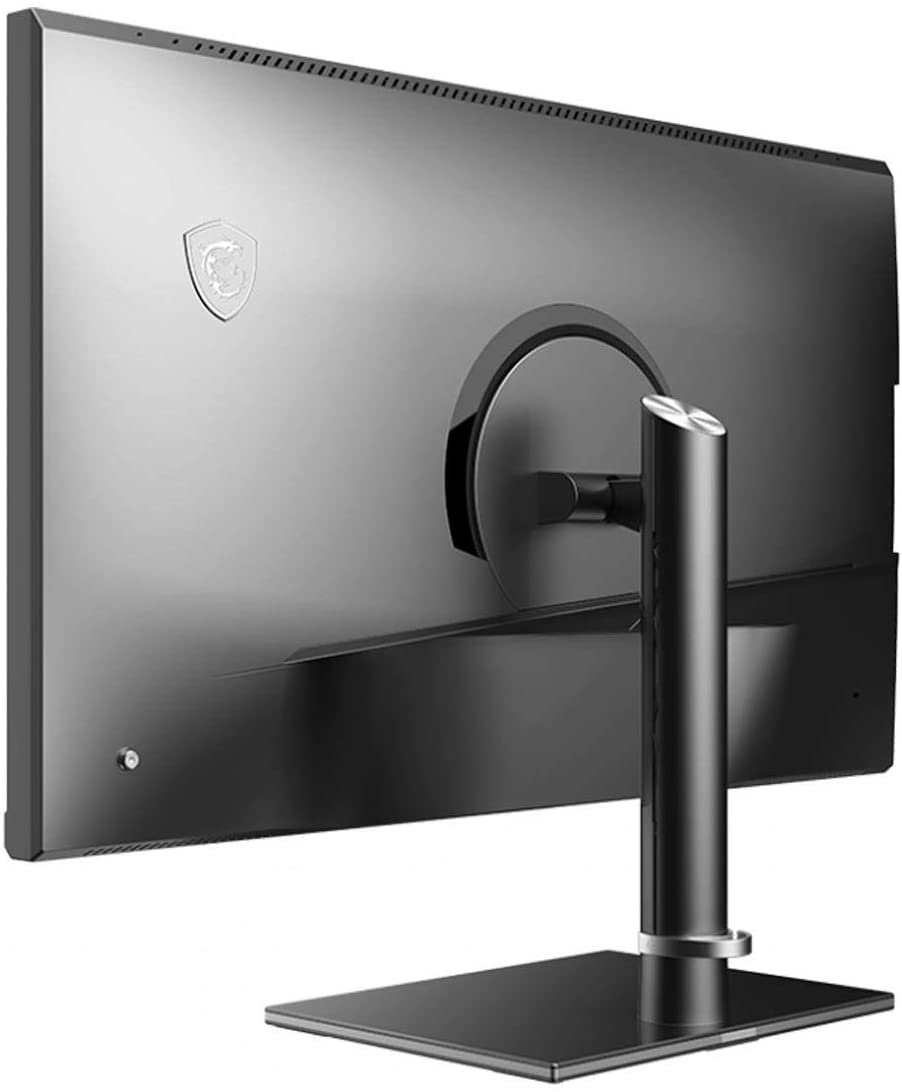 It’s larger than the usual monitor, but the MSI PS321QR’s proportions are reserved compared to its gamer-centric siblings. The stand has a flat rectangular base that doesn’t reach too deep on your desk, so it can be pushed closer to a wall. It’s quite heavy at a little over 21 pounds, but that’s normal for premium models at this size.

Build quality for the MSI PS321QR is excellent and you will instantly feel that it is a premium variant. The plastics used feel sturdy and they look like they were made with precision since there are no cosmetic defects on every corner or edge. The monitor doesn’t wobble unless you directly shake it, so most users won’t feel the need to spend more and replace it.

The MSI PS321QR packs a few extras which you would normally find on prosumer and gaming monitors respectively. The package includes a magnetic calibration or shading hood to deflect glare for color-critical work, but you will also find RGB lighting at the back. There aren’t a lot of monitors that combine these two in an effective package, so that is a big selling point in our books.

The MSI PS321QR has an OSD joystick, but it also has a hotkey which brings up the MSI Creator OSD which gives users easy access to its features. You have to download the app separately and make sure that the monitor is connected via USB to your PC to use it, but these are minor inconveniences. OSD features are particularly important for this monitor since its users will most likely tweak it regularly according to the tasks at hand.

The MSI PS321QR also has plenty of connectivity features to suit the needs of its intended audience. The I/O at the back includes DisplayPort 1.2, dual HDMI 2.0 slots, USB 3.2 ports, and a USB-C slot that supports DP Alt Mode for laptops like the MacBook Pro. . You also get a connectivity hub at the side which has more USB 3.2 ports, audio input and output jacks, and an SD card reader which is quite handy for those who work with pictures and video.

The included stand with the MSI PS321QR works quite well and it offers tilt, swivel, and height adjustments. You can’t pivot the monitor, but in our experience, that’s common for larger models like this one. You can swap this part out with a VESA mount if you need more space or flexibility, but that’s only necessary if you badly need the space or if you are building a multi-screen setup.

The MSI PS321QR doesn’t have speakers, but we think that’s acceptable for a premium-priced monitor that packs a lot of features. It would be nice to have an upgraded pair, but most users will either have high-end desktop speakers or a pair of headsets designed specifically for immersive gaming.

The MSI PS321QR boasts a 32-inch IPS panel with a 2560 x 1440 resolution, a 165Hz refresh rate, and a 1ms response time. The backlight is rated at 400 cd/m2, while the contrast ratio is listed at 1000:1 like most IPS panels. This model is certified with VESA’s DisplayHDR 600 standard, so its backlight is capable of pulsing higher to expand the screen’s dynamic range.

To be honest, 4K is more suited to a screen of this size since it has an exponentially higher pixel count. However, the MSI PS321QR still looks crisp and detailed, plus there’s the fact that it has an extended refresh rate. What’s more important for editing monitors like this is the color accuracy versus more screen space, but that can come in handy as well.

The MSI PS321QR pumps out an impressive amount of color since it covers 100% of sRGB and Adobe RGB, 95% of DCI-P3, and around 83% of Rec2020. That’s a lot for a monitor in this price range, not to mention that it also doubles as a gaming monitor based on its other set of specifications. However, there seems to be a lack of refined factory calibration for the monitor since the default deltaE average is a bit high at 3.45.

Using the MSI PS321QR’s specific presets for the color spaces doesn’t help as well since all of them have dE averages above 3.0. That’s fine for normal circumstances, but displays meant for color-critical work need to have a score that’s below 2.0. You can manually tweak the average down to around 2.14 using the User profile, but using a colorimeter which can lower it further to around 0.54 is a much better option.

The backlight on the MSI PS321QR reaches 440 cd/m2 at 100% in SDR, but it can pulse to around 590 cd/m2 when HDR is active. However, the screen is still unable to produce deep blacks like VA panels, especially when it’s viewed in the dark. Its also worth noting that these HDR features are only useful for entertainment purposes since you need a better-equipped monitor for editing in HDR.

Panel uniformity for the MSI PS321QR is decent since there are no major backlight leaks or clouding issues on the screen’s quadrants. There are some minor variances in the backlight’s spread, but it is only noticeable by a colorimeter. However, do take note that this is an IPS monitor, so there will be differences between every unit due to the nature of the technology and some manufacturing tolerances.

Pixel response time for the MSI PS321QR isn’t as fast as some of the other 1440p IPS monitors we’ve tested like the Asus VG27AQL1A. it has three overdrive settings, but neither one boosted the screen enough to enable a clearer image unless you use it in tandem with the backlight strobing. The Normal level with strobing is your best option, but to be honest, its only necessary for competitive games like Warzone.

The MSI PS321QR is a FreeSync monitor, but it also works with Nvidia’s G-Sync Compatible Mode. This is great to have for an expensive monitor since you don’t need to ditch the monitor if you switch to another GPU brand. Input lag sits at 6ms at 165Hz, so it’s still a high-caliber gaming monitor that’s ready for action.

Thoughts on the MSI PS321QR

We love the MSI PS321QR and what it has to offer for both gamers and designers or content creators. The former gets a large 165Hz QHD screen with HDR, while professionals can surely utilize the impressive color coverages of the screen. It’s also a well-designed product that includes a lot of functionality, so it’s safe to say that it is reasonably priced in the current market.

However, our biggest issue with the MSI PS321QR is its poor factory calibration or the lack of it. The screen’s dE average scores are dismal, so those who want to use it for color-critical work will need a colorimeter on the side. It’s a fantastic monitor at the $800 price point, but it could be better with a few tweaks from MSI and the end-user.