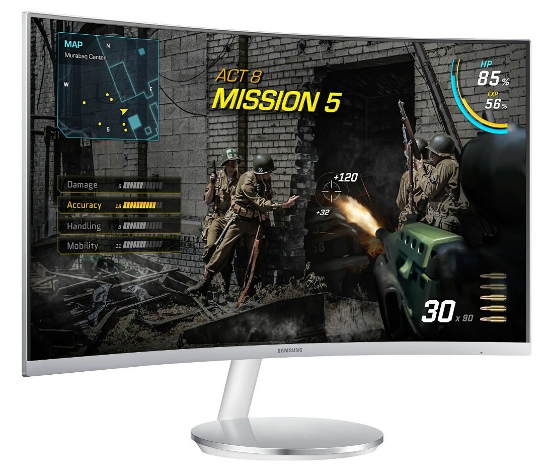 Samsung’s been in the 1080 FHD business for a while now, but they seemed to have begun expanding their decks on the market, which happens to include them finally taking a serious stance on mixing their game up and making that jump into some brutally harsh domain and upgrading their more budget focused monitors for gamers. The Samsung CF591 is one of the earlier adaptations of this movement, at the moment, with an attractive, curved 27 inch FHD VA panel that gets things just right, but as far as price vs. performance goes, it’s a little unsure of itself. If you’d ever wished that your regular, everyday FHD monitor was supercharged with all the new bells and whistles from the latest monitors out there, without needing to shell out for them, then you might have found a pretty good attempt at that, but not exactly that. At the price of $300 it happens to, ever so gaily, saunter over into the territory of the lower end 4k monitors, which can be weighed, rather easily, against those metaphorical bells and whistles. At the end of the day, this monitor builds a wall, and its charm pivots on the fact that it does many things differently, and which side of that wall that you happen to be on. 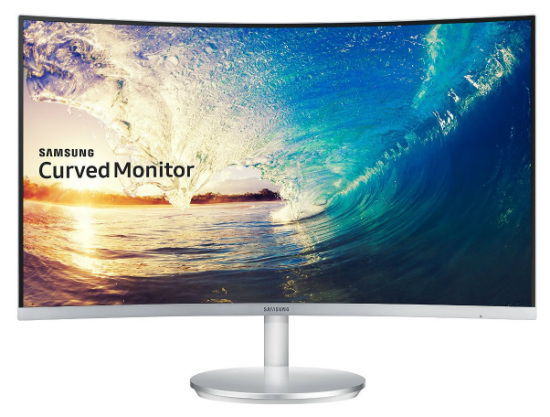 The Samsung CF591’s semi-floating stand design really works for it. With a tasteful glossy white paint job and powdered silver highlights, it easily distinguishes itself from the pack. The monitor bezels are almost non-existent, making for a great frameless experience. The single bar bezel at the bottom gives the monitor a slightly futuristic look, and the stand, although a little inadequate in keeping the monitor rock steady, does its job in keeping things interesting. A glaringly large downside to this stand setup, though, is a complete lack of VESA support and no orientation options otherwise. This seems like a kick in the teeth as, after all, this monitor was supposed to be aimed at the PC-gaming crowd; and one of our best claims to master-race nobility is the potential to be able to customize to our heart’s content. Even with the artsy stance, it’s not going to get a lot of approval with those limitations.

Rather than go for the usual buttons or those god-awful touch sensors that leave you fumbling in the dark, Samsung’s taken a little artistic expression and put it to good use with a neat little joystick that sits just behind the edge of the monitor, on the rear panel of the case. The joystick will feel quite familiar if you’ve handled console gamepads or even some PC gamepads; you can press down and hold for power, tap for the menu and navigate with the directional input. Nothing revolutionary, but quite a nice touch, none the less.

The rear panel doesn’t boast much. There’s the stand mount, and just above that is the strip of connection ports. The connection options are quite adequate, with an HDMI port, a DisplayPort, and a D-sub port all within easy reach. Oddly, there is also a pair of audio jacks on the monitor, right next to the power input. I can’t really see myself using them, but I guess that it’s nice to know that they’re there. The monitor packs a respectable pair of 5-watt stereo speakers and isn’t half bad with its acoustics, given that the case is pretty packed. There’s also a little security lock port on the back, for your cable lock devices and, you know, disappointing your everyday monitor larcenist. 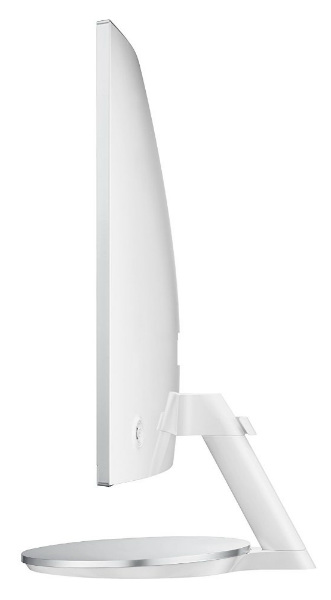 At first, this 27”, FHD, curved, VA paneled, a modernistic piece of hardware looks like it’s going to blow you away. But… Turning it on for the first time feels like a disappointment. Everything looked sub-par, far worse than you’d expect. But, thankfully, a quick google search will show you that these things seem to need to be calibrated when turned on for the first time. Why not just ship them with the fine tuning already done? Guess we’ll never know.

After a little run through with a joystick on the back and the menu, the monitor comes off looking especially nice; the better contrast really lets the resolution come to life and helps the colors distinguish themselves. The depth seems a bit better as well, but that could very well just be in my head. The screen runs at a resolution of 1920×1080 and runs @ 60hz. A little mediocre, as far as the refresh rate goes, but it’s acceptable for a good experience, whether you’re gaming, working or playing video.

Speaking of gaming and video, the monitor is pretty spot-on with still images, but after a bit of extended use under considerably bright lighting conditions, I noticed that there was something that felt a little off.  Upon closer inspection, a tiny amount of, what I can only describe as the faintest motion blur between the darker colors, was the culprit. Combined with the great levels of contrast, this seemed a little odd. A few pokes at the joystick and a couple of seconds later, the monitor was looking as good as ever. The brightness needs to be turned up a bit more than you’d assume at first. Adjustments should be made with a video running, for the best results, by the look of things.

The CF591 packs a sleek VA panel, and its neat contrast capabilities come from precisely this. The VA panel does a great job of bringing things together and looks great with the curved screen. The large screen, with a slightly convex curvature of 178 degrees, creates a somewhat floaty effect with the monitor. It isn’t distracting or jarring, but actually quite pleasant. 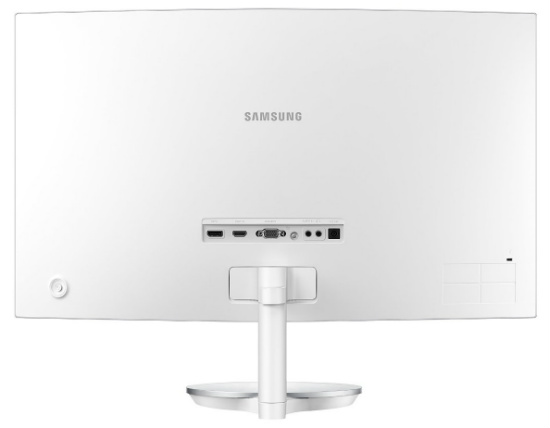 This monitor has a feature list that isn’t quite as extravagant as the $400 monitors but also isn’t as bland as the other monitors that are a little under its price range. It seems to find a happy medium and then just goes with it. At 1920×1080 @ 60hz, you can milk this monitor for everything it’s worth with a relatively budget graphics card, pumping out an immersive 60fps. With the monitor firmware supporting AMD’s FreeSync, you can get a pretty decent screen-tear free experience. FreeSync has an obvious downside, in that, much like its competitor, Nvidia’s ‘G-Sync,’ it can only be used in tandem with its respective graphics processing hardware. Nvidia cards for G-Sync and AMD/ATI cards with FreeSync. What these do, exactly, is adjust the refresh rate of your monitor, on the fly, so that the monitor updates at the exact rate that your graphics card processes frames. This is similar to V-Sync in a small way, but with FreeSync and G-Sync, you don’t need to worry about the extra lag and frame stutter. Samsung also boasts a nice flicker-less experience with the CF591, which does a great job with keeping your eyes comfy with long stretches of usage. A pretty darn good response time of 4ms keep the colors moving accurately with every frame, as well as the darks, making this great for those games and videos that go for an immersive cinematic feel.

The Samsung CF591 does differently, that which most other monitors tend to leave a wide berth around. Whether or not it does these things right is quite an entirely different subject. The ideas are nice, and the attractiveness of the extra features are circumstantial, but a beautiful curved FHD screen with deep blacks and great contrast between color keep the CF591 in the game. At a price of $300, the monitor sits just in-between the gap where the FHD and WQHD monitors meet. If the CF591s features don’t appeal to you, you can always find a monitor that’s similar in image quality and at a lower price, but without all the newer features. If the feature list does appeal to you, then this is quite an easy recommendation.