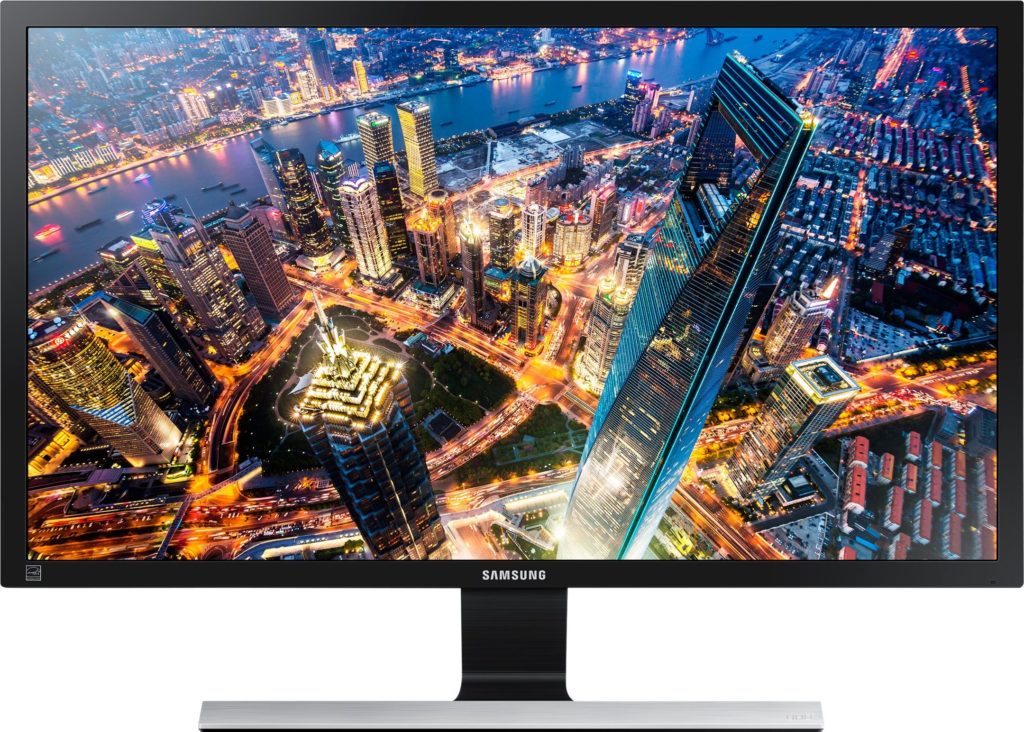 The Samsung U24E590D was one of the first 4K monitors with AMD Freesync technology. It has a 60 hertz PLS panel providing fantastic viewing angles and colors. It has a decent 6ms response time. All that for a very competitive price. The monitor looks modern and stunning, especially at this price point. It’s modern looking stand gives it a futuristic look but lacks tilt, pivot, swivel or any height adjustment although this is to be expected in this price range. However, it does have a VESA-compatible monitor mount if you wish to use your stand. Overall I am a big fan of the sleek design.

The glossy bezels around the screen was a little off for my taste, at first because I am coming from a monitor with matte black bezels but I got used to it. If you are gaming in complete darkness like I do this won’t be an issue. However, if you think this monitor is perfect except for the glossy bezel you could always just matte it. The panel itself is beautiful, especially with 4K videos. 4K gaming is also an excellent experience on this 4k gaming monitor with free sync. Once you played 4K at a decent frame rate with Free-Sync anything less feels archaic. The first game I started up was The Witcher 3. You would think the jump from 1440p wouldn’t be too noticeable, but it is. The other games I tested out were FIFA 15 and GTA 5.

Regarding the Free-Sync variable refresh range, there is no official value that I could find. I even called Samsung and several suppliers such as Scan UK and Overclockers UK. From what I’ve experienced, I would estimate somewhere between 40 and 60 FPS. Personally, though running game at sub 40, FPS detracts from the visual quality so I would tune down the settings for a more steady refresh rate within this estimated range. Be warned though you need a beefy graphics card to run this monitor like its creators intended. Such as AMD’s new flagship Fury X.

At the back of the monitor, there is a Display Port 1.2; you’ll be using this and only this if you want to utilize Free-Sync. Two HDMI ports, an audio jack, and very small power cable in. The small power cord and brick is a very nice change to the standard inflexible cable leads that come with the majority of other monitors. The joystick located on the back of the bottom right makes accessing the menu easy and efficient. I don’t know many people that mess around with the menu settings other than to initially calibrate things. But if you do it, it is simple to do. If I had to pick something that irritated me, it would be that blue LED in the bottom right. It shines rather brightly when the monitor is a standoff. That is fine for now, but I can imagine this being annoying for those who sleep near their battle stations. However, writing this I quickly discovered in the Russian manual that this was changeable in the menu which contains everything a monitor enthusiast would need. 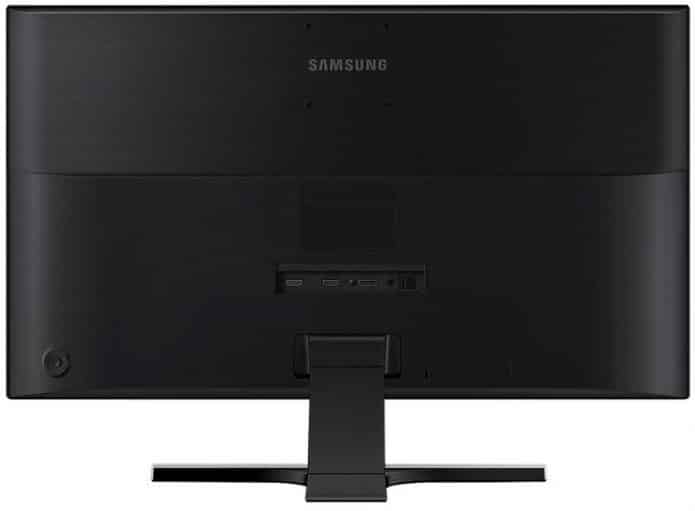 In conclusion, the Samsung U24E590D is the best 4k gaming monitor with free sync for a small budget. I would also prefer the bezel to be thinner and matte black. However, these changes may increase the price but will transform this monitor from great to excellent. Possibly having a 144-hertz panel in the future when hardware can support 4k and that kind of speeds that would just completely make it a dream monitor. Overall though I would say that this monitor is the best gaming monitor if you do not want to spend a ridiculous amount on a 4k gaming monitor with free sync. You could use a Nvidia GPU with this monitor, but the Free-Sync potential would be wasted. If you have Nvidia, you would be better off with a more expensive G-Sync monitor.

Search
NEW
POPULAR
You are here: Home / Reviews / Monitor / Samsung U24E590D Review- Best 4k gaming Monitor with Freesync and IPS Panel
This website uses cookies to improve your experience. We'll assume you're ok with this, but you can opt-out if you wish.Accept Read More
Privacy & Cookies Policy
Necessary Always Enabled
Share This