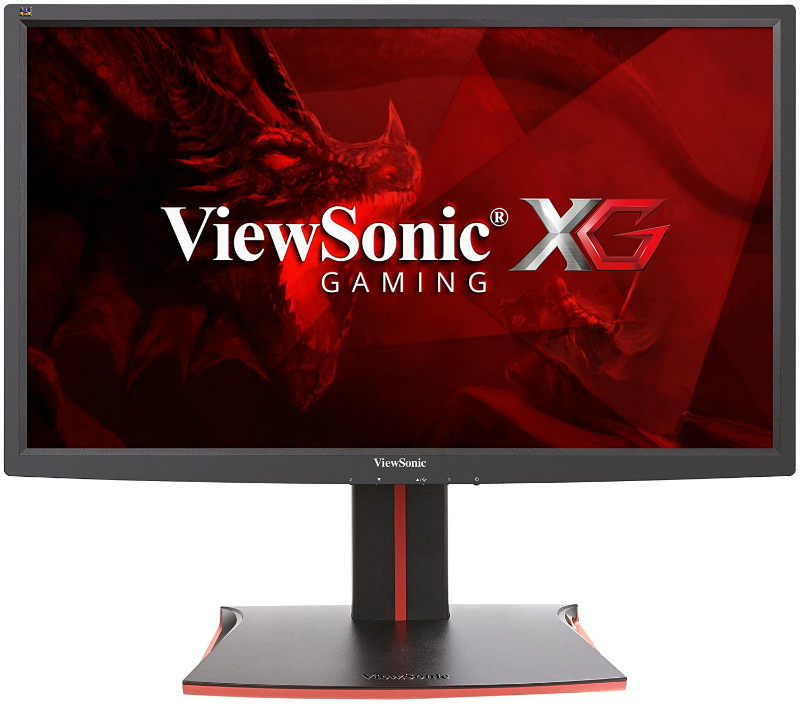 The ViewSonic XG2401 is one of the significant models in the 144Hz generation of gaming monitors for its excellent performance despite being the underdog. The product also represents tremendous value since it is one of the most affordable options in today’s market. The ViewSonic XG2401 isn’t as popular as its competitors from Asus or BenQ, but let’s check out why it consistently garners fantastic feedback from the gaming community. 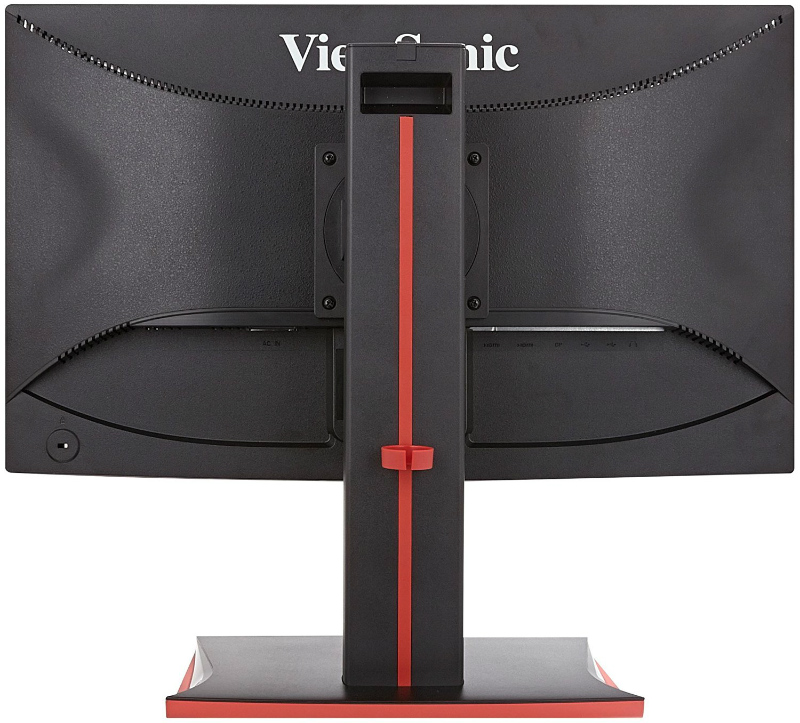 The ViewSonic XG2401 sports a subdued design that comes with just the right amount of gamer-centric dashes of red. The chassis has a matte gray appearance, which looks lighter than what the competitors use. The display isn’t bezel-free, but the plastic strips shouldn’t cause distractions when gaming or watching movies.

The size of the ViewSonic XG2401 is almost identical to every 24-inch monitor out there, but its base is slightly more profound than the redesigned version on the XG2402. The added chunk of the base isn’t as substantial as you’d think, but it may affect some users who want to push their keyboards inward to accommodate a wrist pad.

You will find the ViewSonic XG2401’s OSD buttons on the middle part of the bottom bezels. They are tactile and responsive even when soft-pressed, so the layout isn’t as inconvenient as it looks. Although honestly, we still prefer joystick controls which can be found on more expensive models.

The ViewSonic XG2401 is a budget-oriented monitor, but it doesn’t fail to include excellent build quality and ergonomics in the package. The gaming monitor comes with a fully-flexible stand that can tilt, swivel, pivot, or let you adjust height. You can also swap out the stand for a VESA desk or wall mount if you so desire.

Connectivity isn’t an issue for the ViewSonic XG2401 since offers just about every standard connector you will ever need. The I/O panel at the rear includes DisplayPort 1.2 and dual HDMI 1.4 slots for video inputs. You also get a pair of 2-Watt speakers and three USB 3.0 ports for convenience.

The ViewSonic XG2401 sports a 24-inch TN panel with a 1920 x 1080 resolution, 144Hz refresh rate, and 1ms response time. Other typical specs such as a 1000:1 contrast ratio and 350cd/m2 of brightness, plus a 6-bit+FRC color interface are included in the data sheet. 144Hz 1080p gaming displays still use TN technology, but we think it is the best choice since it is the fastest.

The ViewSonic XG2401 impresses once tested with a colorimeter like the DataColor Spyder Elite. The screen can reproduce 100% of the sRGB gamut and can be tweaked to reach an accuracy score of Delta E 2.4. The monitor is fantastic at creating rich and vibrant colors considering it is a TN-based product.

When pumped all the way to its max, the ViewSonic XG2401’s backlight reached a whopping 380cd/m2 of illumination. Contrast exceeded the brand’s specifications since it can reach 1050:1 at 20% to 30% brightness. It’s interesting to note that some of the more expensive TN models we tested failed to exceed 900:1, bringing this model up a notch in our rankings.

Panel uniformity in both color and brightness is also great since variances do not exceed 10% across the quadrants of the screen. We did not notice any backlight bleeding on the edges or clouding on the screen, so your gaming visuals are secured from irritating flaws.

The ViewSonic XG2401 is capable of FreeSync with a functional range of 48Hz to 144Hz. While not as impressive as the AOC G2460PF’s 30Hz to 144Hz, you can still rely on AMD LFC when frames drop below 48FPS. Take note that you need to use an AMD GPU like the RX 580 to take advantage of this feature.

For the E-Sports fanatics, the ViewSonic XG2401 carries an Overdrive feature that further reduces blur and image retention. TN panels are fast enough in this regard, but some extra sensitive users may still experience artifacts or ghosting. We recommend staying at the Advanced setting since the Ultra Fast option induces a lot of overshoot.

Thoughts on the ViewSonic XG2401

The ViewSonic XG2401 is an excellent gaming monitor despite being overrun with a lot of newer options in the market. It still is widely applauded in online communities for offering better image and color quality than more expensive options, including its later versions. Its ability to produce vibrant colors and a deep contrast make it a must buy if you want maximum eye candy in your games.

On the other hand, the FreeSync range on the ViewSonic XG2401 could use a bump since same-aged models already offered a more extensive, 30Hz to 144Hz range. We also noticed that this model lagged behind its successor when it comes to pixel responsiveness, especially at lower refresh rates. But then again, the ViewSonic XG2401 is a must buy if you can get it way cheaper than the XG2402.