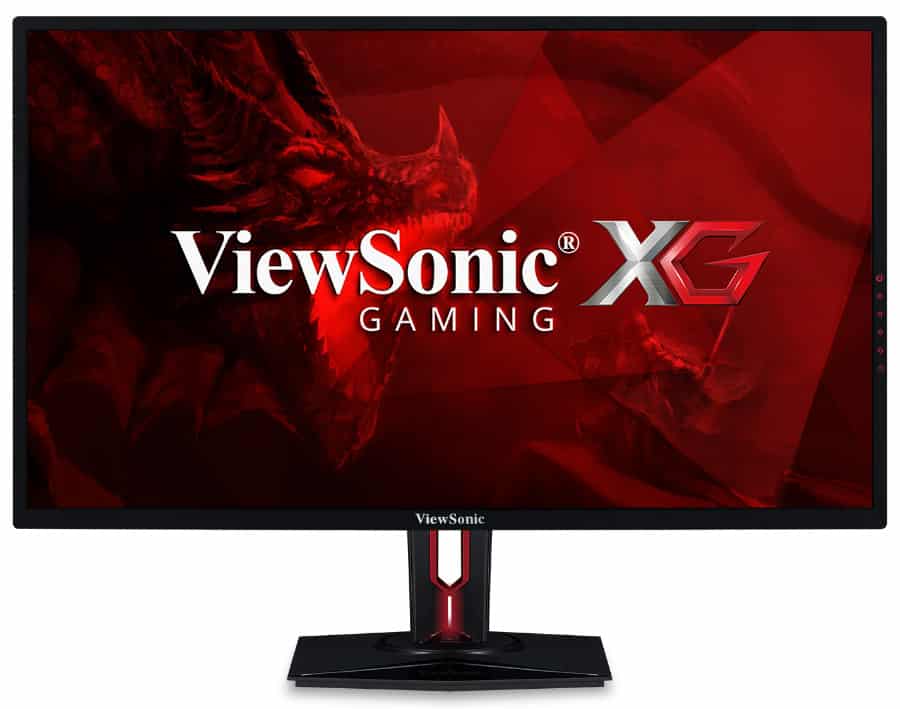 The ViewSonic XG3220 offers PC and console gamers a 4K display with HDR10 support and FreeSync for a superb visual experience with crisp details and brilliant colors. The monitor closely resembles some offerings in the market such as the BenQ EW3270U which are perfect for the said applications. You can’t expect true HDR quality from the ViewSonic XG3220, but can it offer the gorgeous eye candy most of us want for gaming? 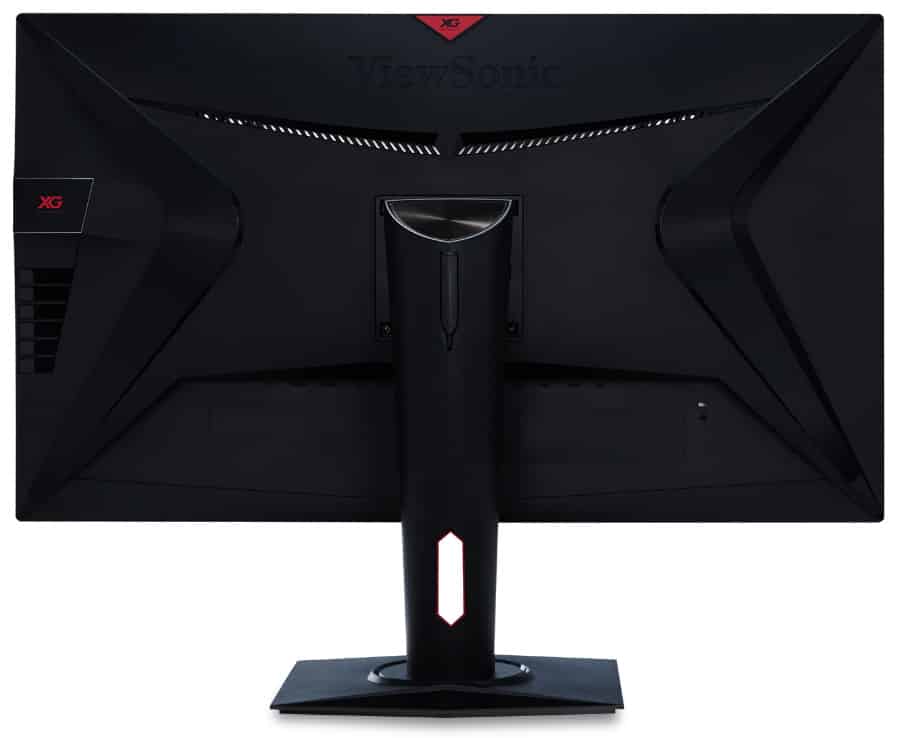 The ViewSonic XG3220 sports the same aesthetic from its siblings such as the ViewSonic XG2530, save for a few minute differences in some parts. The chassis is mostly made of matte black plastic, with dark red accents in the tidy hole and the labels. The face isn’t bezel-free, but users only have to contend with slender plastic borders which when rationalized with the screen size, isn’t distracting.

Build quality is superb even if the ViewSonic XG3220 is at the lower middle end of the pricing curve. The plastics used are thick enough to avoid cracking and creaky sounds, while the device stands stable on your desk. Take note that you do have to allot some space for this monitor, especially since it needs a little over ten inches of depth.

The rear of the chassis sports the line’s new X-pattern design which gives the monitor its distinct gamer-centric nature. There are OSD buttons on the side for easy access, although memorizing the keystrokes can be a chore at times. There are no RGB arrays at the back, but the stand has a small LED strip just below the cable tidy hole for ambient lighting.

One aspect we dislike from the ViewSonic XG3220’s design is it still uses buttons for the OSD instead of a joystick. Many prefer the latter for its convenience since buttons can get confusing when you can’t see them or if you play in the dark. The layout’s location is easy to reach from the front and it’s labeled properly, but you’d have to memorize the functions at some point.

What we like about the ViewSonic XG3220 when compared to similar models in the market is its fully-adjustable and removable stand. The 4-inch height adjustment range is excellent for a monitor of this size, plus you can tilt, swivel, and pivot this beastly display for a multitude of configurations. Wall or armature mounting is also an option since the XG3220 is VESA compatible with its 100 x 100 bolt pattern.

The ViewSonic XG3220 Doesn’t have USB-C, but it includes a fair arrangement of connectors for its intended uses. The model comes with a DisplayPort 1.2 slot and two HDMI 2.0 ports for video inputs plus four USB 3.0 slots and a pair of 5-watt speakers. The layout includes connectivity for a gaming PC and up to two 4K HDR gaming consoles to make the monitor an all-in-one gaming display.

This model also includes a pair of 5-watt speakers which are decent for music listening and youtube videos. We still recommend a headset for gaming which you can hang at the pop-out hanger on the upright for better accuracy and focus

The ViewSonic XG3220 boasts a 32-inch VA panel from Innolux with a 3840 x 2160 4K resolution, 60Hz refresh rate, and 5ms response time. Other typical specs included are a static contrast ratio of 3000:1 and a flicker-free 300cd/m2 backlight. The screen uses a 10-bit color interface achieved via dithering to help the monitor provide a comprehensive gamut that is required for what the product promises.

The 4K resolution fits better in a 32-inch display since the pixel density of a little less than 140 isn’t too tight, but it still provides a massive increase in detail. The need for scaling is lessened as a result, so you don’t have to squint too hard on the screen when reading a wall of text. 4K was always meant for larger screens since that’s where its strength is more appreciable.

Again, like the BenQ EW3270U, the ViewSonic XG3220 does not support HDR on a hardware-based level. There is no mention of local dimming, but the official site suggests that this model will be able to reach 95% NTSC which is within range of HDR’s DCI-P3 requirement. The monitor’s HDR feature also doesn’t work on DisplayPort 1.2, so only consoles like the Xbox One X which connect via HDMI can utilize it.

The ViewSonic XG3220 is capable of exceeding the sRGB gamut easily, reaching as much as 106% in tests. Color accuracy could use some improvements at Delta E 2.8, but we don’t consider the variances detrimental to the product’s main purpose. Color temperature is slightly cooler than expected, but its forgivable since it makes white backgrounds like browsers look less white.

One of the strongest characteristics of the ViewSonic XG3220 is its contrast which easily reaches a peak of 2100:1 at reasonable brightness settings. You do have to set the Black Stabilization to its 18th level out of a whopping 22 to achieve this, along with a backlight level that’s around 40% of the maximum. Gamma is slightly off no matter what we try at a little less than 2.3, but it doesn’t ruin the overall image at all.

Panel uniformity for the ViewSonic XG3220 could also be better since the upper quadrants of the screen have a bit of clouding. This flaw affects the contrast and richness of the colors in the mentioned spots, but they are only noticeable when viewing dark still images. Of course, this aspect change between unit to unit, so make sure you can exchange your XG3220 if problems like this are present.

What we’re worried about is pixel responsiveness since the ViewSonic XG3220 uses VA technology for its screen. However, the monitor is actually one of the best we’ve tested since blurs are mostly kept at a minimum. Color persistence almost doesn’t happen, but they only become visible in very fast sequences.

The ViewSonic XG3220 is a FreeSync 2 gaming monitor, so you will need AMD’s strongest GPU to maximize games in 4K. The monitor isn’t certified by Nvidia to be G-Sync compatible, so we cannot guarantee that the tech will function flawlessly. Input lag is limited to 9ms at 60Hz, making this monitor responsive enough for hardcore gaming.

Final Thoughts on the ViewSonic XG3220

The ViewSonic XG3220 is an excellent gaming monitor if you want a unified display for PC and 4K consoles like the PS4 pro. The VA panel provides rich colors and contrast, while the system allows you to tweak its strengths to your liking. We like the design of the device since it’s functional and it doesn’t go too crazy.

However, we don’t think the ViewSonic XG3220 is the best pick if you are looking for the perfect HDR monitor. Its HDR implementation is limited, especially since you can’t activate it if you are using DP as your input. It’s a superb gaming display, but it falls short on some of its claims and capabilities.