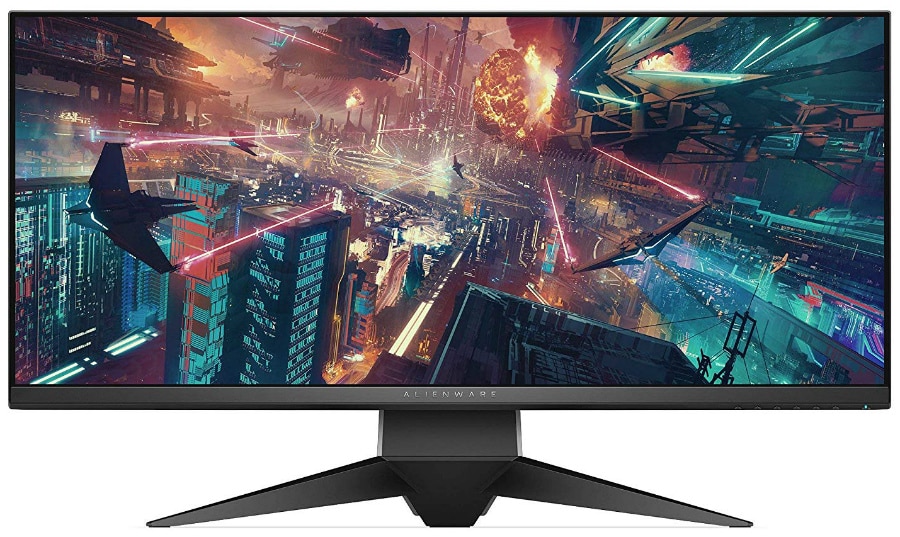 The Alienware AW3418HW offers a lower price than the AW3418DW at the expense of having a lower resolution, but with a higher overclocked refresh rate. QHD variants are more popular nowadays, but WFHD or 1080p ultrawides are still viable options for gamers who have upper mid tier cards. The Alienware AW3418HW is an attractive option if you want to enjoy both competitive and immersive games, but what setbacks does it’s lower specifications include? 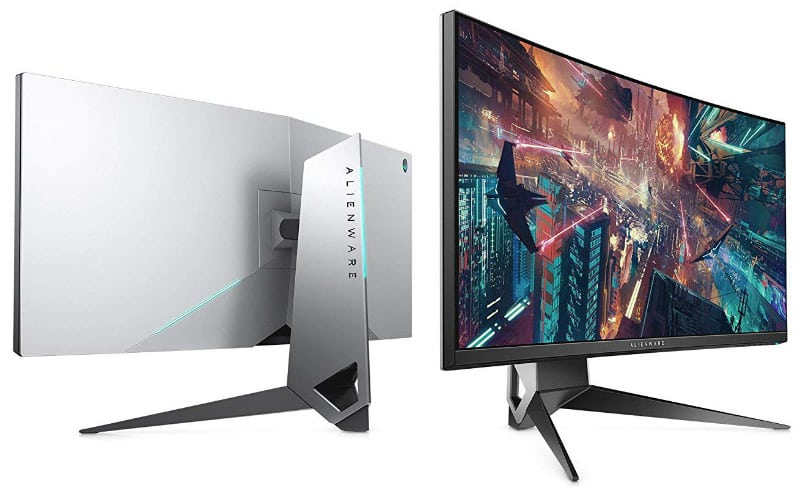 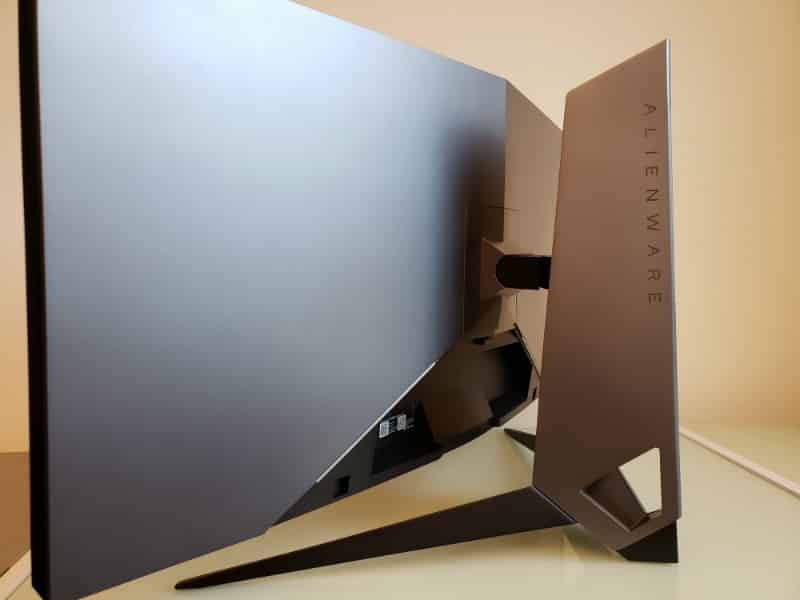 The Alienware AW3418HW shares every design aspect of its bigger brother apart from a few very minor and unnoticeable changes in dimensions. The device is composed of matte black and a lighter shade of gunmetal which still falls in line with Dell’s aesthetic treatment of its monitors. The sharp angles give the monitor a stealth bomber look, making it one of the most attractive options in the market today.

The face features Dell’s InfinityEdge concept which omits plastic borders on the top and sides of the display. Only the bottom strip is thicker, but it adds a nice, premium touch with the discrete Alienware lettering at the middle. Build quality is excellent like most Dell monitors since there are no uneven seams or burrs thanks to the brand’s fantastic quality control. 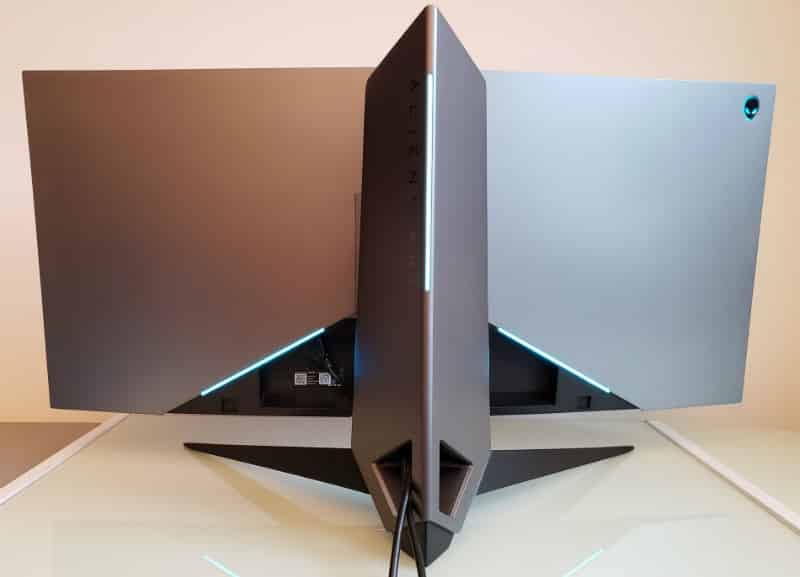 We like how Alienware incorporated RGB strips into the display without destroying its minimalist design. The rear panel has two LEDs on the slits and another on the upright’s apex which highlights its sharp lines. The Alien head also has LEDs, and all can be customized via the monitor’s software or the OSD.

The mechanism on the Alienware AW3418HW’s stand is identical to the other variant which means it offers a respectable range of adjustability. You have five inches of height travel and the ability to tilt or swivel the display which will make set up easier. You can also detach this part to reveal VESA mounts with a standard 100 x 100 pattern for aftermarket options.

The Alienware AW3418HW is a G-Sync monitor, so it comes with a standardized I/O layout. The panel can only offer DisplayPort 1.2 and HDMI 1.4 for video inputs, but there are a total of five USB slots for your accessories. Speakers are not included in the package, although there is a 3.5mm audio out jack for your headsets. 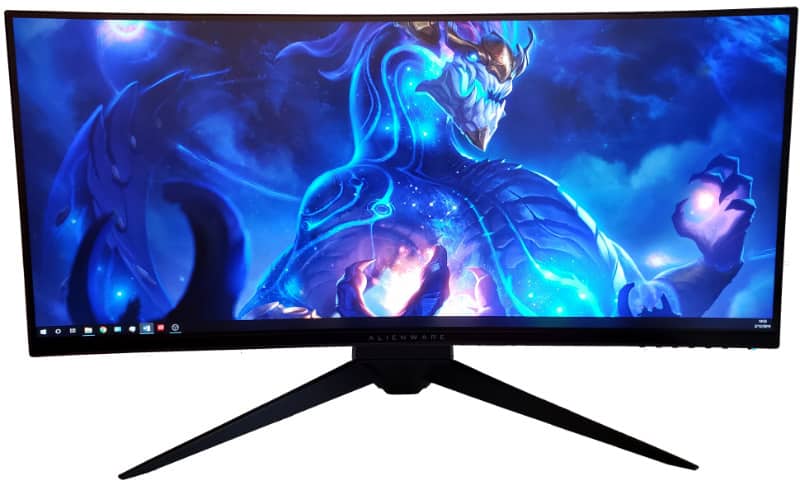 The immediate limitation you will notice on the Alienware AW3418HW is its lower pixel density which creates softer edges on some objects. This is a natural flaw of large-sized, lower resolution screens, although more GPU tiers can run its refresh rate. If you are coming from a smaller 1080p screen or a 1440p QHD variant, this will be noticeable but it’s acceptable especially if you can turn up the AA settings of your games. 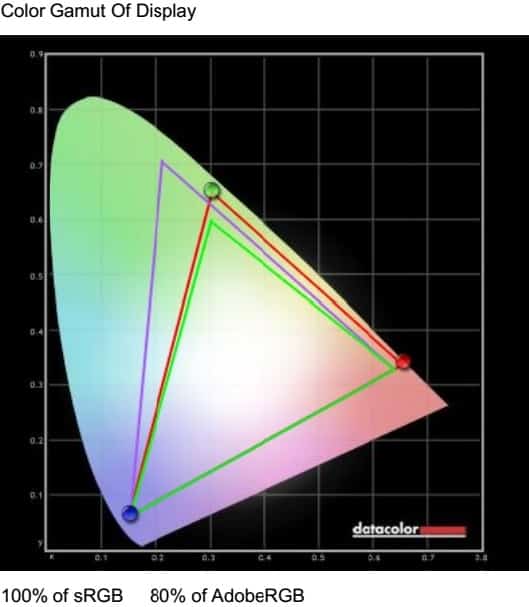 The Alienware AW3418HW’s IPS panel is capable of fantastic imaging qualities despite its aforementioned shortcoming. The monitor easily exceeds 100% sRGB at default with an accuracy of Delta E 2.29. Calibration isn’t necessary for gaming, but creators and designers can employ a colorimeter to squeeze the errors out of the display.

Gamma is slightly off since it tracks closer to 2.1 instead of the ideal 2.2, and contrast maxes out at 870:1 at 50% or lower brightness. The screen does make blacks look slightly grayish when the lights are off, but most IPS monitors have this symptom. The only surefire way to avoid this limitation is to go with VA panels, but it’s difficult to pick a model with accurate or balanced qualities.

The screen gets very bright since it is able to reach 306cd/m2 which slightly exceeds the manufacturer’s specifications. That number isn’t a lot, but imagine having that much light spread out evenly on a 34-inch surface. Most of us found it difficult and painful to use the Alienware AW3418HW at its maximum, but turning it down to 50% or below made the monitor more amicable to our peepers. 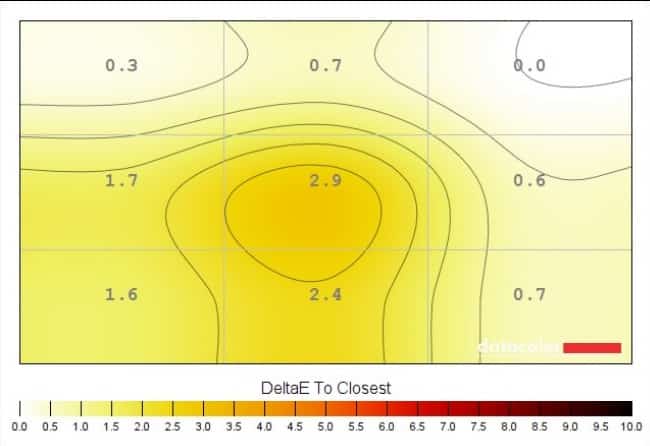 The brightness is especially effective since the Alienware AW3418HW we tested had a fantastically uniform panel. The variance in brightness doesn’t exceed 8% across all quadrants, while color deviance maxed out at DE 2.9 at 50% brightness. We love the panel’s balanced look, ensuring that games and media won’t have any noticeable skewing.

The Alienware AW3418HW is a G-Sync monitor which enables full compatibility with Nvidia GPUs while adding a nice overclock to the panel’s actual 144Hz refresh rate. It’s great that we did not experience any issues when activating the boost with G-Sync enabled.

The Alienware AW3418HW is also able to handle motion with aplomb, despite its slower rated pixel response time than TN panels. Minor blurring and ghosting is still present if movement inputs are too sudden, but it isn’t something you should be worried about. Input lag isn’t the best at 14ms, but the device is still fast enough not to induce delays or “de-synced” instances.

Thoughts on the Alienware AW3418HW

The Alienware AW3418HW is an excellent gaming monitor despite its minor limitations. The display’s image quality is superb and the uniformity is indicative of a thorough selection and QC process by the brand. Gaming performance is unquestionable, especially if you can maximize the monitor’s refresh rate.