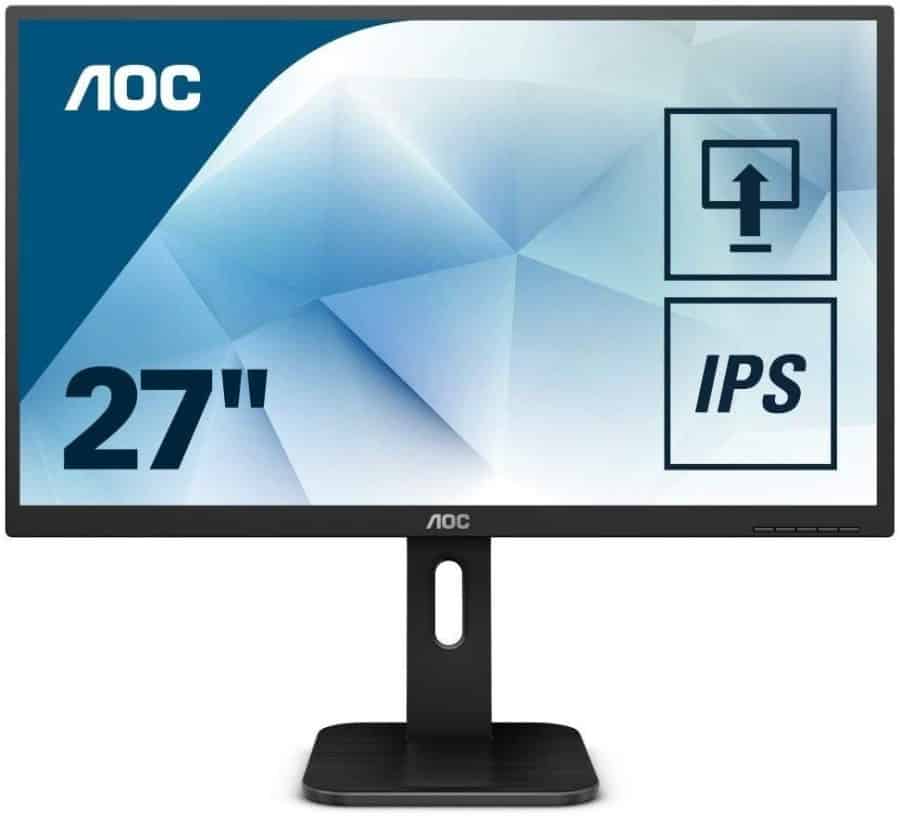 The AOC Q27P1 is designed for mix-use, but its characteristics also make it a viable entry-level display for color-critical work. The product offers a 27-inch IPS screen with excellent accuracy out of the box, along with some features that make it a versatile option. The AOC Q27P1 sits in a competitive segment where many brands have already succeeded, but does it have what it takes to take the top spot? 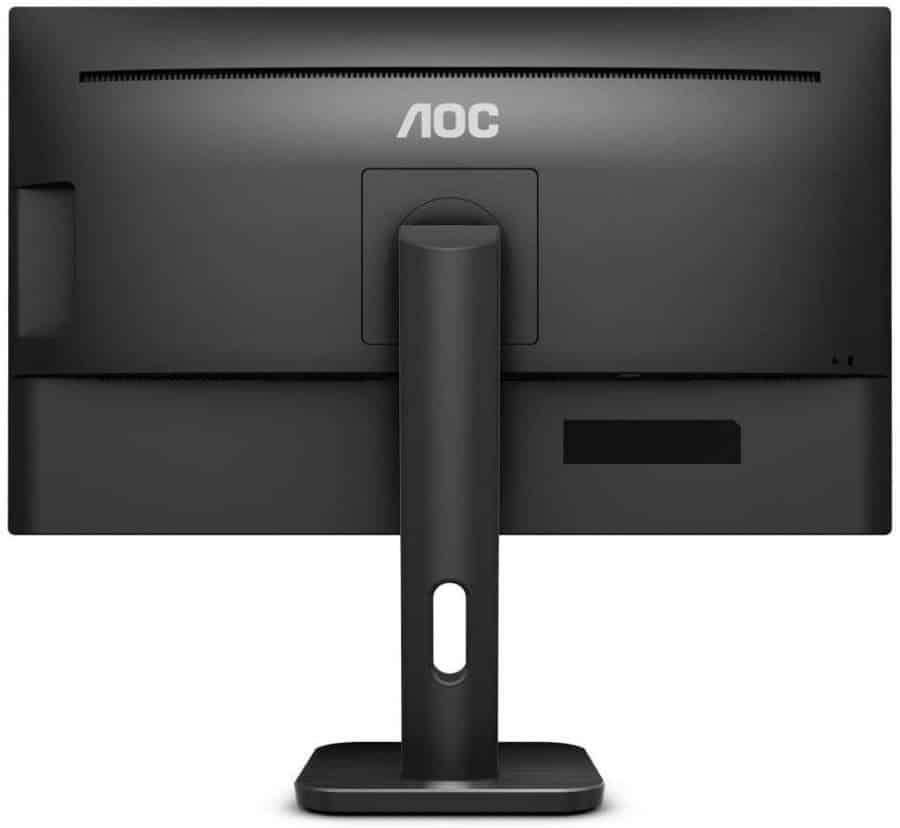 The AOC Q27P1 sports an all-business attire which makes it less attractive to RGB fans, but we know that it works for a wider audience. The monitor is mostly finished in matte black to give it a nice and healthy appearance for a long time. The display isn’t bezel-free, and we think the plastic strips will be too thick for modern palates.

The AOC Q27P1 is quite slim even if it sits in the budget segment which is usually populated by models which are often unappealing. We’re glad manufacturers are giving their lower-end more thought nowadays, especially since that’s where the income is generated most. The device will only take up eight inches of depth on your desk, leaving space for other peripherals such as a deep keyboard and a mouse mat.

Build quality is solid and reliable, telling us that the AOC Q27P1 should last quite some time. The plastics feel sturdy despite the product’s orientation towards the budget segment, plus there is no creaking or uneven gaps on the device. However, one thing we despise is the OSD buttons which makes accessing the controls confusing.

It’s easy to mistakingly press one or the other with this layout, so you may sometimes find yourself back at where you started in the OSD. The submenus are more complicated, so it takes a bit of mastery and nimble fingers if you want to adjust the display’s settings from time to time.

But what we love on the AOC Q27P1 is its stand and connectivity features which you will usually find on high-end displays. The mechanism offers tilt, swivel, pivot, and height adjustments, so getting your preferred orientation is as easy as peas. The monitor is also VESA-compatible, so opting for aftermarket mounts to use in more complicated setups is doable. 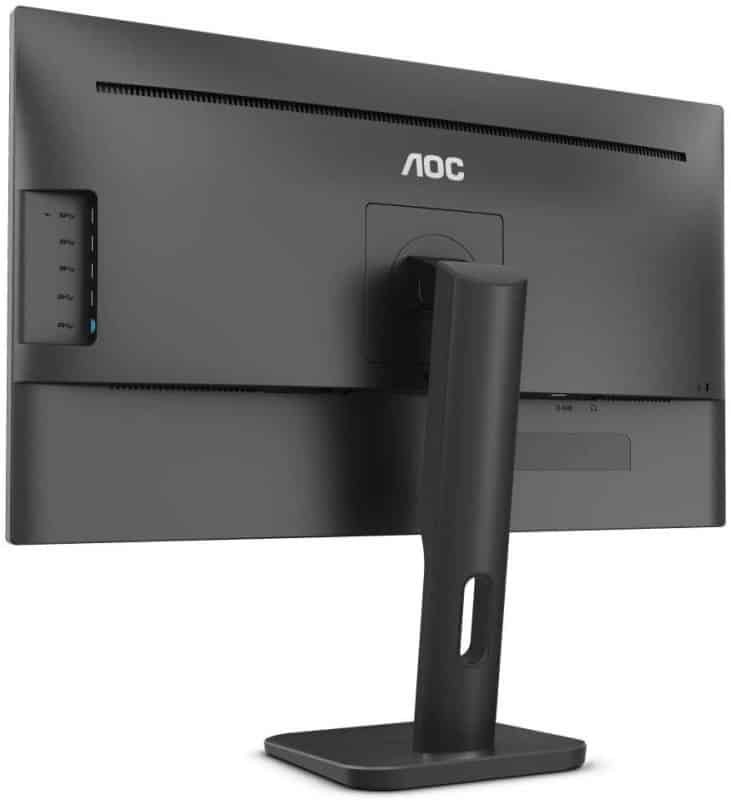 On the other hand, the I/O panel for the AOC Q27P1 includes everything you will ever need, plus a few more extras. Video inputs are handled by the DisplayPort 1.2 and HDMI 1.4 connectors, while legacy devices can be used on the DVI and VGA ports. There is also a bevy of USB 3.1 connectors which lets you connect peripherals to this device for improved cable management.

There is also a pair of 2-watt speakers with the AOC Q27P1, but we wouldn’t recommend them for anything other than background sounds. Headphones or a separate set will still be better, especially if you watch movies or play immersive titles a lot.

The AOC Q27P1 sports a 27-inch IPS panel with a 2560 x 1440 resolution, 60Hz refresh rate, and 5ms response time. The backlight at 250 cd/m2 is a bit dimmer than the usual, but it’s sufficient for daily use that’s within safe and comfortable limits. These are not gaming specs, but 2560 x 1440 is a prime spot for modern gaming since it offers the best balance between GPU power requirements and sharpness.

The AOC Q27P1’s size is the perfect sweet spot for its resolution since images appear extra detailed without downsizing everything else. We always recommend QHD monitors to users who want upgraded visuals, but cannot be bothered with 4K and its hardware requirements. The increase in desktop space is also useful for multi-tasking outside of going with an expensive QHD ultrawide.

The AOC Q27P1 manages to impress in color quality even if it sits at a segment that’s usually reserved for office monitors. The screen is capable of 96% sRGB coverage which is plenty for everyday use, including light editing. Accuracy is fantastic out of the box at Delta E 2.27, meaning there is no immediate need to calibrate the monitor.

The screen’s color temperature slightly exceeds the ideal 6500K point which lessens the warmth of sRGB-tuned products. This characteristic makes whites appear cleaner instead of slightly yellowish, but it does have a slight effect on accuracies rated by colorimeters. Gamma could use some improvements at 2.05, but it doesn’t affect the overall appearance of the screen that much.

One of the limitations of the AOC Q27P1 is its middling contrast ratio which only reached 900:1 at 50% brightness. This made blacks look grayish in darker rooms, plus grayscale rendering isn’t as clearly separated. This issue is common with IPS panels, but this isn’t the worst we’ve seen in recent times.

Panel uniformity suffered due to a backlight leak at the bottom corner of the AOC Q27P1’s screen. Deviations in this sector reached as much as 17%, which in turn, created some clouding when viewing dark images on the screen. Of course, this result varies between unit to unit, since no two IPS modules are made equal.

The AOC Q27P1 is a 60Hz monitor with an average pixel response time, so it is prone to blurring and smudging in some scenarios. Some trails and pixel persistence are noticeable when movements are too fast or when colors transition towards their opposites. Using the monitor’s overdrive feature helps somehow, but both its modes will add some overshoot which makes them less ideal to use.

The AOC Q27P1 doesn’t support FreeSync, so you can’t rely on VRR to make games butter smooth and tear-free. The device is only 60 Hz, but some graphics-intensive titles will surely experience frame fluctuations with common video cards. At least input lag is only 9ms, so you can enjoy delay-free casual play after a hard day’s work.

Thoughts on the AOC Q27P1

The AOC Q27P1 is an excellent purchase if you want a mixed-use display with reasonable performance and a low price. There are some areas that could use some improvements, but we like the image performance you get out of the low price. The monitor’s physical features also make it worth more than its asking for, but there are a lot of options that can compete in this regard as well.

Color quality is good, but the AOC Q27P1 doesn’t truly excel at one usage or the other. Gaming performance is lackluster despite the low input lag, while some points such as the poor uniformity will make content creators look elsewhere. We recommend the AOC Q27P1 if you need an affordable monitor for mixed-use, but for specific purposes, there are better options out there.