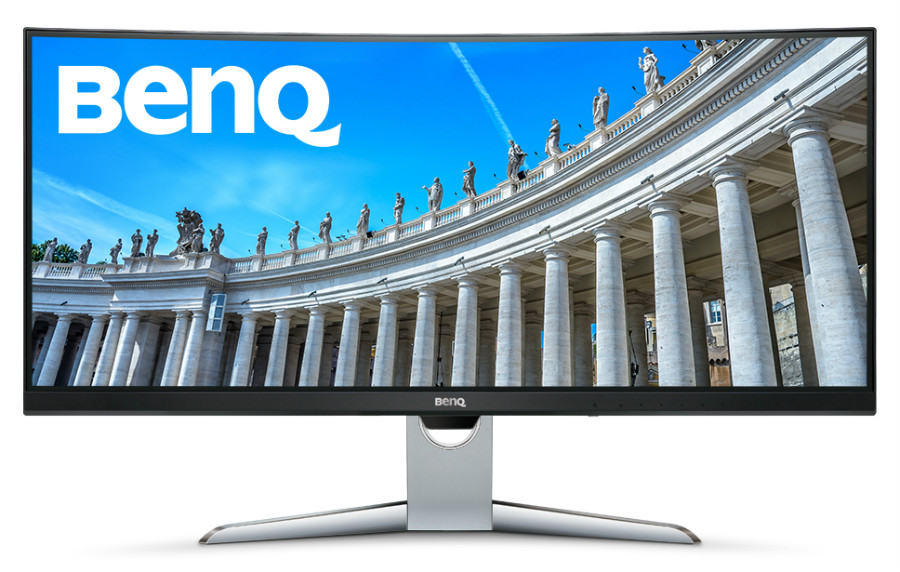 The BenQ EX3501R offers 100Hz refresh rates and HDR in a gorgeous ultrawide form factor with an 1800r curvature. The product is a fresh take on the aging 100Hz ultrawide segment with its impressive design treatment, gamer-grade performance, and HDR compatibility. Most enthusiasts are already looking at the upcoming 144Hz or 200Hz variants of this monitor type, but the BenQ EX3501R at first glance still makes things interesting. 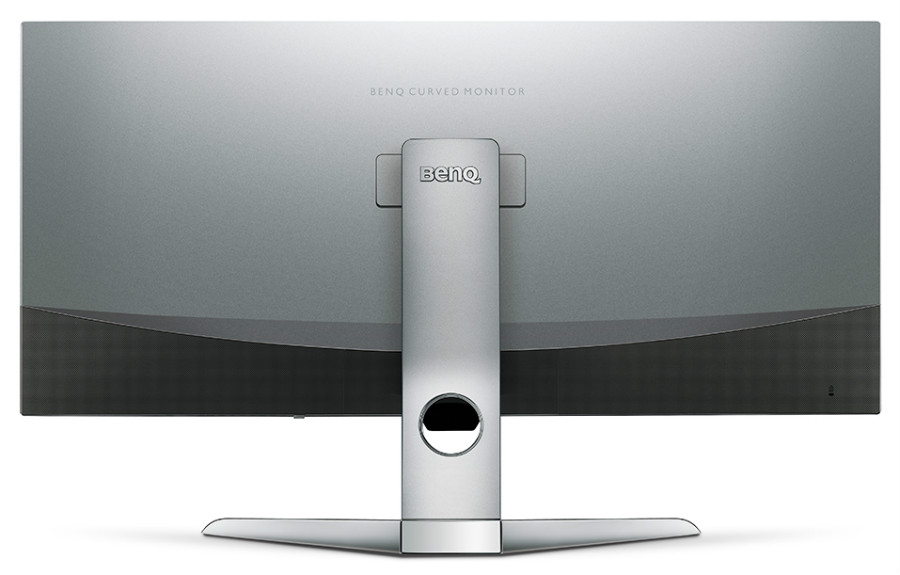 The BenQ EX3501R looks more like a professional designer monitor more than it does a gaming one because of its no-fuss, modern design. The screen has a matte black themed border which has three sides with a dual-stage style which comprises a thin outer component and narrow panel edges. While not entirely bezel-free, these parts are rarely noticeable against the 35-inch screen, especially when it’s turned off.

Most of the product has a silver finish from the stand all the way to the back panel of the cabinet. Apart from the BenQ, there is nothing to be seen, giving the BenQ EX3501R a clean appearance which is almost similar to Dell’s signature design treatment. Of course, BenQ still has their unique blend of aesthetic elements which could appeal to both sophisticated executives and gamers alike.

The included stand for the BenQ EX3501R is reasonably appealing because aside from tilt only adjustments which we see sporadically on competitors, this unit can offer height adjustments of 2.3 inches. That range isn’t much, and taller folk might still need a display stand, but it does lend a bit of flexibility to such a massive model. If in some way this part doesn’t appeal to you, it is removable and replaceable with an included wall mount transfer kit for VESA compatibility.

The BenQ EX3501R’s I/O layout is as modern as it looks since it will include DisplayPort 1.4, two HDMI 2.0 slots, two USB 3.1 receptacles, and a USB-C 3.1 port. There is no word if the display can function solely via USB-C, but it’s safe to assume so because its inclusion isn’t merely for upscale accessories such as USB-C external HDDs. If this slot can provide more than 60 watts of power, then the BenQ EX3501R will be in business as an all-in one dock/display for modern laptops and notebooks.

The BenQ EX3501R sports a 35-inch VA panel with a 3440 x 1440 resolution, 4ms response time, and a 100Hz refresh rate. The module is said to be capable of 100% sRGB coverage which is relatively easy for most high-quality VA panels, but what’s new here is the addition of HDR10 compatibility. It’s a fantastic addition to both gaming and media appreciation especially with the growing availability of compatible products.

One thing in question here is the specified backlight brightness of only 350cd/m2, whereas other HDR10 products have more or less 1000cd/m2 for to be effective for HDR. There is also no mention of FALD or Full Array Local Dimming, which is a must for HDR’s full effect. This brings us to a speculation that the BenQ EX3501R will only have support or minimum compatibility with HDR which itself needs the specs mentioned above and a gamut coverage wider than 100% sRGB.

The BenQ EX3501R will feature its signature Brightness Intelligence Plus which is an improved dynamic contrast tool that tweaks images according to ambient light and the media’s brightness or darkness. We’ve seen this feature on the BenQ EW2770QZ which achieves this automation through a sensor on the bottom bezel. We’ve seen its benefits in action, but it does have its downsides because some it can darken or over brighten images if the conditions aren’t favorable.

Finally, Despite the appearance more suited for professional applications, the BenQ EX3501R will include FreeSync compatibility with a 48Hz to 100Hz. This feature is exciting since we are about to see AMD’s new RX Vega high-end GPUs this month, which if powerful enough, could run 3440 x 1440 at 100Hz easily. Pairing this monitor with a new Vega GPU should make a beast of a gaming setup, although that remains to be seen until reviewers can test these new products.

The BenQ EX3501R offers an excellent choice for those would rather not pay the hefty tax newer spec products will most likely have without sacrificing modern features such as HDR. Gaming at 3440 x 1440 with 100Hz is still a dream come true. We are sure the performance expected for high-end monitors will be there when this gorgeous gadget releases, although its extent needs to be tested.

The aesthetic approach the company took for the BenQ EX3501R is refreshing as well since most of their top of the line products normally utilize an industrial matte black treatment. From the looks and the specs, we can predict that the BenQ EX3501R will certainly appeal to both professionals and gamers, following a thorough review its abilities.

Note: There is no exact release date for the BenQ EX3501R, but like most of the brand’s products, they suddenly pop up on favorite retailers. Keep checking our links to find out if this exciting model is already available!