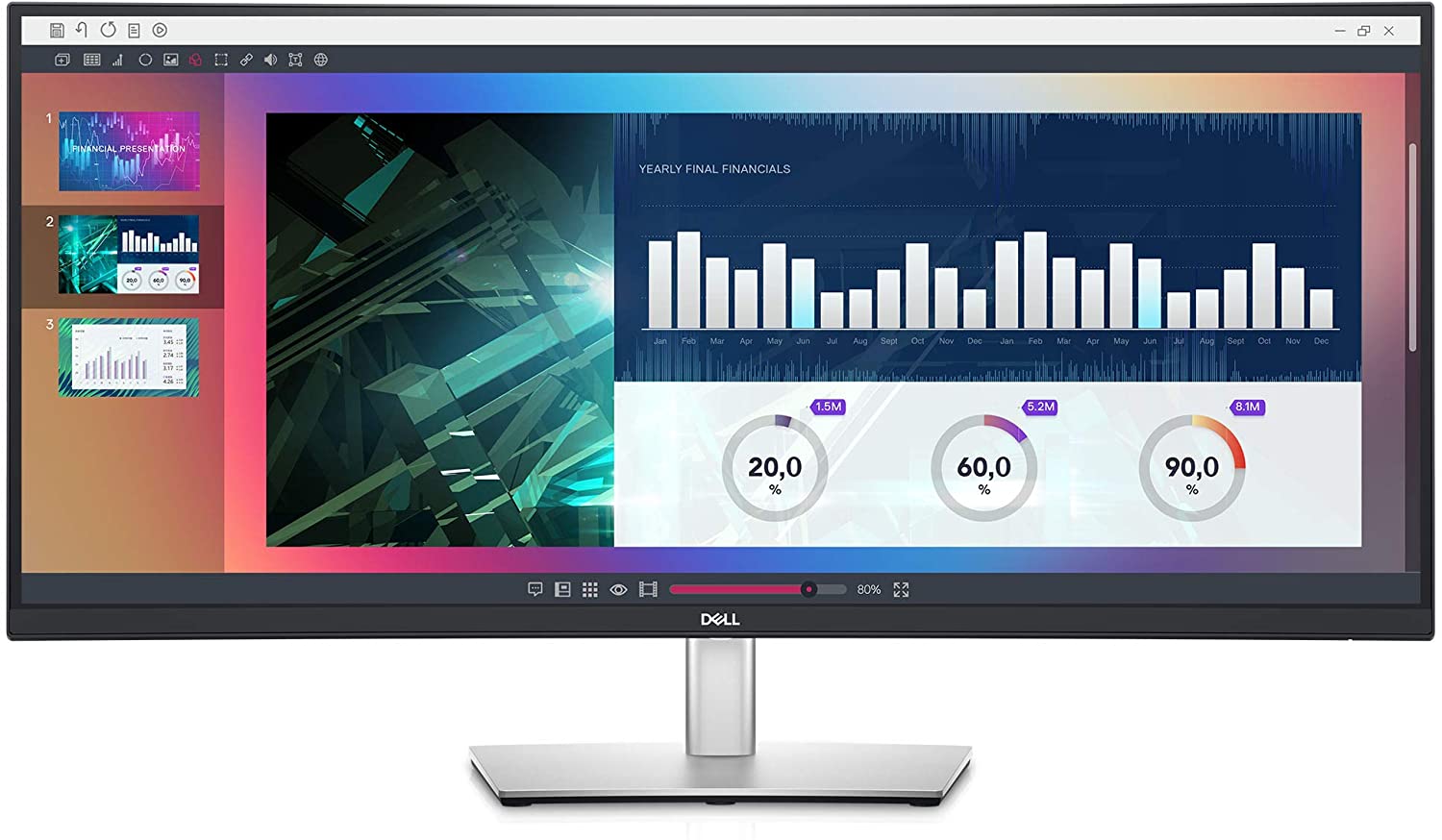 The Dell P3421W is a reasonably-priced IPS ultrawide that works great for business use and productivity. Its main draw is its USB-C connectivity which enables it to seamlessly connect with popular prosumer platforms like the MacBook Pro. The Dell P3421W looks it will be a popular choice for work and school from home in today’s social climate, but let’s check first if it’s worth the cash. 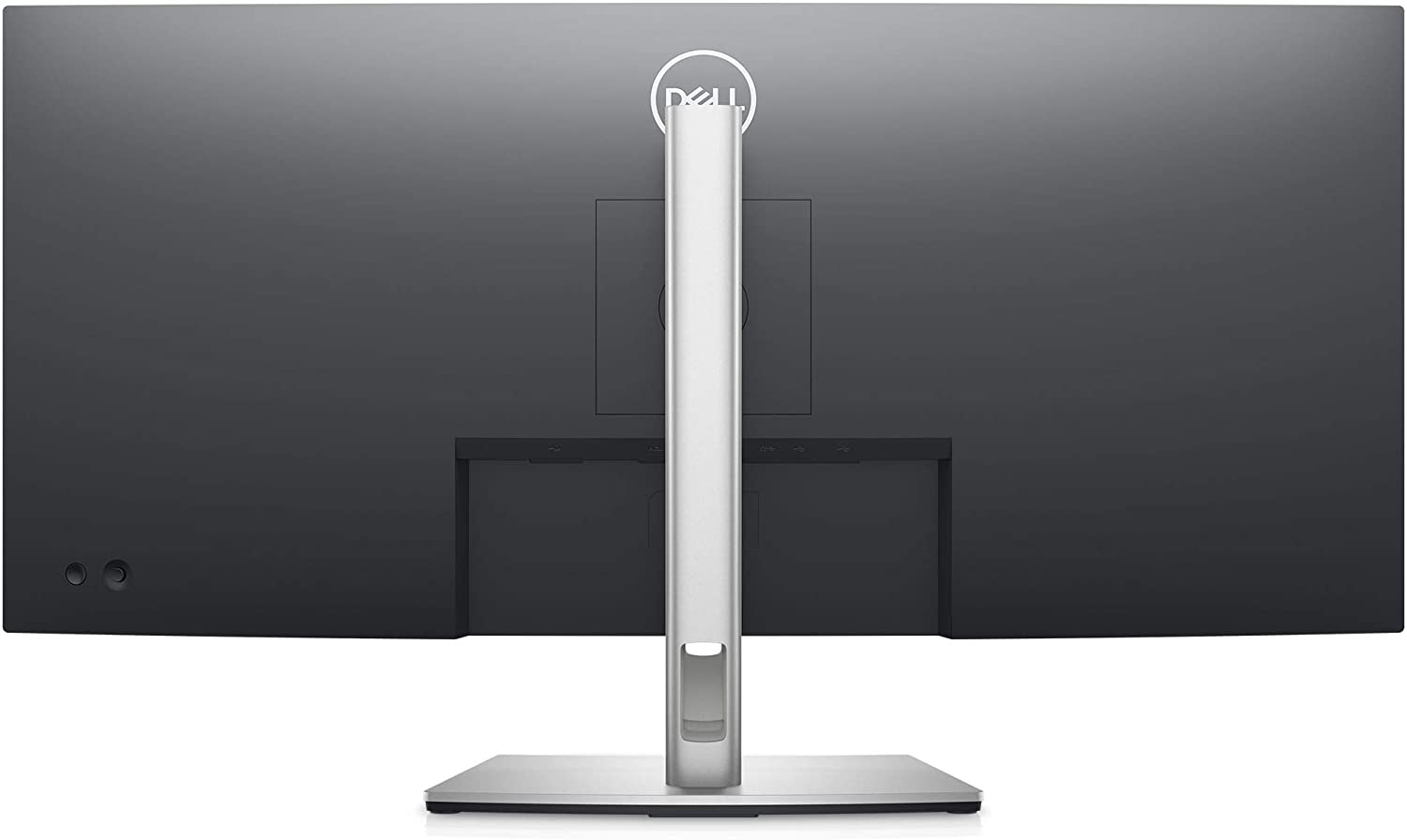 The Dell P3421W uses the same aesthetic formula as most of the brand’s business monitors, but it’s noticeably sleeker and cleaner-looking than its predecessors. It uses the same matte black and silver combination which has always looked elegant and neat.

The display is bezel-free on three sides, but you will still see inner borders when it’s in use. You need to take note of the Dell P3421W’s size which stretches a little over 32 inches wide. It doesn’t need a lot of depth since the base is flat and its size was reduced without sacrificing stability. It weighs in at 15 pounds which aren’t too heavy, but we don’t think anyone will think that it’s a portable monitor.

Build quality for the Dell P3421W is excellent just like its predecessors so damage will not happen if it’s handled correctly. The plastics feel thick and reinforced and there are no imperfections or uneven seams on any of its edges. The stand is also very stable, so you shouldn’t experience any wobbling during regular use.

The Dell P3421W includes an OSD joystick and compatibility with the Dell Display Manager app. The former lets you adjust its settings easily while the downloadable software gives easy access to some of its features like tiling multiple applications. This level of implementation is always great for productivity since you spend less time getting through jobs.

The stand included with the Dell P3421W offers tilt, swivel, pivot, and height adjustments so getting a comfortable view is easy. It’s strange for an ultrawide to be able to rotate vertically since they are usually not ideal for portrait mode. You can swap this part out with a VESA mount, but it’s only necessary if you need space or need extra flexibility. 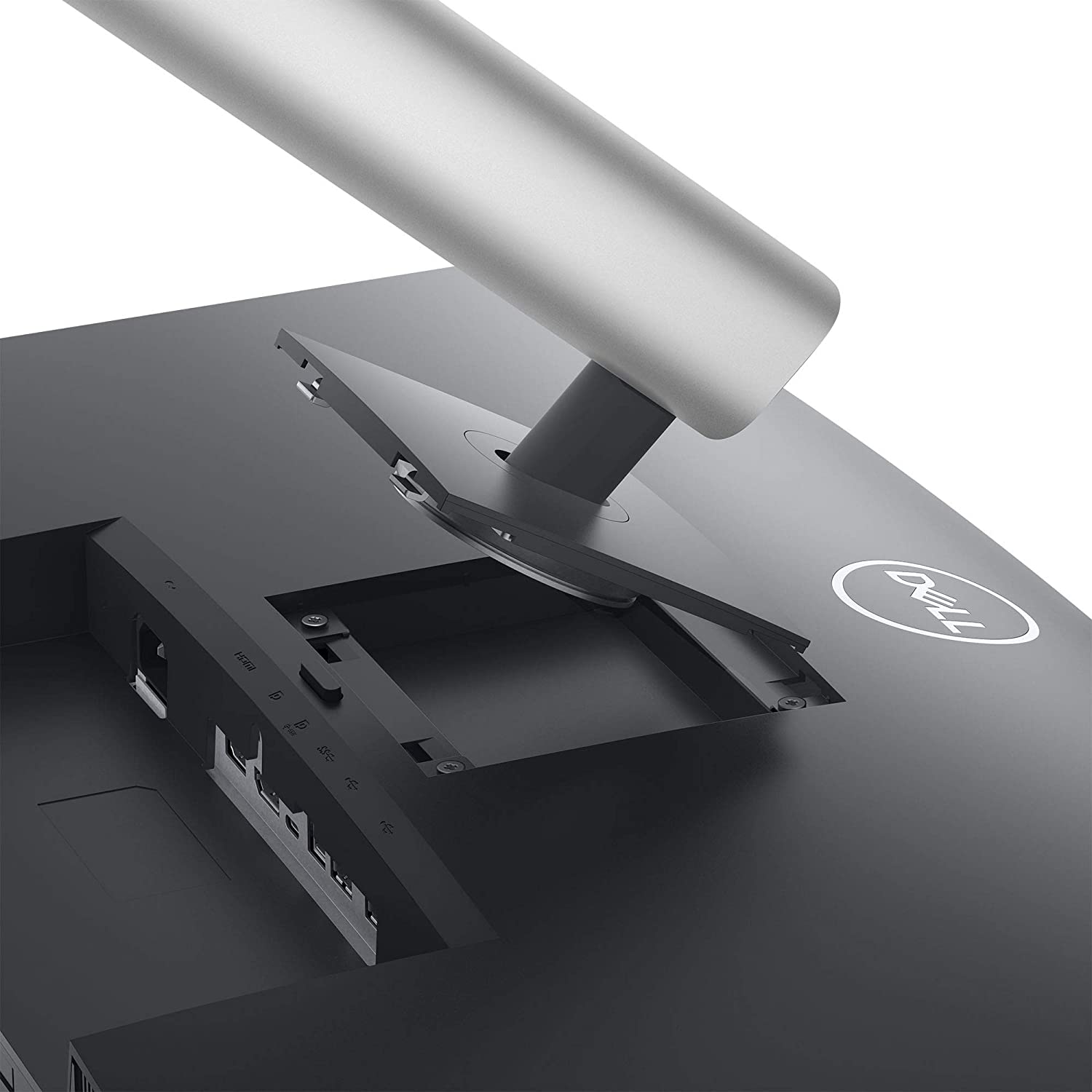 The Dell P3421W has plenty of connectivity features to suit your needs for your business or productivity setup. The layout includes DisplayPort 1.2 and HDMI 2.0 for video inputs, along with a USB-C slot that supports DP Alt Mode and delivers up to 65 watts of charging power.

You also get a trio of fast USB 3.2 slots for quick transfers and two USB 2.0 slots for convenience. The USB-C connector alone enhances the Dell P3421W’s usability for modern purposes. You can use it for single cable operation with USB-C laptops like MacBooks, but 65 watts is a bit low for the variants with meatier specs.

The Dell P3421W doesn’t include speakers which is a bummer considering its price since they will come in useful for conference calls. Adding a pair wouldn’t be too expensive, so we reckon it wouldn’t raise production costs considerably. You can opt for Dell’s slim soundbar if you want something convenient, but that adds a premium cost many wouldn’t entertain.

The Dell P3421W boasts a 34-inch curved IPS panel with a 3440 x 1440 resolution, a 60Hz refresh rate, and a 5ms response time. The backlight is rated at 300 cd/m2, while the contrast ratio is listed at 1000:1 like most IPS panels. This model doesn’t advertise entertainment-grade specs like HDR compatibility since its purpose is biased towards business and office use.

3440 x 1440 screens offer an obviously wider space with just the right sharpness which makes them perfect for professionals and productivity. Most users won’t struggle with small objects like text, and the big bonus is you get more space for multitasking. Games and videos are a pleasure as well if they support the format natively.

The Dell P3421W renders 100% of the sRGB gamut with some extensions so it looks decently vibrant for daily use. Default accuracy has a deltaE average of 2.39 which isn’t perfect, but already balanced and correctly saturated. Most users will be happy with a few minor tweaks, so it’s a great pick for plug-and-play users.

Calibrating the Dell P3421W is beneficial since you can squeeze out a color setting that’s suitable for editing work. Using a colorimeter lowered the dE average to 0.65 which is considerably better for professional editing needs. However, it’s not worth buying a $200 colorimeter just to calibrate the screen for most users.

The Dell P3421W only reached 287 cd/m2 at 100% brightness, which is already reasonable for extended use. The screen managed a 1090:1 contrast ratio at 60% brightness which is better than what the predecessors offered. However, the monitor is still incapable of deep blacks, so it can look grayish or washed out in dark scenes or when it’s used with the lights out.

Panel uniformity for the Dell P3421W isn’t perfect since the edges are slightly dimmer than the center of the screen. There are no clouding issues or considerable backlight bleeding so it looks good mostly. However, take note that this aspect can vary between every unit, so there are better and worse ones out there.

Pixel transitions aren’t one of the Dell P3421W’s strengths since it was not designed for gaming. You need a bit of overdrive to make blurs and some persistence disappear, but maxing the setting out will increase the overshoot. It’s understandable for this monitor since it’s a business model, so we can’t fault it with that minor issue.

The Dell P3421W doesn’t support FreeSync, so naturally, G-Sync Compatibility is out the window. Adaptive Sync is normal for most monitors nowadays, but many brands like Dell still do not include them in business models. Input lag is a bit high at 15ms, but most users will not notice any delays while using the monitor.

Thoughts on the Dell P3421W

The Dell P3421W is a great choice for school and work from home use or if you need a reliable monitor for multitasking. It offers decent image quality out of the box, so most users can save time and use it right away. The connectivity layout is excellent as well since it increases the monitor’s functionality for a multitude of devices.

The Dell P3421W isn’t perfect, but its flaws are somewhat minor compared to what we’ve seen in recent years. It’s not a great choice for gaming, but to be fair, it wasn’t designed for that purpose anyway. The Dell P3421W is a prime choice for business users, but cheaper alternatives like the Gigabyte G34WQC can be had if you let go of the IPS panel type.