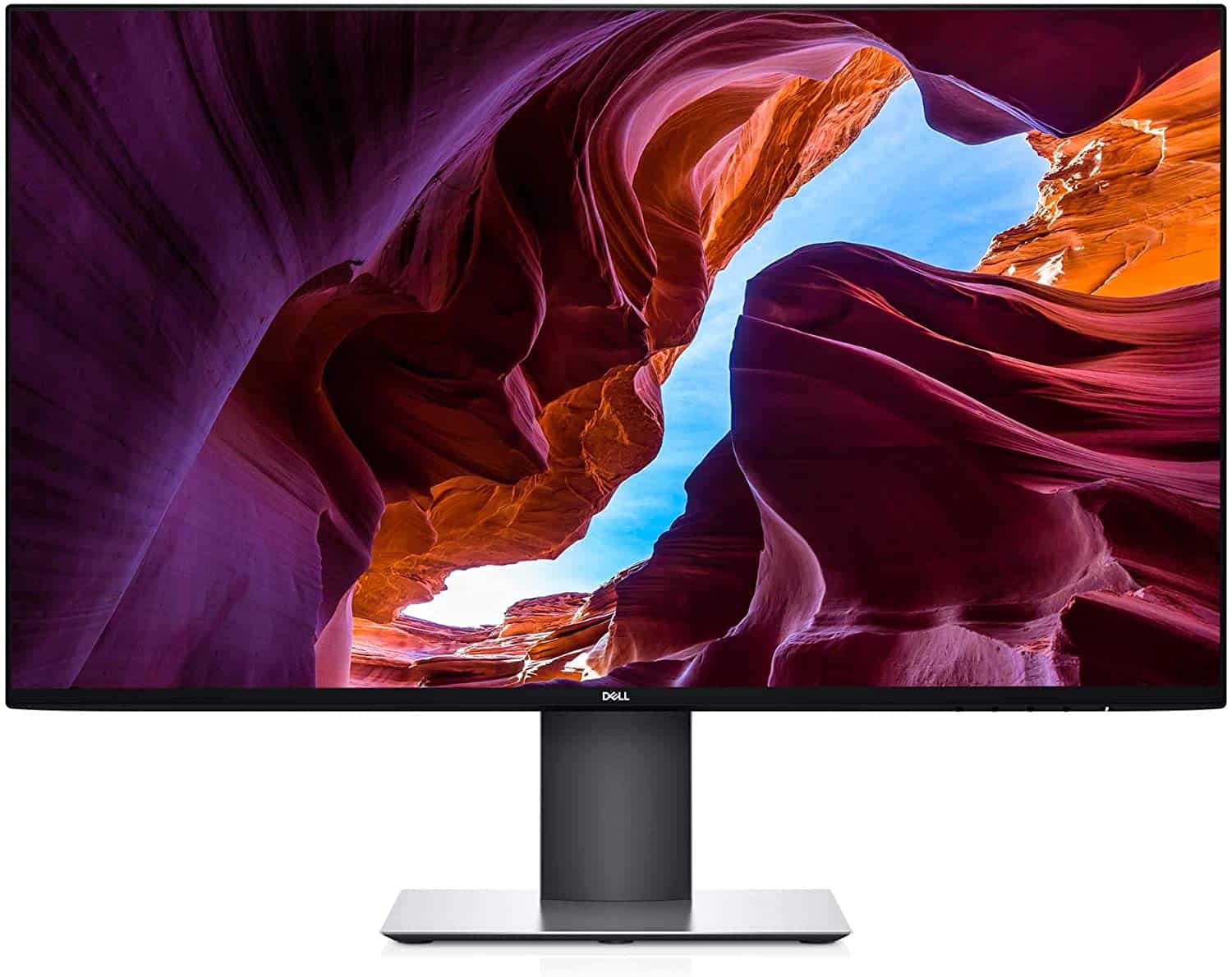 The Dell U2721DE is the latest evolution in the UltraSharp line that offers a crisp and vibrant IPS panel and USB-C connectivity. It’s an attractive package for users who either work from home or those who are into editing and content creation. Let’s find out if the Dell U2721DE is worth the price and if it should be your daily driver at home or in the office. 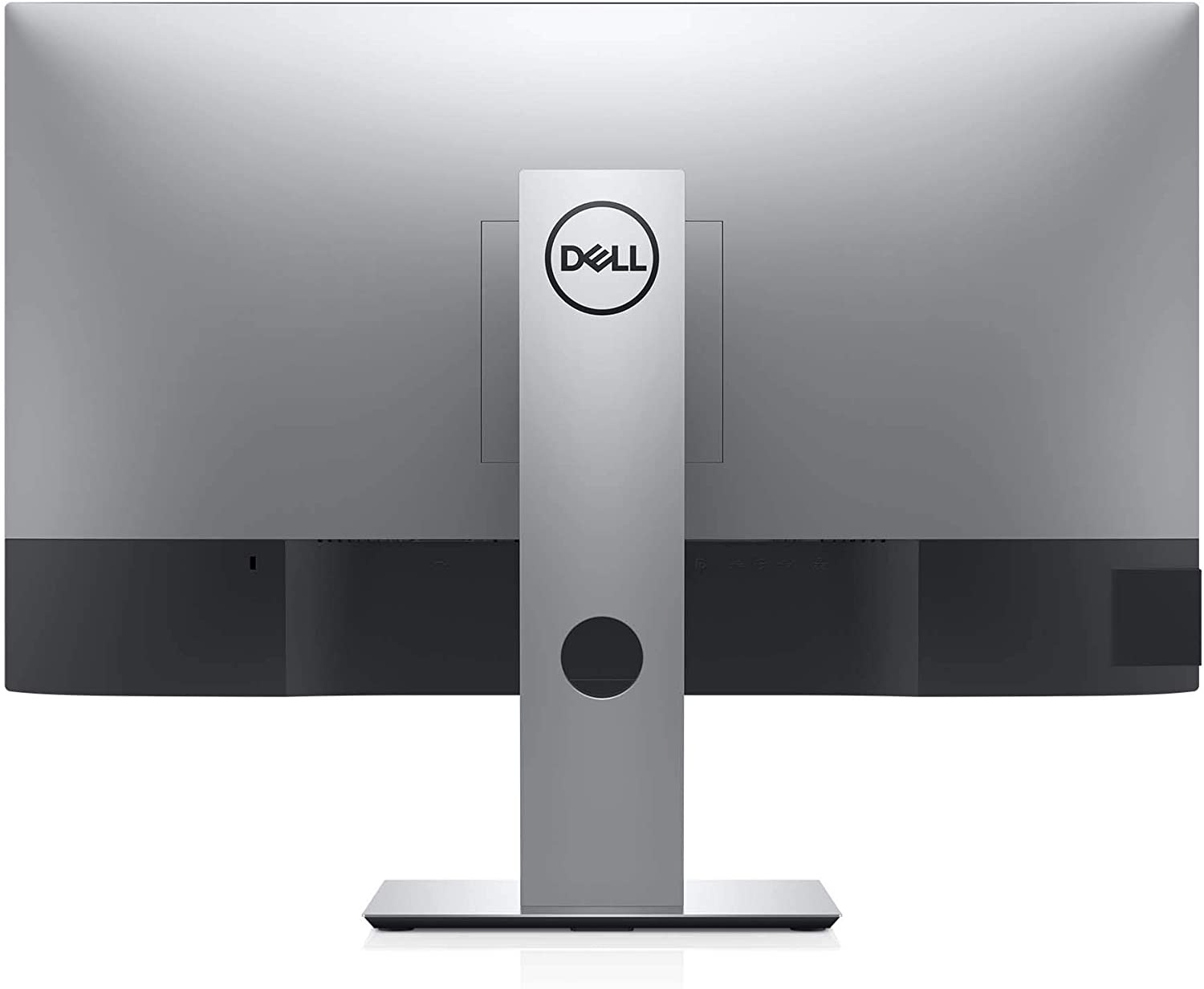 Little has changed for the Dell U2721DE when it comes to aesthetics, but there are some subtle improvements that make it look modern. The monitor has a combination of matte black which will not go out of style or clash with your setups. What’s nice about it is it’s virtually bezel-free so you get a clean and maximized view of the display.

Dell has slimmed down its monitors, particularly with the stands and bases that they use which used to require massive areas on a desk. This model only needs seven inches of depth, so it shouldn’t be intrusive on built setups. It’s heavier than similar-sized monitors at almost 20 pounds, so be careful when you are trying to move it around.

Build quality for the Dell U2721DE is fantastic and comparable to all of the brand’s premium displays we’ve handled in the past. It’s mostly made out of plastic, but it’s heavily reinforced so it won’t flex or break that easily. The stand offers excellent stability even if its base is now smaller and there are no wobbling issues to disturb you.

One letdown we saw on the Dell U2721DE is its use of OSD buttons instead of a more convenient joystick. The small keys are located under the bottom bezel next to the power button with LED so they are easy to reach. However, its still easy to mistakenly press a different button and it will take some time to master their functions since they don’t have labels.

The stand included with the Dell U2721DE offers tilt, swivel, pivot, and height adjustments, so you can set your preferred angle readily. The upright is positioned at the rear of the base so you can push it closer to a wall while enjoying some space for small gadgets and peripherals. You can swap this part out with a VESA mount, but that’s mostly unnecessary unless you have multiple screens.

The Dell U2721DE includes DisplayPort 1.2, HDMI 1.4, and a 65-watt USB-C for video inputs, along with a DP 1.4 Out port for daisy-chaining. You also get four USB 3.0 ports for accessories and a 3.5mm jack for audio devices, but two of the former are located in a hub on the side for easy access. The monitor was designed to co-exist smoothly with workstation setups or for users who have multiple machines at their disposal.

The Dell U2721DE doesn’t have speakers, but that’s obvious if you check out its side profile and see how thin it is. Most users will opt for separate sets or headsets anyway, but built-ins are quite handy for conference calls or even some background music. Dell sells a mini soundbar for their monitors, so at least you have some options if you think bookshelf speakers are too cumbersome.

The Dell U2721DE sports a 27-inch IPS panel with a 2560 x 1440 resolution, a 60Hz refresh rate, and a 5ms response time. The backlight has a 350 cd/m2 maximum while the contrast ratio is specified at 1000:1 like most IPS panels. It doesn’t have special features like HDR certification since it’s designed with productivity and professionals in mind.

27-inch 1440p monitors are perfect for most uses since they offer the best balance between sharpness and legibility. You get a noticeable upgrade in crispness and space, but your eyes won’t suffer from text since they don’t become too small. Games also look better here compared to 1080p screens, but your GPU requirements will climb up as well.

The Dell U2721DE covers 99% of the sRGB gamut and around 75% DCI-P3 which is lower than what we’ve seen on the U2720Q. default accuracy is decent with a deltaE average of 2.78 which means the monitor is good enough for daily use. However, it isn’t comparable to Dell’s pre-calibrated offerings which had better scores with their stock settings.

Calibrating the Dell U2721DE is beneficial since the dE average improved to an impressive 0.71 which already makes it suitable for editing use. Colorimeters are only essential if you are using the monitor for professional applications, but home users can make do with a few tweaks. Doing so will lessen the extra warmth of the screen and balance out some of the oversaturation in some colors like reds and oranges.

The Dell U2721DE’s backlight reached 351 cd/m2 at 100% as specified, and that’s plenty for daily use. However, its contrast was unimpressive at 1023:1 at 40% backlight even if was within the manufacturer’s specifications. The screen can look washed out when displaying dark scenes since the resulting black luminance is too high.

Panel uniformity for the Dell U2721DE was great since there was no major backlight bleeding or clouding issues on the screen. There are some quadrants with blooms, but they were less noticeable compared to other IPS monitors we’ve seen. But do take note that this aspect varies between every unit, so there will be specimens out there with better or worse symptoms.

The Dell U2721DE has decent response times even if it’s a 60Hz monitor that was not built for gaming. It’s not ideal for fast-paced games like Warzone, but it looks great for casual titles like Cyberpunk 2077. You need to use the monitor’s overdrive to help in this regard, but only the Normal level with a small boost is useful since anything higher will add noticeable overshoot.

The Dell U2721DE also doesn’t support FreeSync, so G-Sync Compatible mode isn’t possible as well. It’s acceptable for productivity monitors, but many brands still implement Adaptive Sync on their business variants. Input lag sits at 9ms at 60Hz, so you won’t feel delays or sluggishness from the screen while using it.

Thoughts on the Dell U2721DE

The Dell U2721DE is a decent office monitor that has plenty of features and a robust design that will last a while. Its main draws are its USB-C slot and its clear IPS panel which are both great for work from home use, especially if you use laptops like the MacBook Pro. It also offers excellent color performance, but you have to squeeze it out with some calibration.

However, the Dell U2721DE is quite expensive for a 60Hz 1440p monitor that doesn’t do well in usage that’s beyond office work. It’s not a great choice for gamers as well since it doesn’t have Adaptive Sync. It’s a great buy for work from home use, but it’s rather limited compared to other options in the same price range.

Search
NEW
POPULAR
You are here: Home / Reviews / Dell U2721DE Review – Premium USB-C Monitor for Work from Home and Business Use
This website uses cookies to improve your experience. We'll assume you're ok with this, but you can opt-out if you wish.Accept Read More
Privacy & Cookies Policy
Necessary Always Enabled
Share This