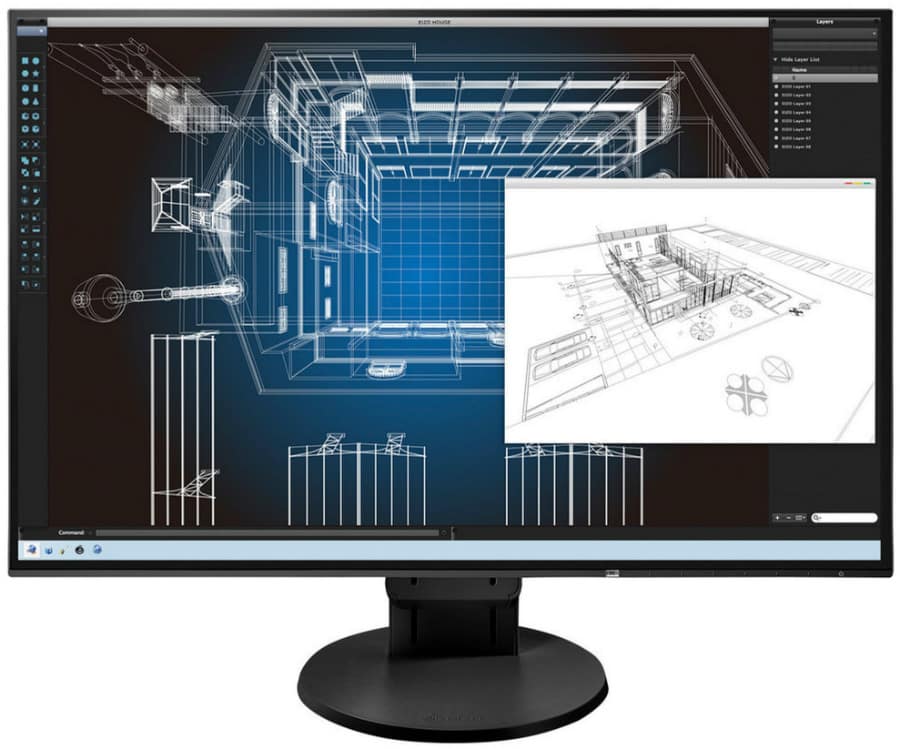 The Eizo EV2456 is a revamped 16:10 IPS monitor designed for the business market where the extra vertical space on the screen comes in handy. Eizo has always been synonymous with quality and reliability, providing consumers with high-grade display products throughout the years. The Eizo EV2456 isn’t priced like a vanilla IPS monitor for home and office use, but does that mean that it has ground-breaking qualities you don’t see every day? 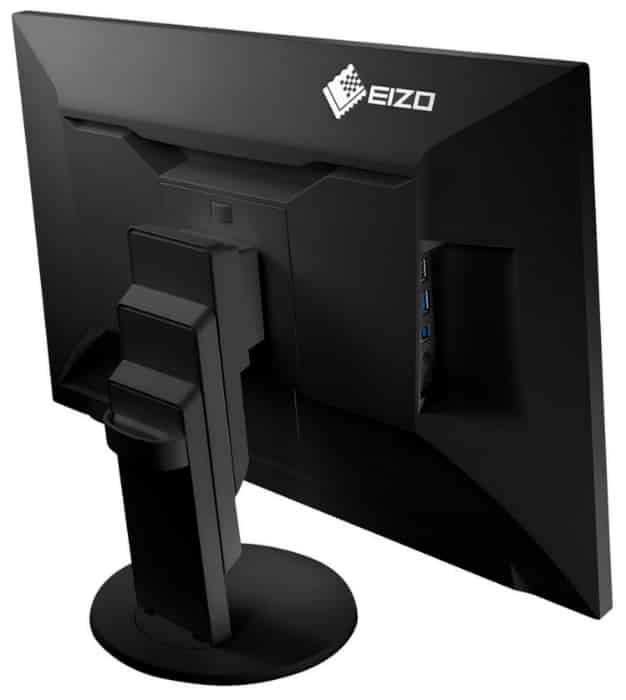 The Eizo EV2456 sports a clean, all-business design like most of the brand’s offerings which has seen consistent success in the professional category. What changed this time is that Eizo eliminated the bezels for a much cleaner and streamlined look. Panel borders are still present and visible when the display is turned on, but they are not as distracting as the older models.

The Eizo EV2456 isn’t built to be a super-sleek display, but it does include excellent functionality for an office display. The monitor’s proportions are still within reasonable limits, and you would be surprised at how practical and intuitive it is once it’s on your desk. This monitor has one of the narrowest footprints we have seen at seven and a half inches, allowing users to utilize a full-sized keyboard with ease.

Build quality for the Eizo EV2456 is fantastic as always due to its tank-like durability brought about by the premium materials. The plastic panels on the chassis are thick and sturdy, while there are no uneven seams or gaps in between. There is also no squeaking sound from the stand which has a complicated telescoping design when trying to adjust the display.

We love Eizo’s FlexScan stand design which provides excellent ergonomics for ease of use and comfort. The upright is split into three sections which slide up or down to give the screen a good range of height adjustment, plus you can also tilt, swivel, and pivot with great ease. This model is also compatible with 100 x 100 VESA armatures, although we don’t think there is a need for it.

The Eizo EV2456 features fantastic connectivity thanks to a well-equipped layout that includes just about every connector you will need. Video inputs include DisplayPort 1.2, HDMI 1.4, DVI-DL and VGA which should be able to accommodate quite several host devices. There is also a dedicated hub on the side which contains three USB 3.0 connectors and 3.5mm jacks for audio in and out.

Eizo even managed to squeeze in a pair of 1-watt speakers, but they are too weak for media consumption or even light gaming. But since the product is aimed at the business market or office users, we reckon this feature is sufficient since its not going to be used regularly.

The Eizo EV2456 includes a 24-inch IPS panel with a 1920 x 1200 resolution, 60Hz refresh rate, and 5ms response time. The device has a 350 cd/m2 backlight which is more than sufficient for its target market plus a typical contrast ratio of 1000:1. These aren’t cutting edge specs by today’s standards, but Eizo has always been about brilliant execution more than anything else.

The 1920 x 1200 is pretty close to a typical 1080p variant when it comes to appearance, although there is noticeably more space on the vertical axis of the view. The extra pixels on the Eizo EV2456 also add a bit of crispness to the image, although the advantage isn’t that big to be readily noticeable. WUXGA monitors like this model are great for productivity when working with long documents while there is an off-chance that some titles might not support the resolution.

The Eizo EV2456 posts excellent color results when tested with a colorimeter like the SpyderV Elite. The IPS panel produces 99% of the sRGB gamut with an outstanding out of the box accuracy of DeltaE 1.95 which is sufficiently accurate even for professional use. The screen’s color temperature slightly deviates from the 6500K standard, but the little warmth it adds is a nice and comforting touch.

The contrast on the Eizo EV2456’s is slightly weak at 800:1 which will make some blacks and other darker colors look a bit washed. This limitation is a known fault of IPS panels, but there are better variants in this regard such as LG’s NanoIPS models. We recommend turning down the backlight to moderate levels to help with this and to avoid getting your eyes seared by the 355cd/m2 maximum brightness.

The Eizo EV2456 could benefit from some calibration which should also be able to correct its 2.1 gamma, but we don’t think it’s worth it for most cases. The screen appears generally balanced, and colors are rendered at a satisfying scale, so buying a colorimeter isn’t vital. It’s also worth noting that only the NEC PA243W is generously better, but its more than twice the price and it has broader gamut coverage.

Panel uniformity is excellent even if the Eizo EV2456 is equipped with an IPS module which has always suffered from backlight bleeding and the like. The brightness deviates as much as 14% on the sides, but it does not affect performance or add a visible penalty to the colors. Each of the quadrants are within DeltaE 2.0 of the D65 standard so that you won’t see a lot of discrepancies in accuracy and quality.

Motion handling isn’t a strong suit of the Eizo EV2456 due to its very high pixel response time. Blurs are very noticeable when playing games like Apex Legends or CSGO where mouse movements involve swiping. The included overdrive function adds overshoot, so we can only recommend this model for casual or story-based single-player titles.

The Eizo EV2456 doesn’t have FreeSync for buttery smooth visuals, so you won’t be able to trick it into working with G-Sync as well. What’s great is the monitor’s input lag which sits at 10ms, so there are no noticeable delays between your mouse or keyboard and the screen.

Thoughts on the Eizo EV2456

The Eizo EV2456 offers strong imaging qualities and reliability that you can certainly get on an enterprise model. The screen’s default output is excellent, and it doesn’t need calibration, but there is still some room if you want to minimize deviations further. The IPS panel in this model did not exhibit the dreaded defects or limitations of the tech, but that could change between unit to unit.

However, the Eizo EV2456 makes you pay top-dollar for that extra vertical space brought about by the 1920 x 1200 resolution with a 16:10 aspect ratio. Cheaper alternatives are few and far in between, but the good news is that imaging performance between this device and its closest competitors like the AOC X24P1 do not vary massively.