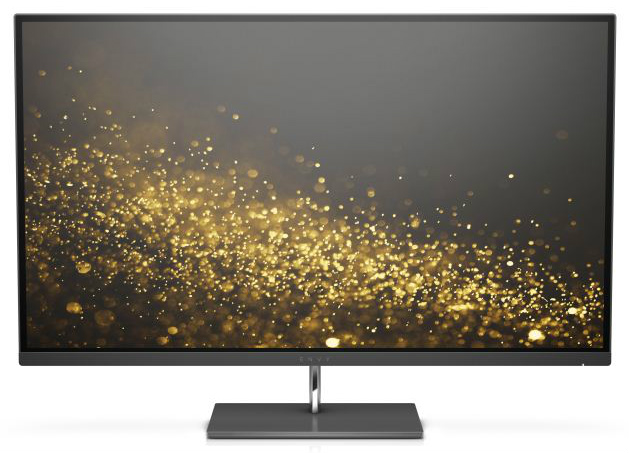 Last year, Hewlett-Packard or popularly known as HP released a new line of products designed to look stunning while packing a lot of punch regarding performance. One of the products in the line, the 32-inch HP 32 display, received mixed reviews despite having premium features. But after a lot of feedback regarding the size and the lacking resolution, the company has announced an improved but slightly smaller offering in the HP Envy 27 4k. It is indeed nice to know that there are still big businesses who listen to their fans and consumers in this day and age. The new model features a higher 3840 x 2160 resolution in a 27-inch screen size, the denser pixels in this product offers a substantially improved viewing experience versus the previous model which only had 1440p. Another big update to this latest product is the inclusion of a USB Type-C port, which enables another set of options in usage, further cementing this monitor’s listed improvements over its predecessor. 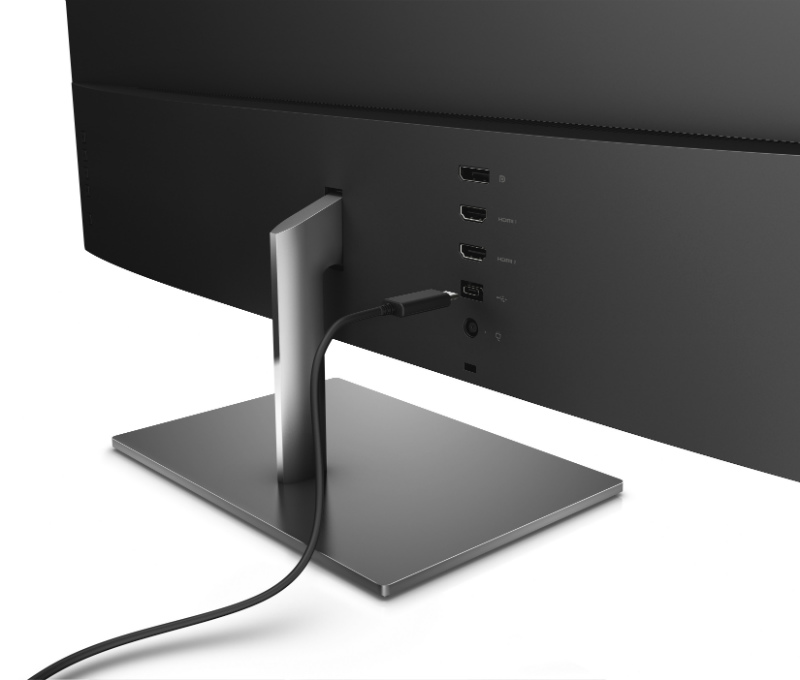 At a glance, the HP Envy 27 4K looks physically amazing. The bezels are only 6mm thin, and when viewing the gorgeous 27-inch display, they are quite unnoticeable. The display itself only measures a slim 15mm, so on a dimensional standpoint, this product fits the design standards of the market it targets. The cabinet has a clean matte black finish and texture, and there are no accents or extras to be seen from the front to the back aside from the essentials. Aside from the image specifications of the panel. It is also covered with a protective anti-glare coat which HP calls the Advanced Haze surface treatment. Against the brightness and the resolution, it is unnoticeable, and it does get the job done. The redesign also has removed the speakers from the side, of the bezel, further setting the Envy series from the Spectre line, another popular product series from HP.

Another distinguishable redesign from the predecessor is the stand for the Envy 27. From a dual post design, this year’s model has a single, chrome finished post connected to a discrete square base. HP states that this scheme was employed to create an illusion that the display floats by itself. The chrome finish helps to achieve this effect, but even if it is visible, it still is elegant and beautifully minimal. One downside of using this type of stand is it lacks any point of articulation. Adding ergonomic mechanisms to the product may seem detrimental to the overall look HP emphasizes on the Envy 27, and in my humble opinion, the monitor exudes a level of flair making it suitable to be placed as a centerpiece rather than a productivity item.

On the rear side of the cabinet, you won’t see a lot of things going on, but one of the exciting updates on this model can is found here. HP includes a limited range of signal input options for this product, so they only built two HDMI ports (one 2.0 and one 1.4), a DisplayPort and of course, the USB Type-C port. This receptacle is capable of handling data transmission and power, so ideally this monitor is compatible as a dock and external display for your Macbook Air 2016 or Google Chromebook 2016, which are both ultrabooks which exclusively rely on USB-C to charge and exchange signal and data with other devices. This addition is an early attempt at future-proofing by HP, and it is quite a welcome feature to have at a time when the market is currently adjusting to adopt the tech as the new universal standard for connecting devices.

The HP Envy 27 features a27-inch IPS panel with LED backlighting and capable of 4k resolution at 60hz. In our observation, 4K seems to be the unmentioned standard for most of the USB-C compatible monitors today since Apple, one of the early adaptors, emphasizes on quality imaging and clarity especially when you put into consideration their Retina displays. 4k 60hz is doable using the DisplayPort, but if you are streaming from a device such as a Macbook Air, the USB-C interface also allows this output spec via a single Type-C cable. Our first impressions also suggest that the product is capable of great color and contrast performance, as HP advertises a near perfect coverage of the sRGB color space. Most of the other specific details are still hidden from the consumers, so more information about the real world performance will be updated with this preview.

Aside from the dazzling inclusions in the product, HP has also built Freesync compatibility into this monitor. This inclusion is quite a useful feature since most systems will be hard-pressed to produce a constant 60hz at 4k. Judging from the signal input options in the device, the Envy 27 is primarily for regular desktop use instead of the mentioned Type-C usage above. Freesync has limited application capabilities with the latter since most of the current mobile devices using the standard do not have a lot of horsepower in their innards to play games at 4K. Most of these devices are designed to be portable, thin and energy efficient, so most if not all, do not carry AMD Radeon graphic processors. The IGPs from Intel processors are compatible, but they not powerful enough to play games which will have frame rates in the range of Freesync utilization.

While there is a limited set of information we can provide in this article, we can say that the HP Envy 27 4K is shaping up to be one of the top competitors in the mixed-use 4K market. Their inclusion of USB-Type C into their signal input options places them in a newer category we might see soon enough, so getting one for your home or office is a good idea. Having a device with a certain level of future-proofing is highly ideal since the digital age keeps the market in a constantly evolving and improving status. The physical design of this product does not shy away from modern ambiances, so the Envy 27 is quite suitable to represent itself as a centerpiece of your desk both in the office and in a beautiful home. HP also sets an affordable price of around $499, making this offering competitive in the 4K arena. The Envy 27 starts to ship by the first week of December, so getting one for the holidays is a good idea.