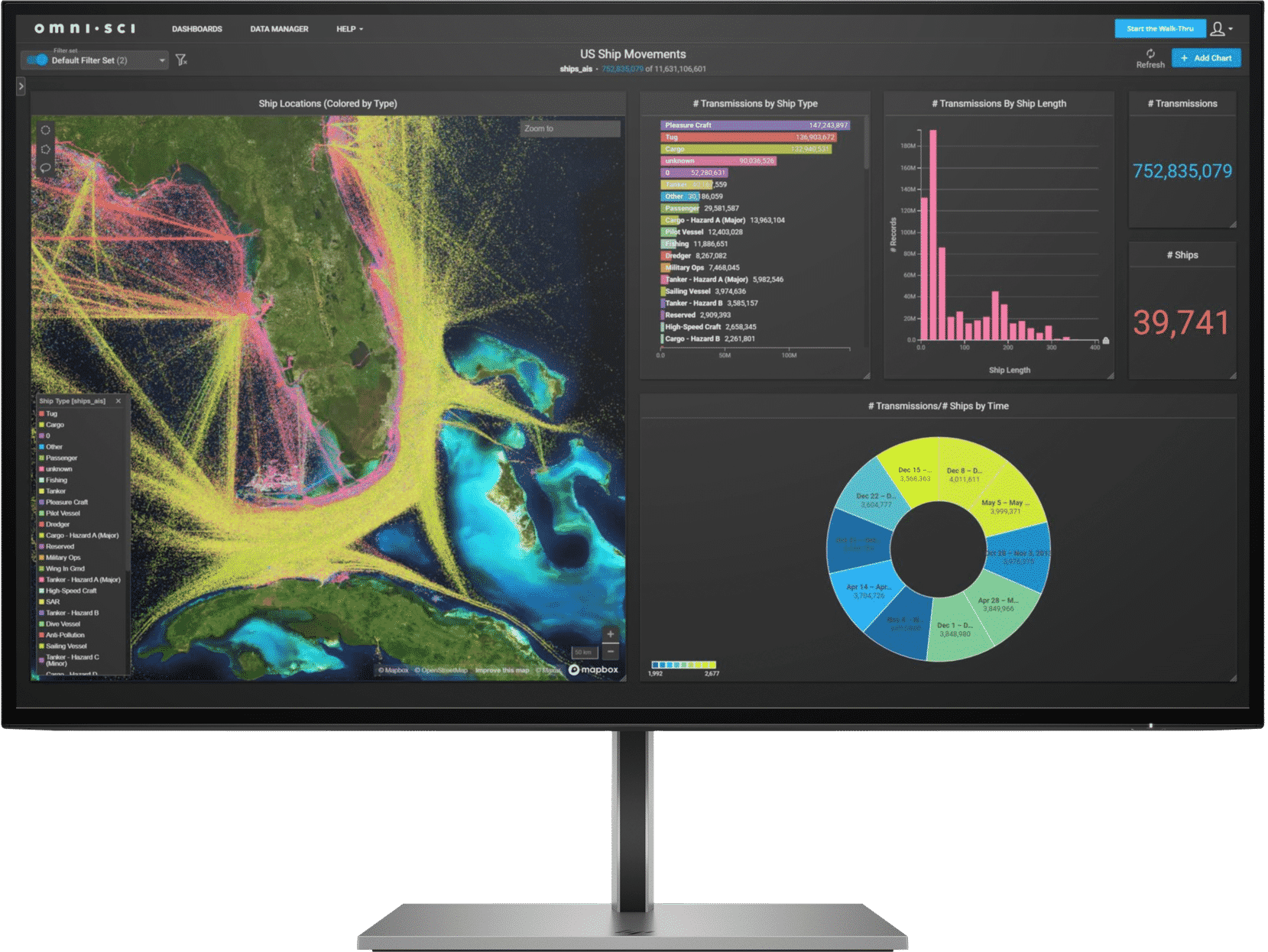 The HP Z27k G3 offers a crisp IPS panel with attractive features such as USB-C which makes it the perfect productivity monitor. the 4K monitor category has become highly competitive, so brands like HP keep churning out better and more capable monitors. The HP Z27k G3 is quite pricey, but can it best award winners like the Philips 279P1 or the Dell U2720Q? 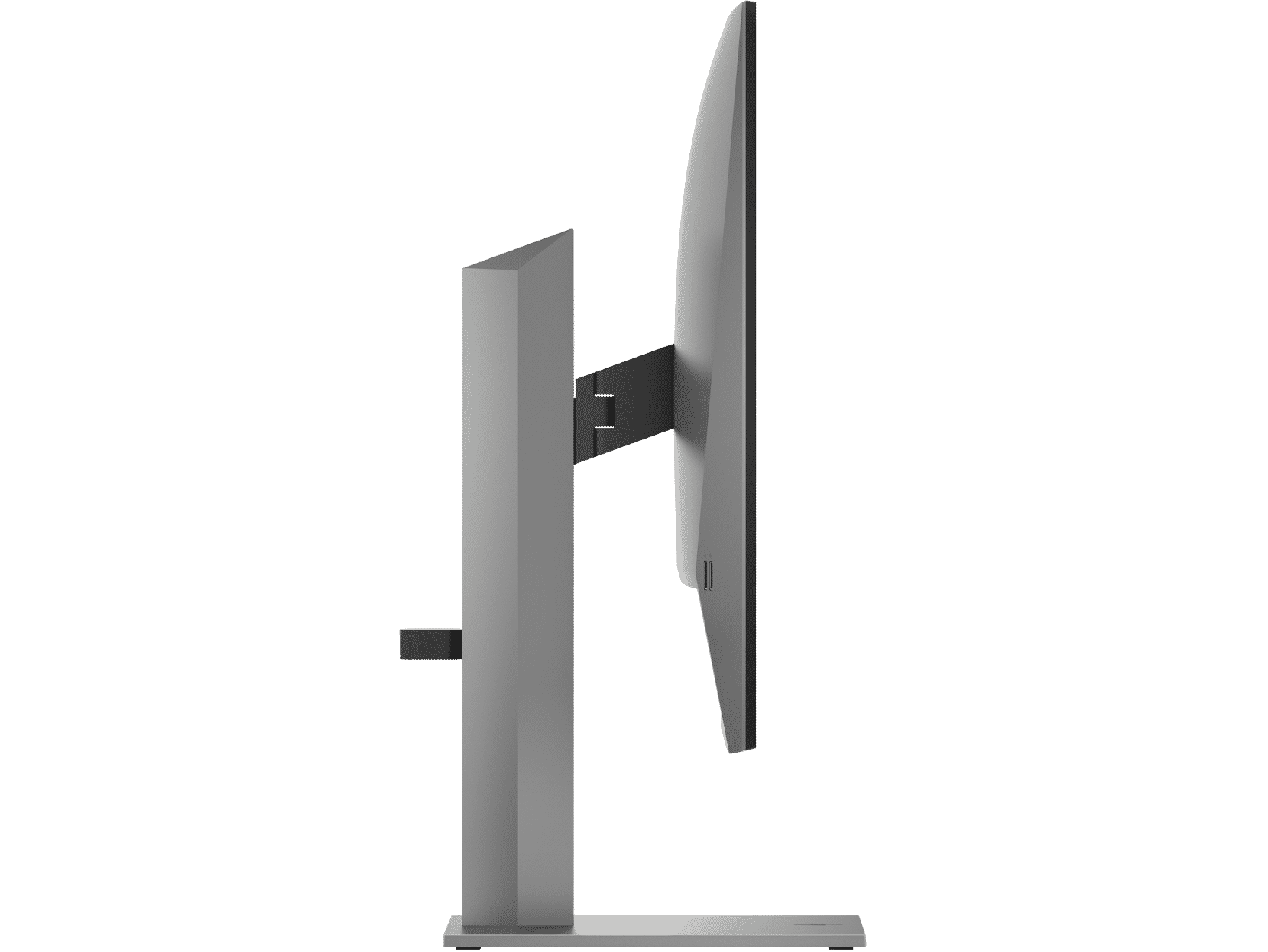 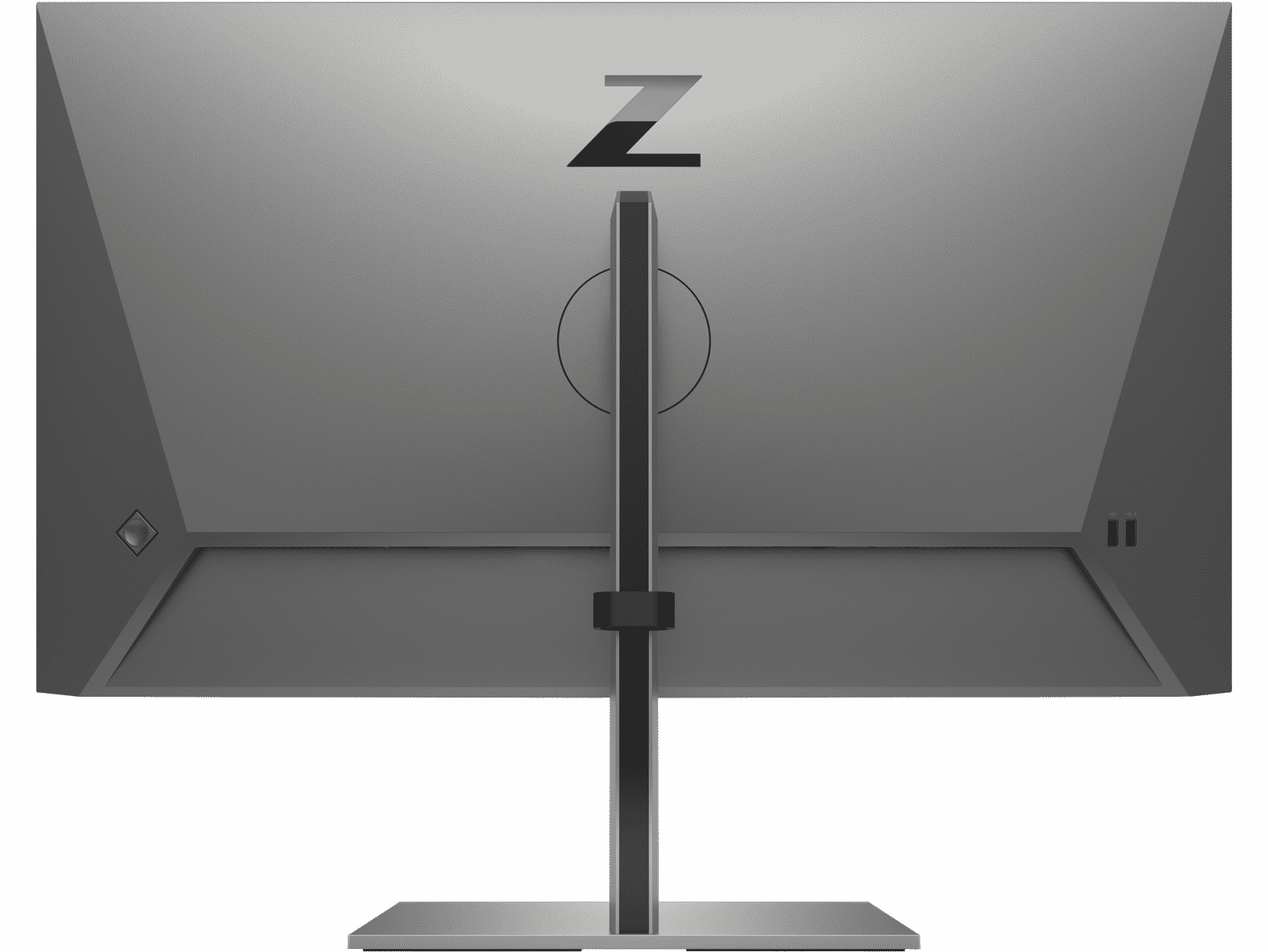 The HP Z27k G3 sports a sleek and sophisticated design that won’t look out of place in a high-end studio or an executive environment. The monitor uses a combination of matte black and silver which looks timeless while being easy to maintain. It sports a frameless design, so the visible bezels on every side are minimal.

HP’s products are usually slimmed down and sleeker, so the HP Z27k G3 isn’t any different in its dimensions and design. The device only needs eight inches of depth, but even its cabinet is quite slim and ideal for mounting. It doesn’t weigh a lot as well so it would be easy to move around if you reorganize your workspace frequently. 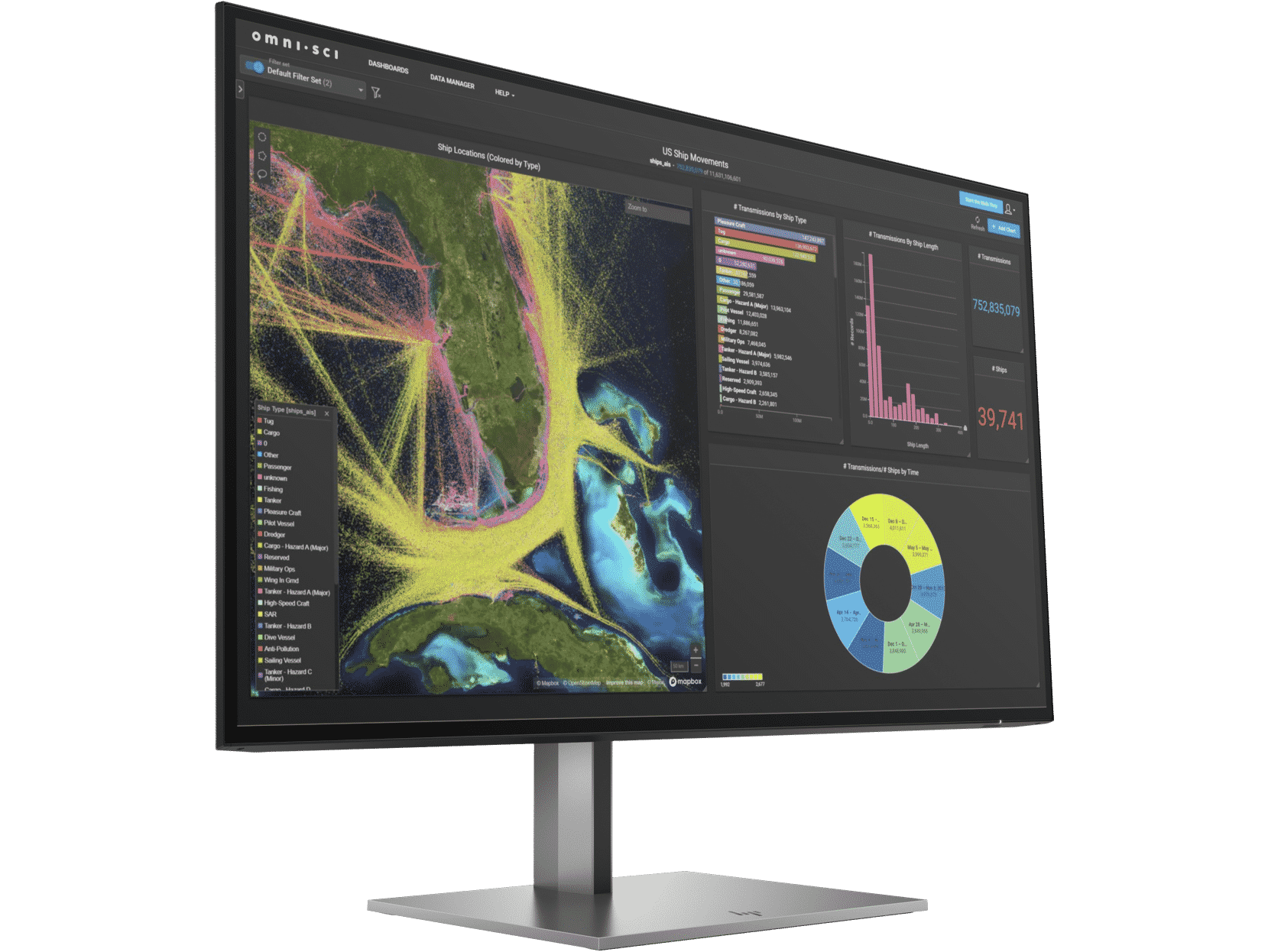 Build quality for the HP Z27k G3 is great since there are no signs of cosmetic defects or weak parts once it’s unboxed. The monitor is quite slim, but it doesn’t flex or feel like it will crack with a gentle squeeze. The display also manages to avoid wobbling so you won’t get dizzied by it even if you type heavily.

You won’t see any pesky buttons on the HP Z27k G3 since it has an OSD joystick which is much easier to use. It’s at the back close to the lower right corner of the screen so you can easily reach it even if you don’t have a direct line of sight. Anyone would want an easy-to-use tool for daily drivers, and we wish other brands would follow this trend.

The stand included with the HP Z27k G3 offers tilt, swivel, pivot, and height adjustments, so you can always get a comfortable view. This model is also compatible with VESA mounts, and it even includes an adapter plate for it. However, mounting it is mostly unnecessary unless you have multiple screens or if your space is limited.

The HP Z27k G3 has plenty of connectivity features, starting with a slot each for DisplayPort 1.4 and HDMI 2.0. It also has a USB-C slot that supports DP Alt Mode while delivering up to 100 watts of charging power for laptops. However, you need a compatible HP laptop to get that much power, or else you will be limited to 65 watts.

You will also find four USB 3.2 ports, an RJ45 LAN connector, and a 3.5mm analog jack with the HP Z27k G3. It’s armed to the teeth, but one thing it’s lacking is a pair of built-in speakers which would have been handy for work from home use. That’s ok for most products, but at this price range, we’d like to get as much as we can from a monitor.

The HP Z27k G3 offers a 27-inch IPS panel with a 3840 x 2160 resolution, a 60Hz refresh rate, and a 5ms response time. The backlight has a 350 cd/m2 ceiling while the contrast ratio is listed at 1000:1 like most IPS panels. This model doesn’t offer extensive gamuts, but it’s advertised to be factory-calibrated for excellent out-of-the-box accuracy.

27-inch 4K screens are crisp and detailed, so they are great for viewing images and videos or playing games. Some users feel that the pixel density can be too much when reading text, but you can easily fix that with scaling. It’s great for all-around use, but you might need adjustment when it’s time to process a massive excel file or read a wall of text.

The HP Z27k G3 covers 100% of the sRGB gamut with some extensions and around 85% of DCI-P3. That’s more than enough for daily use. The monitor is indeed pre-calibrated since its deltaE average is only at 1.54 using the default settings. This means the monitor is ready to go with very little adjustments to things like its brightness.

Calibrating the HP Z27k G3 with a colorimeter makes it even better since the resulting dE average went down to 0.66. that’s even better than some prosumer monitors in the market, so it can be used for editing in sRGB. Take note that you don’t need to buy a colorimeter for daily use, so we only recommend it if you are into editing and content creation professionally.

The HP Z27k G3’s backlight maxed out at 295 cd/m2 which considerably missed its rated specification. However, the contrast ratio is impressive for an IPS panel since it got up to 1283:1 at 60% brightness. Its black luminance is slightly better, but it still cannot produce deep blacks like its VA counterparts.

Panel uniformity for the HP Z27k G3  was decent since there were no considerable clouding issues that affected its output quality. However, there are some backlight leaks on the screen’s edges which can become noticeable in dark scenes. Take note that this aspect varies between every unit due to tolerances, so there are better and worse ones out there.

The HP Z27k G3 was not designed for gaming, but its pixel response time is decent enough for casual purposes. It’s still prone to blurring in fast-paced and contrasting transitions, so you need to its overdrive to get the best results. However, we don’t recommend the maximum setting since it will induce overshoot instead.

The HP Z27k G3 doesn’t list Adaptive Sync features, so you can’t use FreeSync and G-Sync with their respective GPUs. It’s understandable for productivity monitors, but compatibility would be handy for users who game on the side. Input lag sits at 10ms at 60Hz, so users won’t feel delays during any type of use.

The HP Z27k G3 is a great choice if you want a sleek monitor with an excellent screen and modern functionalities. Its calibrated from the factory, so most users can enjoy accurate and balanced colors out of the box. We like its sleek design that’s oozing with appeal and features, especially its 100-Watt USB-C socket.

However, one of the letdowns with the HP Z27k G3 is its 100 Watt power delivery is limited to the brand’s newer laptops. We dislike gatekeeping like this, especially with a monitor that isn’t particularly cheap. It’s a great pick for HP product users, but there are more practical picks for those who are not.