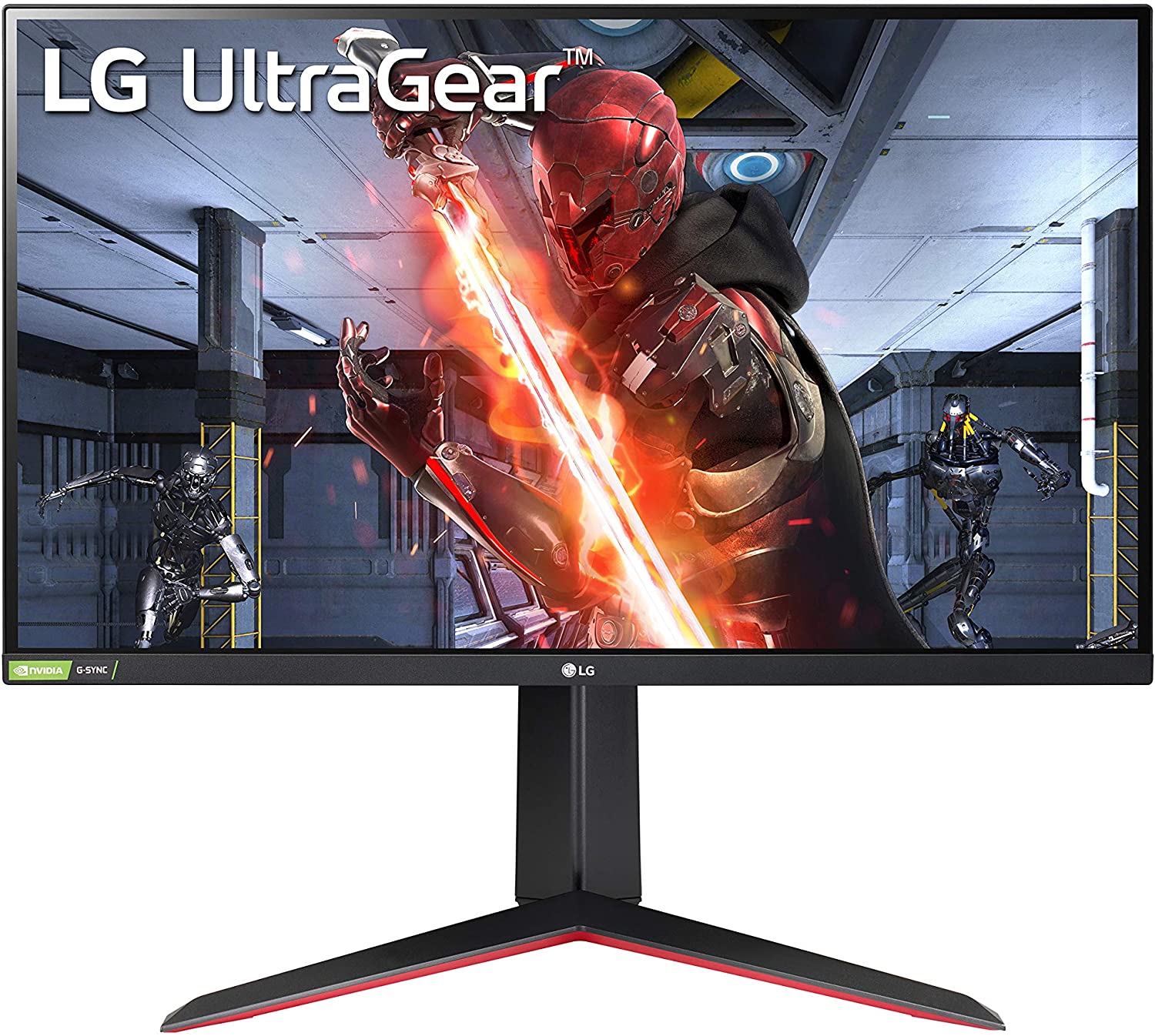 The LG 27GN650-B boasts a 144Hz Fast IPS panel with vibrant colors and blur-free smoothness that we’ve come to expect from the brand. It’s quite pricey compared to its competitors, but we think the extra cost has some merit when it comes to UltraGear monitors. Let’s find out if the LG 27GN650-B is worth the premium over best-selling competitors like the AOC 27G2 or the BenQ Mobiuz EX2710. 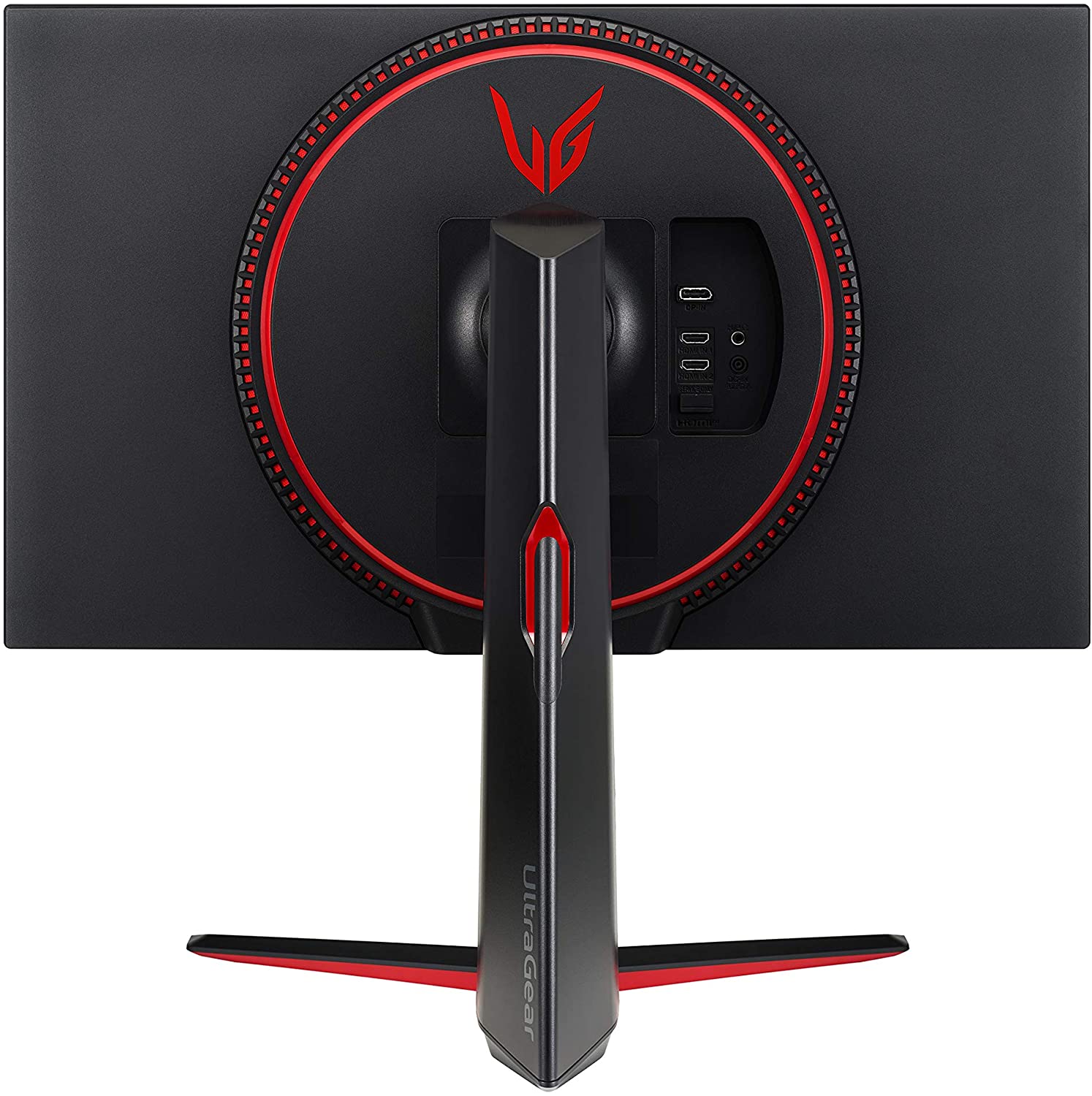 The LG 27GN650-B is almost perfectly identical to the 27GN850-B whose main difference is its higher 14400p resolution. The monitor has a matte black exterior that’s laced with red details in discrete spots. The display is bezel-free on three sides so there are fewer distractions and you can enjoy the screen even more.

The LG 27GN650-B is quite big for a 27-inch monitor since it eats up a lot of space on your desk. The massive stand needs almost a foot of depth which is good for stability, but bad for those with small tables or plenty of peripherals. However, don’t get us wrong since it is a pretty good stand that should last quite a while if you have the space for it.

Build quality for the LG 27GN650-B is excellent since there are no apparent weaknesses in the product. It’s mostly made out of plastic, but the panels used are thick and durable so they won’t easily flex or crack. We didn’t see any defect on the monitor’s edges and seams, plus there is no wobble coming from the stand.

The LG 27GN650-B also includes an OSD joystick that’s located in the middle under the bottom bezel. It’s very easy to access and responsive, so you don’t have to struggle with quick adjustments even while playing games. You can also use the brand’s OnScreen Control feature which lets you tweak the monitor directly from your OS desktop.

The stand included with the LG 27GN650-B offers tilt, pivot, and height adjustments so it’s easy to get a comfortable view. It doesn’t swivel so it’s not ideal as a secondary or peripheral monitor, but that can be solved using a VESA mount. However, buying one adds more cost which might open up your budget to higher-tiered variants. 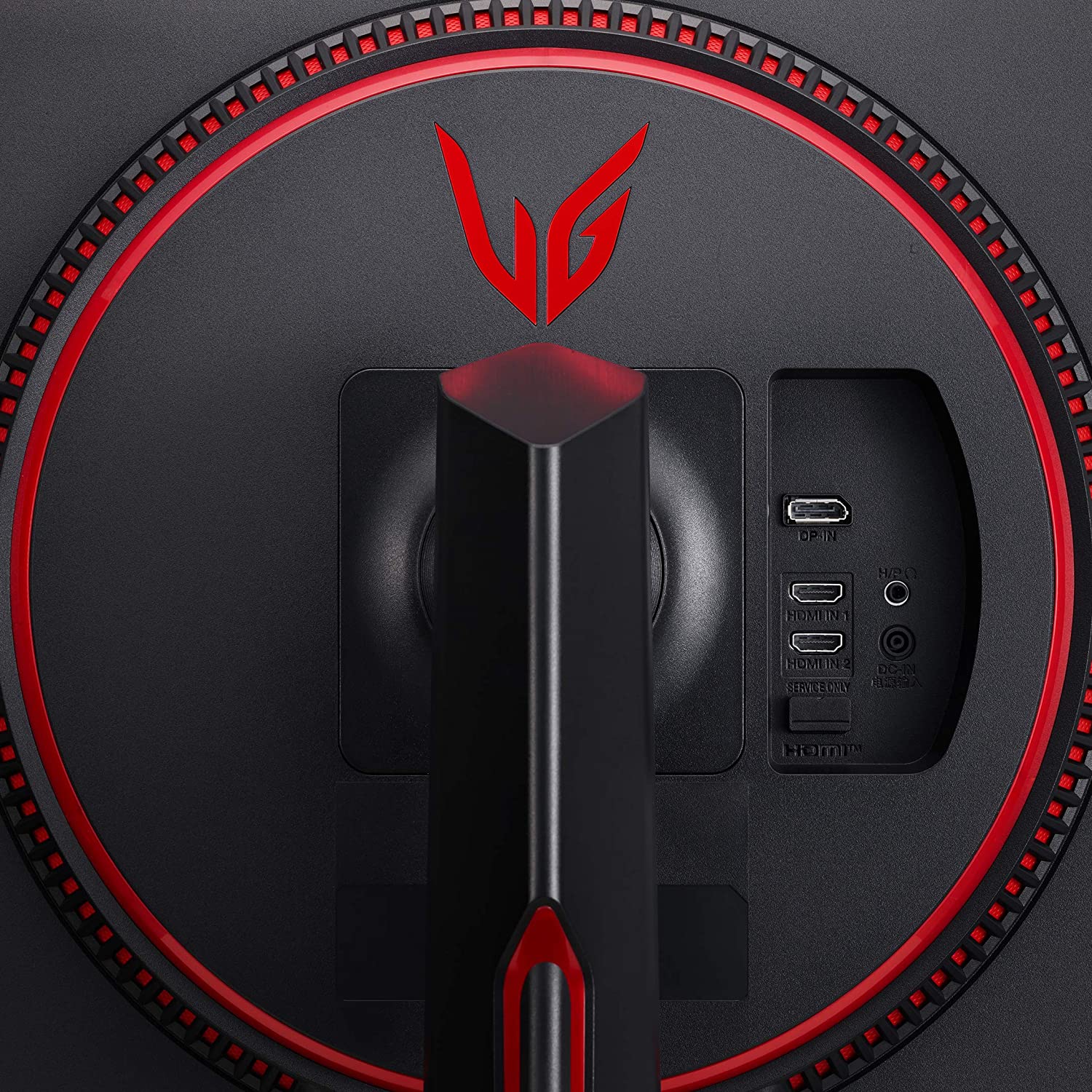 We wish the LG 27GN650-B offered more when it comes to connectivity since it is priced higher than its closest competitors. the layout includes DisplayPort 1.4 and two HDMI 2.0 slots, along with a 3.5mm jack for headphones. We’d like to see some USB slots as well at this price just to even out the extra premium you have to pay for the monitor.

The LG 27GN650-B doesn’t have speakers, but that’s ok since its target audience will most likely have gaming headsets anyway. Specifically tuned pairs will sound and work better for competitive games, so built-ins won’t see much use. However, we’d like to have more features at this price point since they can be used as secondaries for daily tasks as well.

The LG 27GN650-B sports a 27-inch Fast IPS panel with a 1920 x 1080 resolution, a 144Hz refresh rate, and a 1ms boosted response time. The backlight has a 350 cd/m2 maximum, but the contrast ratio is still limited to 1000:1 like most IPS panels. This model doesn’t have HDR certification unlike many of the UltraGear monitors, but it is compatible with HDR10 so it can translate the signals that carry it.

27-inch 1080p monitors are often disliked and dismissed since they are less crisp and can look pixelated depending on your seating distance. However, that is not the case for gaming since the screen makes small objects more visible. This is especially useful for competitive shooters, but big and bold letters from the screen with excellent legibility also work great for productivity.

The LG 27GN650-B’s IPS panel renders more than 100% of the sRGB gamut and around 89% of DCI-P3 for richer colors. Factory tuning is great as well since the default setting’s deltaE average is at 2.34. That’s far from a perfect score, but it means the screen is well-balanced and most would be hard-pressed to notice color errors.

Calibrating the LG 27GN650-B improved its dE average to 0.63 which is excellent for a gaming monitor at this price point. You’d normally see this kind of performance on prosumer monitors, but many LG IPS variants are quite capable in this regard. However, buying a colorimeter for a gaming display isn’t practical, so we recommend sticking with OSD tweaks if you don’t have the gadget on hand.

The LG 27GN650-B’s hovered around 290 cd/m2 in SDR and around 355 cd/2 when its fed an HDR10 signal. To be honest, that’s plenty for daily use, but it’s quite misleading if LG did intend to list the HDR peak in the spec sheet instead of the standard brightness. The contrast ratio is limited as well since the average was around 1031:1 at 60% brightness so blacks and dark scenes can look washed out.

The LG 27GN650-B needed some improvements in panel uniformity since it showed noticeable backlight bleeding and clouding along the top and bottom edges of the screen. Full-color images aren’t as affected, but there are some spots with deviances if you look close enough. Thankfully, this issue isn’t guaranteed on every unit since there are tolerances to be considered.

Responsiveness is another good quality of the LG 27GN650-B at its max refresh rate since it is practically free from blurring and ghosting. You won’t need to push its overdrive setting beyond its Normal level since the upper levels will induce overshoot. This performance makes it great for competitive FPS like Valorant just like many of the Fast IPS monitors in the market.

The LG 27GN650-B is a FreeSync gaming monitor, but it also works flawlessly with Nvidia’s G-Sync compatible mode. It’s nice to be able to choose between the two since you won’t be locked to a single GPU brand when the time to upgrade comes. Input lag sits at 4ms at 144Hz, so there is no need to worry about delays or de-synced instances.

The LG 27GN650-B is a very capable Fast-IPS gaming monitor when it comes to responsiveness and color quality. The vibrant screen is reasonably accurate out of the box, but it also responds well to calibration. You won’t need copious amounts of overdrive or strobing with this monitor since it’s blue-free with smooth motion handling.

However, the first complaint we have with the LG 27GN650-B is its price which is one of the highest in its category. Its backlight and contrast could also be better, and we’d love to have some extra features if we’re paying that kind of money. It’s an excellent monitor by today’s standards, but it’s simply too pricey when identical monitors can be had for considerably less.