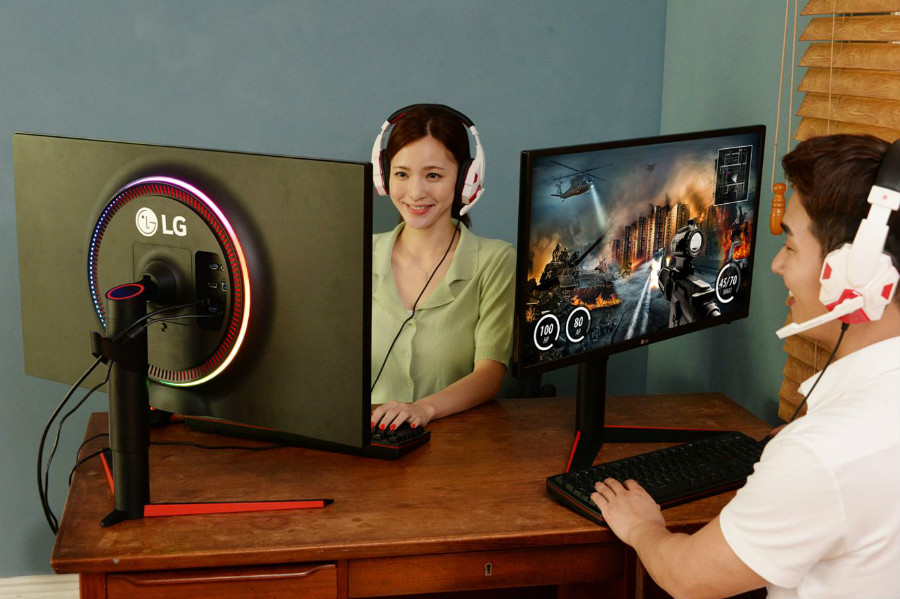 The LG 32GK850G and LG 27GK750F are two of the latest offerings from the Korean brand designed to meet the needs and expectations of gamers for buttery smooth gaming. The new line of GK monitors which includes these two promises to offer fantastic viewing experiences without sacrificing responsive performance for a competitive edge in any title. The LG 32GK850G and LG 27GK750F will represent the company’s long-standing quality and reliability in the future market of the gaming world while giving the competition a run for their money. 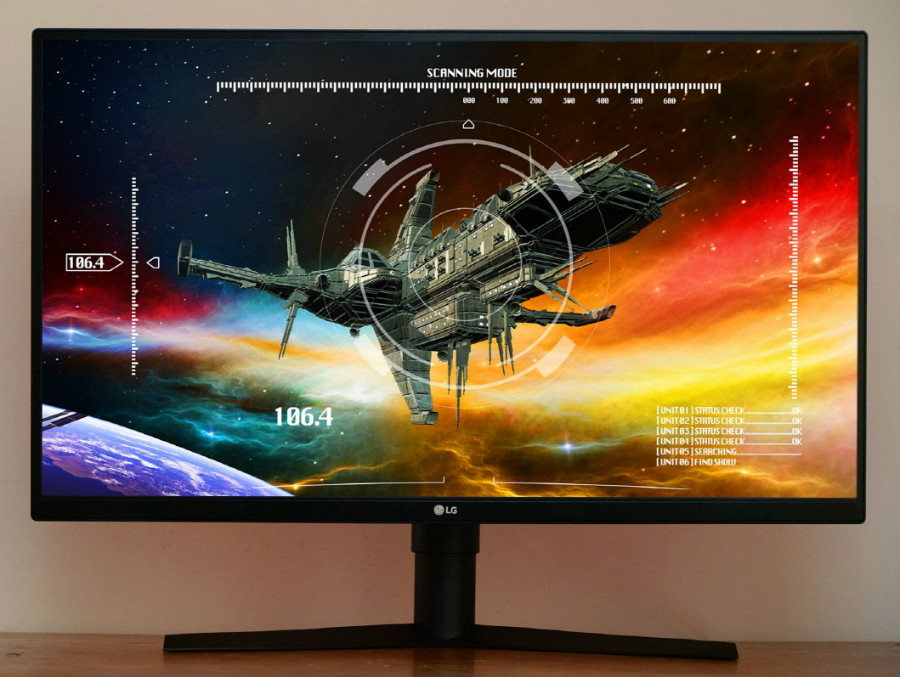 The LG 32GK850 is a beastly, 32-inch gaming monitor with a 144Hz panel capable of overclocking to 165Hz and a 2560 x 1440 resolution. This model as denoted by the G in the model number will include a G-Sync module for VRR compatibility with Nvidia GPUs. 10 Series Pascal cards are still king of the hill in high-resolution gaming, so pairing a GTX 1080 or a GTX 1080 Ti with this massive monitor will be perfect for a high-end battle station.

Specifications are not yet in the open, so we are unsure what type of panel the brand used in the LG 32GK850G. The company’s expertise in IPS panels should make the case of using the latter, although they are known to use modules from OEM manufacturers as well. What we already know is that the screen will have a peak brightness of 350cd/m2 and a comprehensive coverage of the sRGB gamut.

LG did not change its aesthetic approach on the LG 32GK850G since it will ship with a minimalistic appearance which comprises of a matte black texture with thin bezels. They are also using a newly designed stand with a Y-shaped base and ergonomic flexibility unlike most of their older products that could only tilt. The mechanism will use a hanger-like hinged attachment to the cabinet, but there is no word of VESA options at this time.

To spice things up and avoid looking like a vanilla monitor, the LG 32GK850G will include Sphere Lighting, which is an RGB LED ring at the back for lighting effects. Apart from being able to change its ambient lighting color and theme, this feature will also function both as a bias light and an active ambient light. Bias lighting helps to lessen strain by spreading gradient illumination, while the active ambient light helps immersion by coinciding with the colors on the screen. 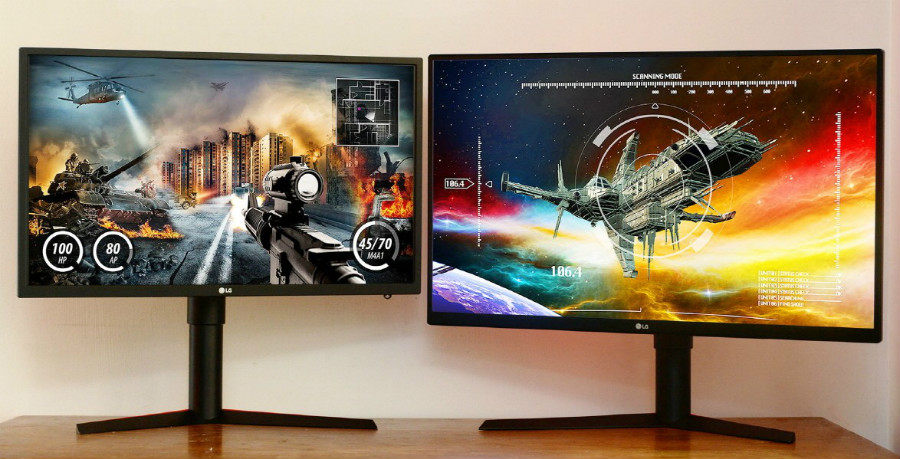 The LG27GK750F(smaller monitor in the picture above) is one of the first few in the market to offer a TN panel of this size with 240Hz. AU Optronics has had this module in development for some time, and we’re glad it’s finally surfacing to give gamers another choice to consider. LG has not yet released the final spec list, but this model will have a 1920 x 1080 resolution making it ideal for gamers who prioritize high FPS over eye-candy.

This model will also ship with every available enhance tool in LG’s arsenal which includes Dynamic Action Sync and Black Stabilizer. But the LG 27GK850F’s biggest feature is FreeSync for compatibility with AMD GPUs. For a responsive and smooth setup, this new model would make a superb pair for the new Vega GPUs which is capable of maximizing the 240Hz cap.

The LG 27GK750F will share its aesthetics with the G-Sync variant and also ship in matte black with slender proportions. From the initial images, we can see that bezels are thin enough not to pose a distraction against the 27-inch screen. Sadly, future owners will not get to enjoy the Sphere Lighting feature found on the LG 32GK850G which is meant for ambient lighting effects.

The good news is that the brand will not skimp on the stand which is directly identical to what the high-end option includes. Users will get to enjoy height, swivel, pivot, and tilt with minimal effort to get that perfect view angle. This mechanism will also feature a one-click attachment device, so there is no need for tools or complicated instructions in setting up the LG 27GK750F.

It’s both outstanding and exciting that LG is pushing out newer and better gaming monitors for the masses in its next wave of releases. Frankly, the brand doesn’t have as big of a presence as brands like Asus in the gamer scene, but this push might change that. The creation of the all new GK series spearheaded by the LG 32GK850G and the LG 27GK750F signals a new and improved effort from the Korean tech giant to take a larger slice of the pie.

The differing sizes and designations in the model numbers could also mean that we will see more offerings in the future. The LG 32GK7850G is the first 16:9 monitor with G-Sync from the brand following the LG 34UC89G ultrawide, and we can consider that as proof of the company’s diversification of its products in the gaming niche.

Search
NEW
POPULAR
You are here: Home / News / LG 32GK850G and LG 27GK750F – Latest LG Gaming Monitors with High Refresh Rates
This website uses cookies to improve your experience. We'll assume you're ok with this, but you can opt-out if you wish.Accept Read More
Privacy & Cookies Policy
Necessary Always Enabled
Share This