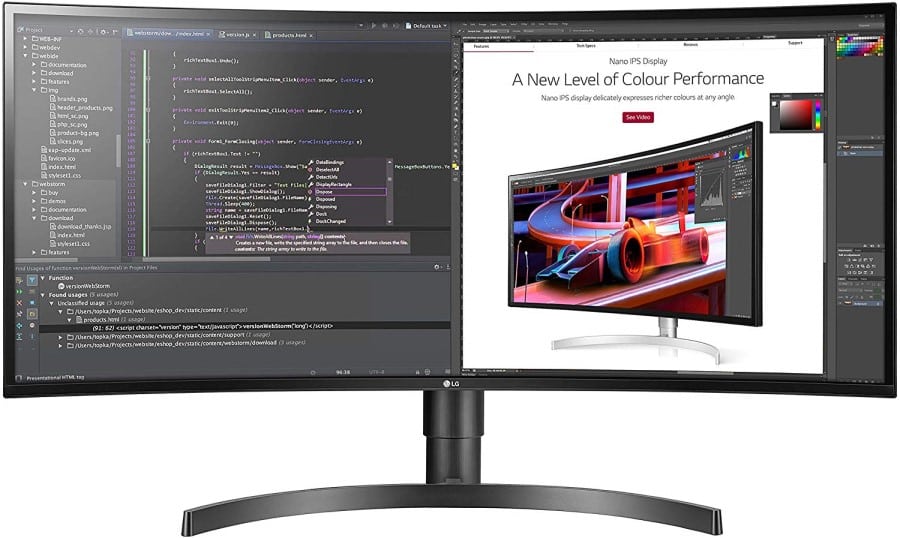 The LG 34WL85C is an inexpensive 1440p ultrawide monitor that is aimed at everyday use and productivity in multitasking. The monitor also carries the brand’s signature features found on upper-class models along with HDR10 compatibility despite its lower price point. The LG 34WL85C an attractive choice if you don’t want to spend a grand on-screen real estate, but what does its performance numbers look like? 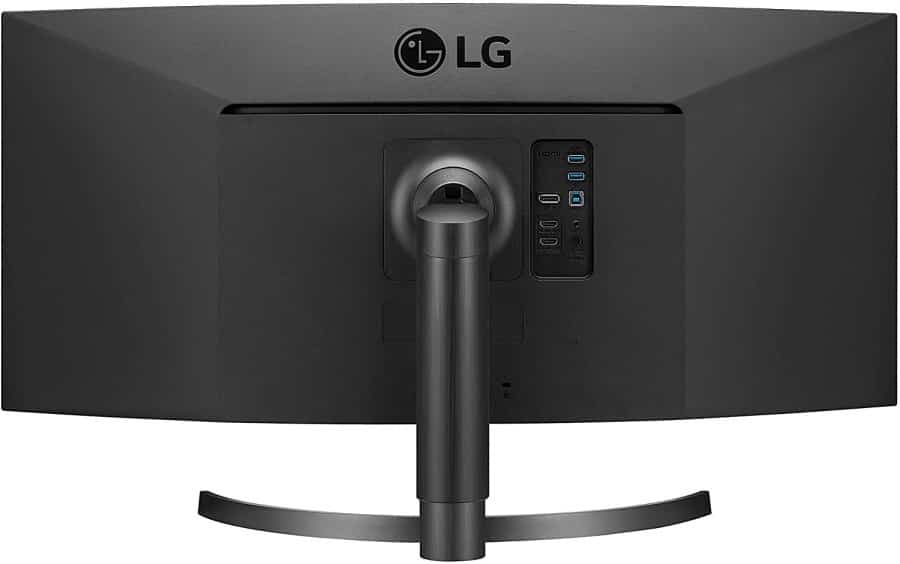 The LG 34WL85C sports the brand’s distinct minimalist design that makes their monitors more attractive than offerings from other brands. This model comes in an all matte black scheme that is timeless and practically maintenance-free. The screen is bezel-free on three sides so users can enjoy a maximized view all the time.

This model sits in a lower price segment, but LG did not cheap out on the build quality for the LG 34WL85C. The device feels solid and sturdy, plus there are no cosmetic defects such as sharp burrs on the whole device. You also won’t hear a hum from the screen or any kind of creaking from the joints thanks to the excellent quality control from the factory.

Controlling the LG 34WL85C is easy as peas since you don’t have to deal with pesky OSD buttons. The device has a six-axis joystick in tow, but you are going to love the brand’s On-Screen Control which lets you tweak the settings right in your desktop. Joysticks are already more user-friendly, but using your mouse for setting brightness levels or switching modes is much more convenient.

Another distinct feature of the LG 34WL85C is its ArcLine design stand which provides excellent stability. The placement of the upright towards the rear of the arc means you can push this model closer to a wall for more space upfront. The problem is the device takes up ten inches of depth which is considerably large if desktop real estate is limited.

You also don’t get a fully adjustable stand with the LG 34WL85C, but at least it lets you raise or lower the screen along with tilting it. This combination already gives users sufficient flexibility, and to be fair, you can’t pivot an ultrawide or swivel a curved display and view it an off-angle anyway. You can also swap it with a VESA mount that has a 100 x 100 pattern, but we don’t think it will be necessary for the general populace. 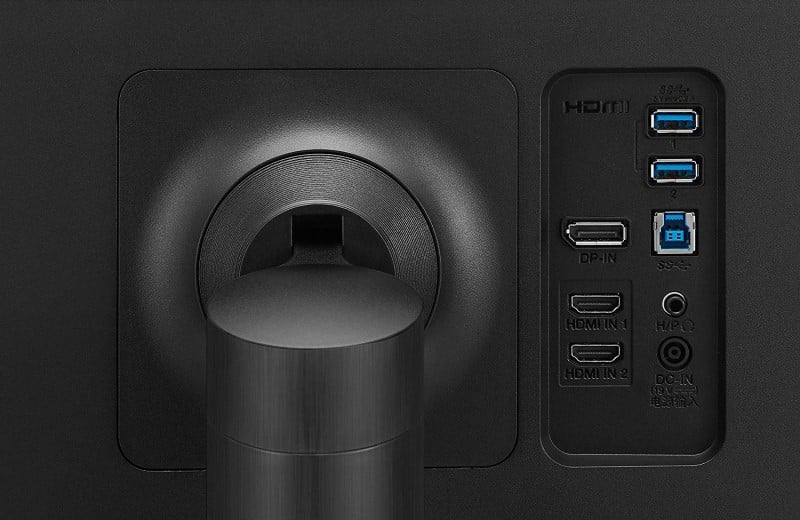 The connectivity layout at the rear includes DisplayPort 1.4, dual HDMI 2.0 ports, and three USB 3.0 slots for accessories. The monitor comes with DP 1.4 since its HDR10 compatible, but it’s not sufficiently equipped to give a true HDR visual output like some of the brand’s upmarket variants. This I/O panel doesn’t include a lot, but its sufficient in covering the two host devices which you can control simultaneously via the PbP feature.

There is also a pair of 7-Watt MaxxAudio speakers on the monitor which are surprisingly powerful enough for music and watching movies. Of course, headsets will be better for gaming, but having a pair that doesn’t populate your desk is a nifty bonus.

The LG 34WL85C sports a 34-inch ultrawide IPS panel with a 3440 x 1440 resolution, 60Hz refresh rate, and 5ms response time. The backlight is limited to 300 cd/m2, while contrast is rated at a typical 1000:1 and a minimum of 700:1. LG advertises this monitor as HDR10-capable, but it doesn’t have the requirements or capabilities outlined by VESA for HDR performance.

The 34-inch screen is considerably larger than the usual, but the resulting pixel density of 110PPI isn’t so bad, even for reading. It’s a different story if the LG 34WL85C had a 2560 x 1080 screen which would make some images hazy with softer edges. The QHD resolution fits perfectly, plus you get to enjoy more virtual space for your workflows and games.

The LG 34WL85C fulfills the company’s claims in gamut coverage, reaching as much as a 99.5% in the sRGB color space. Color accuracy could use some improvements since DeltaE had a 2.8 average, but we think its sufficient for regular use. You can use a colorimeter to bring the score down to DE 1.45, but in most cases, the cost of the additional gadget isn’t practical.

The screen’s overall temperature also misses the 6500K by a few points, so the screen looks warmer than the usual. The gamma is also lower than the ideal 2.2 at 2.15, but the deviance isn’t enough to wash out the screen’s vibrancy. The screen still looks balanced, but we recommend calibration if you need the monitor for photo editing.

The LG 34WL85C showed a maximum contrast ratio of 980:1, but the poor panel uniformity ruins it in the upper quadrants. The backlight leak at the upper corner creates clouding issues in darker images. Some colors in those areas can also look slightly washed out, but take note that this flaw will vary between unit to unit.

Pixel response time also isn’t the best on the LG 34WL85C, and the 60Hz limit doesn’t help in curing the resulting flaws. The screen ghosts when motion and color shifts happen on the screen, making the monitor less ideal for fast-paced titles. There is an overdrive feature in the OSD, but only the middle or Fast setting is usable since the max level will induce massive overshoot.

The LG 34WL85C doesn’t support FreeSync and G-Sync compatibility, so you can’t rely on VRR properties to ensure games are always smooth. Input lag is low at 9.5ms so there will be no delays, but the lack of adaptive sync and an extended refresh rate will make budget ultrawides like the MSI MAG341CQ more appealing.

The LG 34WL85C is an excellent productivity monitor thanks to its decent image quality and very useful features. The PbP mode which lets you control two devices using a single screen is spectacular for multitasking and breezing through a ton of workflows. The unified interface offered by the OnScreen Control makes every setting change or input fuss-free and convenient.

On the other hand, gaming performance is lacking on the LG 34WL85C even if its input lag is very low for a 60Hz display. However, the model isn’t marketed for that kind of use, so we can’t dismiss it as a bad product right away. The LG 34WL85C is a great buy for professionals, but you have to look elsewhere for entertainment purposes.