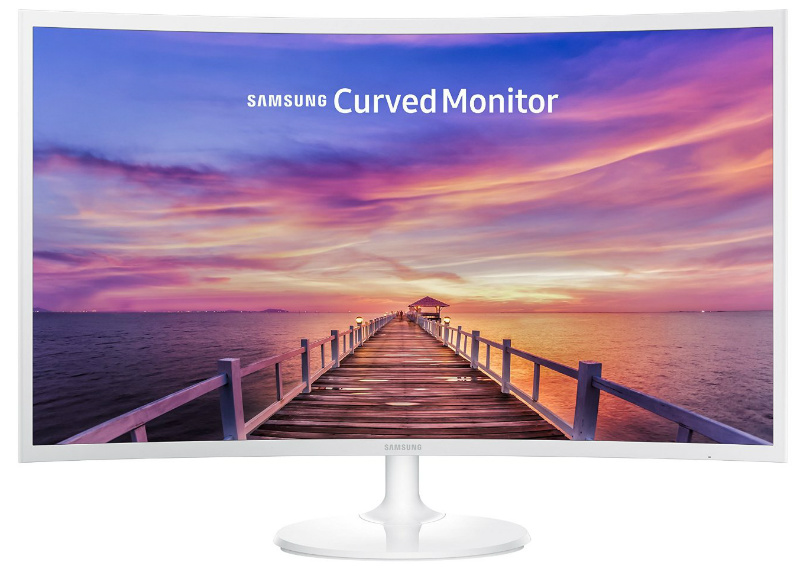 The C32F391FW goes by many names, and all of them just so happen to be alpha-numerical gibberish to the everyday consumer. With regional designations aside, this monitor’s more commonly acknowledged as the C32F, if acknowledged at all, and is a page straight out of Samsung’s “for gamers” playbook, which is the CF Series of desktop displays. At a comfortably large size of 32-Inches and a curved screen, this FHD 1080 monitor aims at being an instant go-to display for the budget gaming crowd who’re looking for something more than an everyday 1920×1080 display. With certain features which are not seen together all that often on the same monitor, the C32F wears its oddities with pride, but can those novelties justify a price tag that’s in the range of some of the better WQHD monitors out there, with much better feature lists? 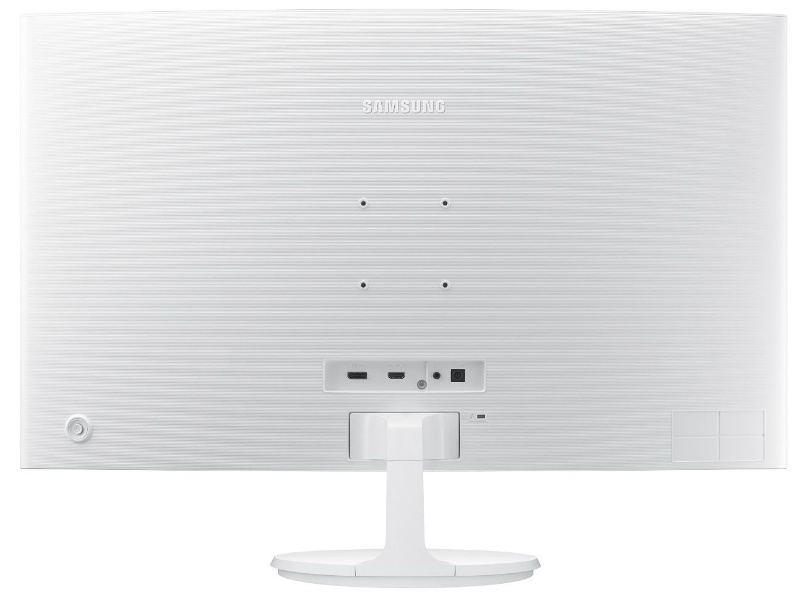 As with all Samsung’s CF monitors, the design is that signature trait that resurfaces with every new model. Minimalistic, are the modifications and diversions from the original design, with modernistic beauty being the theme, helping the C32F sell on the fact it’s trying to be different from the regular slew of monitors on the market. With sharp edges, straight lines, and nicely rounded bevels, the glossy silver frame keeps the curved VA panel looking great and keeping you distracted from its shortcomings.

A great feature and a pretty good idea that was thought up by the nice folks at Samsung was the JOG joystick on the back of the monitor. Great for quickly accessing and navigating the firmware control menu, which neatly packs all the monitor controls into an easy-to-navigate matrix. Gone are the usual touch controls or buttons that are noticed on most other displays, making for a very clean look. The joystick sits just behind the monitor, at the bottom corner and takes up very little space. Rather accurate and almost instinctual to use, the JOG control on the C32F is one of the best perks of the CF series of displays.

Samsung’s also learned from past slip-ups and added a VESA mount on the monitor, this time around. It looks like it fits it rather comfortably as well, thanks in part to its large size. The mounting bracket is fitted into the back of the case, almost seamlessly, so as not to blemish that beautifully ridged rear casing.

The rear casing features very little on its landscape, to keep things looking clean and neat. They’re the holes for the VESA mounting bracket, as well as a strip of the usual connectors. There are an HDMI and a Display port, for your preferred graphics cable/s, and a DC port for the power connector. There’s also a direct headphone jack port here, for those that care to use it.

The C32F also packs a pair of 5watt speakers, which are a nice touch.  The monitor, unlike a few of its predecessors, also comes with orientation options, which, although limited, are much better than nothing at all. And if you crave a bit more flexibility, the stock stand can always be traded in for a VESA-compatible one. 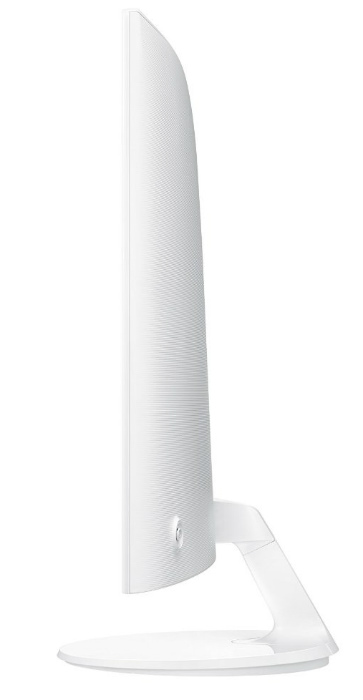 The display on the C23F leaves many things to be desired, unfortunately. The curved display on its smaller predecessors was capable of outputting some pretty nice images. The problem with the display on the C23F, however, is that the screen is a little too large to be taken seriously at 1920×1080, in this day and age. We’ve got phones and tablets that operate at 4k resolutions. We’ve even got WQHD tablets that are around the same price as the C23F. With the 32” 1920×1080 resolution, you’ve got what is essentially a smallish image that’s stretched across a large surface just about to fit it. The loss in pixel density is rather expected on this side but is still extremely disappointing. The smaller CF model from last year held contrast at around 5000:1. For comparison, the C32F’s contrast ratio looks like it’s at 3000:1, due, in part, to the large screen size, even though it’s listed as a 5000:1 display on the Samsung website.

The display, however, also runs a VA panel that makes the contrast stand out. The colors are pretty… well, colorful, but not crisp, given the smudginess of the low pixel density. With an ~sRGB color gamut, the C32F is nowhere close to the best there is, but the WLED backlighting and contrast capabilities of the display help.

The panel on this curved display is, oddly, an almost invisible matte SVA panel. With clear images up to 175 degrees, after which, the sheen will start to show. This also means that, realistically, you’ll only have about a few tens of degrees of lean space, taking in to account the aggressive 1800R curvature of the monitor. Beauty has its price.

The monitor runs a 1920×1080 resolution at 60hz which is your run-of-the-mill resolution and refresh rate, nothing really impressive at any rate. The Samsung C32F also boasts a 4ms response time, which should make even the smallest color changes in frame updates print instantly, but with the low gradient ghosting of the SVA panel, you can’t really appreciate it. Samsung’s WLED backlight is flicker-free, and the monitor also comes with an eye-saver mode, enabling long hours of use with little to no fatigue experienced. The monitor also comes with a few other modes and presets, dedicated to gaming, movies and the like, but the preset names are rather vague. It’ll take a bit of experimenting to find one you’d like.

The Samsung C32F feels like a decent 1080 monitor but is dragged down by its underwhelming resolution plastered on a relatively large screen. The features are a nice touch, and the joystick is a breeze to use, but with a price point of $400, it all seems like a case of “too little, too late.” The Samsung C32F391FW makes it hard to recommend itself as a good monitor to buy, as there are simply much better options at much lower prices. If you’re going for large size, you’re better off with a WQHD monitor in the 30” range, like the HP OMEN 32 or the Asus PB328Q. This is the sort of monitor that would be a decent buy when there’s a good discount making the rounds, but not something worth throwing money at.